How to Survive in a Malfunctioning Spacesuit

How to Survive Falling Into Thor’s Well

How to Survive Being Taken Hostage

How to Survive 24 Hours in Death Valley

How to Survive Falling Into the Door to Hell

How to Survive a Wildfire

How to Survive a Black Hole

So you happen to be traveling in space, exploring the Universe. Then you start to see planets and stars disappear. Outer space begins to get darker and darker. You look off into the distance and notice this thing. And now you’re about to jump into it. Here’s how to survive falling into a black hole.

Black holes are one of the most dangerous things in the Universe. Nothing can escape them, not even light, due to their incredibly strong gravitational pull. But even though this black hole is inescapable, is there any way you can survive jumping into it? What type of black hole would you be most likely to survive? What type of spaceship would you need? And how could this lead you to a new dimension?

Now, I know this probably isn’t something you’ll get the chance to do, but being able to choose the black hole you jump into can be the difference between life and death. Your first instinct may be to choose the smallest black hole you can find. But that’s the opposite of what you want to do.

The bigger the black hole, the weaker its gravitational pull. This you are less likely to be stretched apart and less likely to die. You’re also going to want to choose a non rotating black hole with an electrical charge, as those you might actually have a chance at
surviving.

Black holes can emit intense levels of heat and radiation. Using the wrong spaceship could mean you’d be instantly disintegrated when
you get close enough to the black hole. But using a spaceship with a strong radiation shield will help to ensure that you won’t die instantly when you reach the black hole.

Don’t try to speed away from the black hole. That will only bring you there faster. Just wait, and prepare yourself. When you get to the
black hole’s event horizon, you won’t be able to stop. And with all the radiation and heat, your ship will only be able to
last for so long.

You’re going to want to move past this event horizon and onto the Cauchy horizon. This is where time and space starts to get a little
wonky. And now that you’re here, your body will begin to stretch and bend in every direction. Not to mention, the bounds of time and space all around you will also begin to stretch. It’s safe to say that being in the Cauchy horizon will be incredibly strange.

The Cauch horizon will cause you to stretch and bend more, possibly leading to your death. But since we’re going to avoid the dying part, just brace yourself and keep moving throughout the black hole. Once you’ve reached past the Cauchy horizon, this is where things get a little bit sci-fi. That’s because, after this point, science isn’t exactly sure what happens this far into a black hole. You might be completely obliterated by the black holes force, or it might lead to something entirely different.

So, assuming you haven’t been destroyed by the black hole, now it’s time to get out. Although science doesn’t even know if this is possible, there are theories there might be wormholes inside of black holes. Sure, this trip into the unknown will be incredibly scary, but it’s your best bet for surviving.

On the other end of the wormhole, you could find yourself on another planet, dimension, or maybe even your own Universe ten years in the past. There’s no telling exactly what will happen. But if you don’t at least try this, you’ll end up falling into the black hole even further, until you get ripped and stretched apart by gravity. 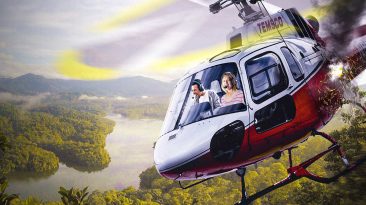 How to Survive a Helicopter Crash

Picture this, you’re flying effortlessly over the sea to photograph a pod of dolphins, when all of a sudden, the engine fails on your helicopter. As you plummet... 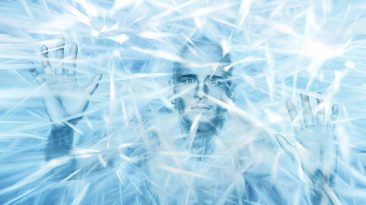 How to Survive Cryopreservation

Have you ever dreamed of seeing the distant future? Or maybe just fast-forwarding to when hoverboards finally exist? In the world of cryonics, many scientists believe...

How to Survive the Jurassic Period

Time travel has just been invented. And — congratulations — you’re being sent 200 million years back to the Jurassic period. After hurling through time and space, you...