Hundreds of meters underground. Large enough to house tens to hundreds of thousands of people. And walls strong enough to withstand the force of a nuclear blast. These are some of the world’s deepest, and largest bunkers. But even in an apocalypse, you wouldn’t be completely safe in one of these.

Earth-penetrating weapons, like the 1.2 megaton B83 warhead, can demolish bunkers 300 m (1,000 ft.) deep. What would it take to build a deeper bunker? What would life be like inside it? And why can living underground be dangerous?

The deepest hole in the world, the Kola Superdeep Borehole, penetrates about 12 km (7.5 mi) below the Earth’s surface. In comparison, underground bunkers are usually built at much shallower depths. One of the deepest bunkers in the world, the Cheyenne Mountain Complex, is only about 610 m (2,000 ft) deep. So what’s the problem? If we can dig tens of thousands of meters into the Earth, what’s stopping us from making a bunker just as deep?

The truth is, we do have the tools and technology to build the world’s deepest bunker. The only things we’d need are lots of time and money. Lots and lots of money. As we dig deeper and deeper, the soil pressure will continue to increase. It’ll become expensive and difficult to keep the hole from collapsing in on itself.

We could use sheet pile walls to support the soil pressure. They’re commonly used in construction and excavation. But the deeper we dig, the harder it is to construct the walls.
Another way we could work around this is to dig narrower and narrower as we reach the bottom of the hole. It would look similar to an open pit mine. The soil would be stable without the need of any support.

Then, all that’s left is to build the bunker right in the middle of the hole, and fill it back up afterwards. Sure, it’ll be safer, but ridiculously pricey and time consuming.
Some of the most expensive bunkers cost millions of dollars to build, so it’s safe to say that building the deepest bunker could easily cost a fortune. But what if we had the money and resources to build the bunker? What would life be like if we had to stay down here?

Now, don’t be expecting a five-star bed and breakfast. You’ll be surrounded by thick, tightly sealed concrete walls so no gas, water, or radiation can get through. And before you get settled in, you’ll need to make sure that the bunker has a reliable power source underground, a good air filtration system, and an ample supply of food and water.

The food down below in the bunker wouldn’t be much different than what astronauts eat up above. Your diet would consist of dehydrated or freeze-dried foods to prevent spoilage and to save space.

That is, until hydroponic farms can be built. This is what farming could look like in an underground bunker. Instead of soil and sunlight, some hydroponic farms use nutrient-rich water, and artificial light to grow plants.

Not only that, by using aquaponics, fish and plants can be farmed together, even indoors. Eating fish can help provide us with an essential nutrient that we’ll definitely be lacking underground. Vitamin D. Sadly, if you’re living underground, you won’t be able to get under the Sun and work on your tan. But there are much bigger problems you’re going to have to worry about.

Most of the Vitamin D we get is from the Sun. We need this vitamin to keep our bones strong and healthy. UVA and UVB rays from the Sun are essential so we can make Vitamin B in our bodies. It helps boost our immune system and it keep us happy and energized.

A lack of sunlight can cause other health problems too. It can cause seasonal affective disorder, a type of depression that occurs in fall and winter, when there’s less light.
The Sun also helps to keep our circadian rhythm in check. It’s the body’s internal clock and helps to regulate our sleep patterns. Without the Sun, people in isolation have slept as much as 48 hours at one time.

Maybe we could use LED lamps to provide artificial sunlight, and a diet with a lot of Vitamin D rich foods. Now that everyone has enough food and light, there’s one more important thing that we’ll need to take care of, the community. With everyone’s lives confined to the bunker, staying connected will be ever so important.

You’ll need to rely on other people as you adapt to this new lifestyle. Creating a normal life in the bunker where kids go to school, adults go to work, and each person has their own room can help everyone adjust. 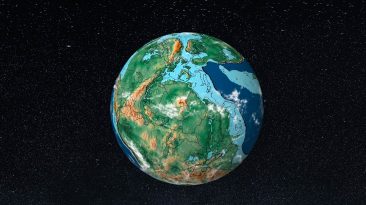 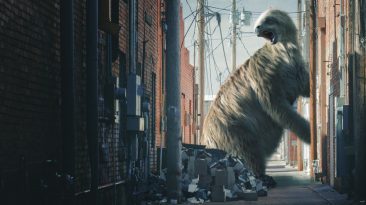 Really slow. So what if evolution had the same mindset, and decided to take its time before getting rid of some prehistoric creatures? What if the giant sloth was still... 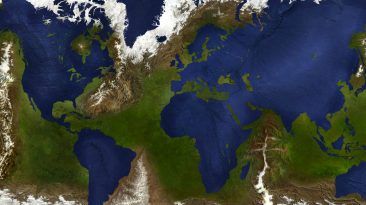 What if all the Earth’s land became ocean, and all the oceans became land? And what if our mountains turned into deep trenches, while the trenches grew to the... 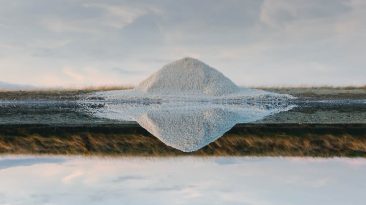 What If There Was No Salt in the World?

Cities have been named after it, economies have been built on it, wars have been fought over it, your life depends on it. Salt may be the most important, and the most...