For over half a century, we’ve searched for radio signals from extraterrestrial civilizations. But it’s, been, well, a little quiet. Are they ignoring us? Or have aliens already made contact without us knowing it? The truth could be hiding in plain sight.

How has technology helped us look for extraterrestrial life? Could bacteria contain secret alien messages? What if aliens already live among us?

Since the 1960s, scientists at SETI (the Search For Extraterrestrial Intelligence) have had their ears to the skies, listening for signals that could prove the existence of exterrestrial life. Recently, bizarre and intermittent fast radio bursts were detected coming from a spiral galaxy like the Milky Way, 500 million light-years from Earth. Some scientists wonder if these pulsating signatures from space are the result of mini black holes, pulsars, or even alien megastuctures.

But could these signals actually be aliens trying to communicate with us?

Scientists at Harvard theorized that the energy needed to send a radio signal to a distant galaxy would require a planet twice the size of Earth covered in energy collectors. While it is possible, scientists have found an easier way for aliens to talk to us. And according to Robert Zubrin, it could involve teeny tiny interstellar light sails.

This idea has been gaining enough ground that the Breakthrough Starshot project is working on nano spacecraft. Someday, they hope to beam them all the way to Alpha Centauri.
While tiny spacecraft could travel great distances, bacteria could potentially survive the journey as well.

This is because it’s easy for a bacterium to duplicate itself. And as microorganisms, they are small enough to overcome the gravity of stars, making it possible for them to travel interstellar distances.

Hypothetically, a microbial nanocraft could be beamed from Earth and travel one light year every 10,000 years. In 50,000 years, it could reach nearby stars. But why would aliens be sending us bacteria? Well, the answer is in DNA.

Just one gram (0.03 oz) of bacteria could be encoded with about 900 terabytes of DNA data. Imagine a 200-page book. Now imagine 2 billion of those books. That’s how much data. In fact, microbiologists think that alien messages may already exist, hidden in DNA here on Earth, waiting to be decoded.

Researchers suggest these messages could be found by determining which bacteria could survive the conditions of space. In fact, some astrobiologists on the ISS have experimented to see if all life on Earth could have come from extraterrestrial microbes. This theory, known as Panspermia, suggests that microbes may have hitched a ride on a comet that crashed into Earth.

Okay, okay, but are we really alone? While microbial alien messages could exist, we’re still not sure what these alien messengers might look like. We’re mostly familiar with terrestrial life, where all living beings are made from cells using molecular machinery.

With most life here on Earth being carbon-based, we might just be looking for the wrong kind of life. Many biochemists suggest that silicon-based lifeforms could exist. In fact, some scientists, including British chemist and astronaut Helen Sharman, suggest that aliens could exist in a place we cannot see or study, known as a shadow biosphere. These invisible aliens could exist at a microscopic level beyond our comprehension.

With recent UFO sightings being declassified by the Pentagon, many people believe that aliens have already visited us. Maybe, in the not too distant future, with the help of SETI, we’ll finally prove that we’re not alone. Be sure to tune in to our latest podcast episode on What If Discussed to learn more. 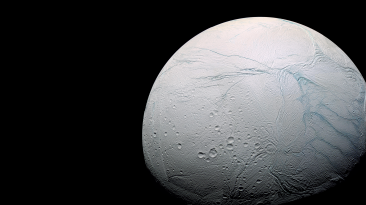 Aliens?! Enchiladas?! What is this world coming to? Or should I say, what is coming to this world? First of all, yes, it’s pronounced Enceladus (EN-CELL-A-DUSS)... 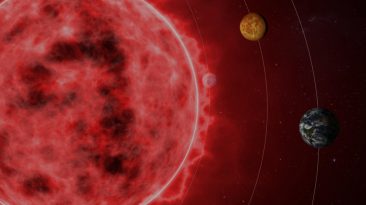 What if instead of shining brightly for another 5 billion years, the only star in our Solar System turned into a dark and cold remnant? A black dwarf. How long... 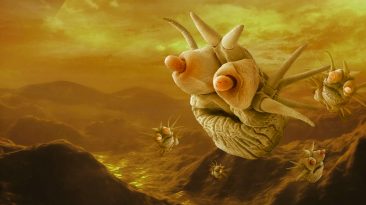 Is alien life really out there? Humanity has wondered about it for decades, and according to scientists, this might finally be a reality. Astronomers have discovered... 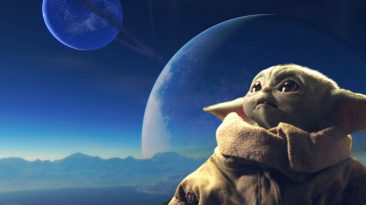 One task, you have. Find Baby Yoda, you must. The tracking fob, guide you it will. Where, begin your search, would you? It sounds like an easy task. But we...