Would you ever want to buy your own planet? Even if it was just the size of a house?

It could be the perfect vacation spot! Unbeatable privacy and breathtaking views, what more could you ask for? Well, before you go signing the mortgage, there are a few things you’d want to consider.

Like, would a tiny planet have air for you to breathe? Could you grow food there? And would there be enough gravity to keep you on the surface?

To figure out what life would be like on a tiny, house-sized planet, you’d have to find one first. But the smallest planet that we’ve discovered so far is called Kepler-37b, and even that is still about the size of our moon.

So maybe you’re better off looking at an asteroid instead. They’re not technically planets, but they can be as small as 10 m (33 ft) wide, so they fit the physical properties you’re looking for. But there are a lot of asteroids out there, so how do you pick the best one to live on?

The main asteroid belt in our Solar System orbits the sun roughly between Mars and Jupiter. It contains three different types of asteroids: stony, carbonaceous and metallic.

The kind that you’d be looking for is carbonaceous, because those asteroids are usually made up of 10 percent water, which can be broken down into oxygen for breathing. How about this one? It’s about 10 meters (33 feet) wide, just the size you were looking for. It almost seems a little too convenient, doesn’t it?

Well, that convenience wouldn’t last long. Once you’d landed on your new, tiny planet, you’d realize that the conditions are a lot different from what you’re used to.

The other forces wouldn’t be strong enough to pull you off the planet, but they would result in you feeling a mild stretching sensation as they compete with the gravity of your planet. Speaking of gravity, you’d also have to be careful how quickly you move around on this planet, because if you move too fast, you could escape its gravitational pull.

Every planet has something called an escape velocity, which refers to the minimum speed an object must have to escape its gravitational field. On a planet this size, the escape velocity would be 5 meters (16 feet) a second.

That means that you could technically leave the planet by getting a running start and leaping off a ramp, and then you’d be floating off into space. So assuming you’re not going to try that, you’re going to be here for a while, and you should probably start figuring out how to survive.

The first thing to worry about is where you’re getting your food. I hope you like veggies, because any meat is pretty much out of the question.

Not only would you have to bring some livestock along with you through space successfully, you’d also have to find enough room to keep them, and grow food for them – and you don’t have much room to work with. For the vegetarian option, you could bring something similar to what NASA uses on the International Space Station.

It’s called the Vegetable Production System, and it’s a garden that’s about the size of a piece of carry-on luggage that can hold six plants. It’s specifically designed to grow plants and vegetables in microgravity conditions.

No, you wouldn’t have the most exciting menu on your rocky retreat, but at least it would keep you alive. But before you go trying to figure out anything else, there’s something you might want to see.

A 2019 study published in The Astrophysical Journal states that any planet smaller than 2.7 percent of Earth’s mass would lose its atmosphere, and any liquid water it might have, due to a lack of gravitational force. Even 2.7 percent of Earth’s mass is still double the mass of the Moon, so your tiny planet would be without those two major components for sustaining life.

If your planet can’t hold an atmosphere, then you wouldn’t be able to breathe, and you wouldn’t have protection from the harmful radiation of space. So maybe buying yourself a tiny planet wouldn’t be a great idea after all.

Eight planets, hundreds of moons, hundreds of thousands of asteroids, and billions of comets orbiting our Sun make up our Solar System. And not once has a single black... 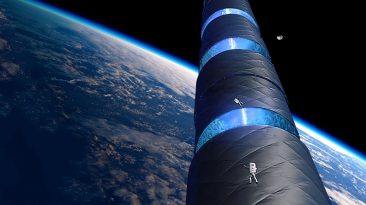 Are you ready for the trip of a lifetime? Because this not so little machine is about to take you on one. A trip back in time. What would you need for this time travel... 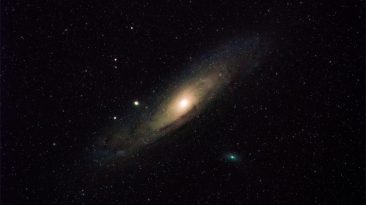 Moving is never easy. The packing and unpacking, having to start fresh and make new friends, all this can be challenging. Let’s face it, whether it’s a nasty... 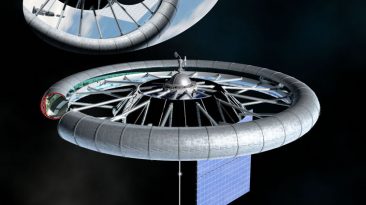 One day, we want to take humanity into space. But why don’t we start small? Take one solar power station, 10,000 people, and 10 million tons of crumbled Moon rock...