What If Humans Suddenly Went Extinct?

When was the last time a bird pooped on you? Apparently, you have a better chance of winning the lottery than you do of getting pooped on by a bird, which is why some cultures consider this unexpected, unpleasant occurrence to be good luck!

But there’s nothing lucky about this. Look at the sky! It’s not a bird, or a plane, it’s a pterodactyl!

First things first: pterodactyls are properly referred to as pterosaurs. But they’re not technically dinosaurs.

Pterosaurs are giant winged reptiles, and there are several different species of them, in all sorts of shapes and sizes! Of course, no human has ever seen a pterosaur, since they went extinct about 66 million years ago, which is way before humans showed up.

But from old bones and fossilized remains, we can get an idea of what it might’ve been like to live alongside these giant, flying … things … Or, do we even want to know?

Pterosaurs. How big were they? And what would we do with them?

Because you know that humans can’t just leave an exotic creature to do whatever it wants on its own! Would we keep them as pets? Or farm them for meat? Or would we leave our bikes and cars in the garage and simply fly to work?

It’s not as easy as that. Some pterosaurs, like the Quetzalcoatlus northropi, could be as tall as giraffes with wings that stretched 11 m (36 ft) wide!

But you might be able to keep this little guy in your home! The Nemicolopterus crypticus was one of the smallest pterosaurs. With a wingspan slightly less than 25 cm (10 in), that is probably how it got its name, which means “hidden flying forest dweller.”

But if keeping pterosaurs as pets is either too dangerous, or simply too impractical, why don’t we find out how they taste? I hope you don’t have a big appetite, because despite their size, pterosaurs don’t offer much meat.

Aside from their huge wingspan, their legs, arms and torsos are tiny. So it would definitely not be worth the cost and effort of raising a pterosaur for food. So, maybe we could ride them?

Once a theme park ride, now a reality. You could ride a pterosaur – if they were still alive today. But the flight wouldn’t be as majestic as you might imagine.

First of all, they wouldn’t be able to carry just anyone. With the largest pterosaurs weighing an estimated 180 – 250 kg (400-550 lbs), they could probably only comfortably lift and carry smaller people. But I don’t know, would you let your kid on one of these things?

Once airborne, you wouldn’t be flying for very long until it would be time to touch down again. Like modern birds and bats, pterosaurs would cover long distances by soaring, rather than constantly flapping their wings.

After taking off, they would flap their wings to gain altitude, and upon reaching a sufficient height, they’d simply glide until they needed to get higher, or felt like landing for a rest. But with your extra weight on their back, they probably wouldn’t be able to glide for very long.

Not to mention that it probably wouldn’t be a very comfortable ride, because it would be incredibly cold, and harder to breathe at higher altitudes. So maybe it’s for the best that we never lived with pterosaurs. They probably weren’t as menacing as the movies make them out to be, but I don’t think anyone would want to be showered with their “good luck” either! 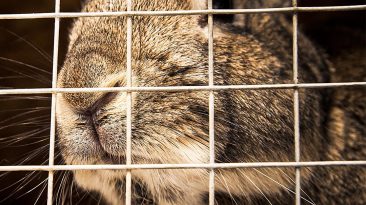 Your Body Off Alcohol for a Year

What If You Aged Backwards?

What If Aliens Lived on The Moon?