From a bad hair day to a tragic natural disaster, wind can be extremely disruptive. Wind can be a formidable foe.

But what if this powerful force just didn’t exist? Would airplanes still fly? How would the weather change? What would Earth look like without it?

Mild temperatures, seed dispersal, pollination, long-awaited rain in dry regions, you can thank the wind for these things. A clear day in a polluted city? Yup, also the wind.

It also helps create our weather patterns and diverse ecosystems. Without it, Earth would be an otherworldly, alien planet. But what is wind?

I hope you’re a fan of weather, cause we’re going to blow your mind. Wind is a side effect of the uneven heating of Earth. It takes much longer for the Sun to heat the sea than land. This means that the air above the sea has a low pressure while the air above land has high pressure.

For weather, the effect causes the different air pressures to rush together, and this is what creates wind. Wind and weather patterns are also affected by the rotation of the Earth.

The Equator is the widest part of the Earth, which means a coordinate point at the Equator has a longer distance to travel than a coordinate point in the South and North poles. And it’s a pretty large difference. Let’s take this point here, it travels 1,600 kph (1,000 mph) to complete a full rotation. But if we take a point near the poles, it only needs to travel at .00008 kph (.00005 mph) or 2 meters per second.

This is why air currents bend to the right in the Northern Hemisphere and to the left in the Southern Hemisphere.
The Coriolis effect is how wind brings warm weather from the Equator to the North and South Poles. And this is very important, because without this dispersal of temperature, we’d be in trouble.

Absent a gentle breeze or mighty gale to circulate both warm and cold weather around the Earth, the planet would become a land of extremes. Areas around the Equator would become intensely hot and the poles would freeze solid. Whole ecosystems would change, and some would completely disappear.

But it’s not just temperature the wind blows around. It also carries rain clouds. Land not directly next to bodies of water would dry up and become deserts. While land close to water would probably be very wet places, with many rainy days.

Because of these extremes, hot and cold, dry and wet, we’d see mass migration of people fleeing the uninhabitable Equator and poles to the moderate. This would cause a lot of population strain for locations like the Northern United States, Southern Canada, and Southern Europe.

If that wasn’t enough, ocean currents would be severely impacted by a lack of wind, which would further change weather patterns. Earth would look completely different.

The good news? We wouldn’t have any hurricanes. These are costly. Katrina claimed 1,200 lives in Louisiana and Mississippi in 2005, and cost the United States $125 billion.

So we may not have to budget for hurricanes anymore, but we’d still need to spend that money, or more, just to survive in a windless world. For one thing, we’d have to create massive irrigation infrastructures to transport water from rain-soaked coastal areas to sunny, but dry, farmland.

Even with irrigation, we would struggle to produce enough food and famine would spread across the globe. But don’t worry, you’d still be able to hop on a plane to travel. While planes use wind in flight, they don’t need it. Wind simply helps them get airborne faster. Without it, they’d just need to burn more fuel to reach the speeds needed for lift off.

Wind is important to our atmosphere and is often taken for granted. It’s a case of out of sight, out of mind. Not only does it provide a cool breeze during a hot day, it also creates our cherished ecosystems. No wind? There wouldn’t even be the Amazon rainforest. And since the Amazon produces 25% of the world’s oxygen, it would be bad news for us if we lost it. 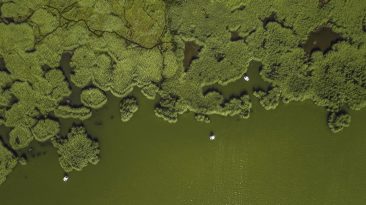 Would you take your next vacation to this slimy beach? Well, what if most of our beaches were starting to look like this, because our oceans were quickly being taken... 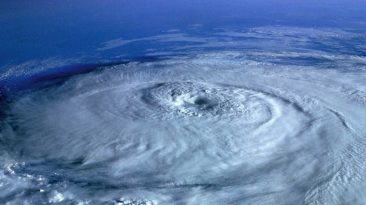 Every year, about half a dozen hurricanes reach the United States. With effects ranging from heavy winds and some flooding to the complete decimation of communities... 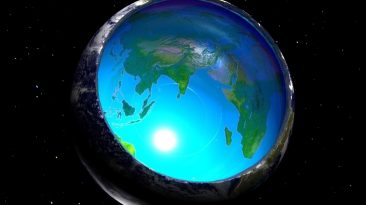 What If The Earth Was Hollow?

Our solid core has given us life as we know it. But what if Earth was hollow? 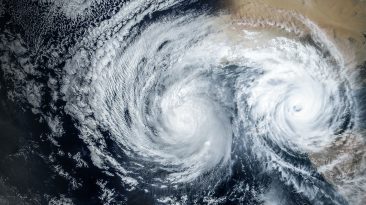 Intense rainfall. Winds of 120 km/h (75mph) or higher. Storm surge. These are the signs of a hurricane. During its reign of terror, a hurricane can release as much...