What if there was another version of you? Somewhere out there in the Universe. A you that could be anything. Imagine a version of you where you’re the Batman.

Or imagine a you that’s President of the United States. All this and more would be possible in a multiverse. What is a multiverse? Is any of this possible? And could you meet your other self?

So, what is exactly is a cosmic twin? A cosmic twin is someone who can look exactly like you. They have the same molecules, blood cells, and proteins, but they live a completely different life.

Not only do they live differently, but they also live in a completely different Universe. But wait, I thought there was only one of these things?

We typically think of the Universe being everything that exists in space. But really, the Universe is only all the things that we can observe. The observable Universe has a radius of approximately 47 billion light years, for now.
That means that’s as far as we can see out, but the Universe is constantly expanding. So really, who knows what else is out there?

Space is infinite, and with that, there are infinite possibilities. Since the 1950s physicists have theorized that there could be other Universes, known as the Multiverse.

There’s many different theories on what these Universes could be, and how they compare to ours. One involves bubble Universes, and talks about the eternal inflation theory. To put it simply, this theory essentially talks about multiple big bangs happening throughout space and time. We had our big bang over 13 billion years ago, but throughout space, there might be other big bangs happening.

Another theory deals with idea of space being much bigger than we think it is. It talks about how our Universe is a 3d object floating around a much larger space, potentially with a dozen dimensions. And with this, there are other Universes stacked on top and below ours.

The other Universes could be just like ours, or they could be totally different. You may not just have a cosmic twin–you might have cosmic triplets, or quintuplets. There could be hundreds of you, each in a different Universe! One might be a good guy, another could be a bad guy. Your cosmic twin could virtually be anything. They might not even be human. They may just be a ball of energy, or a tree, or an animal.

But with all these cosmic twins, there are also more Universes that can spawn just from their decisions. These are known as Daughter Universes. The theory is that every decision you make can lead to a different Universe, with different results.

Let’s say you’re walking to work and there’s two routes you could take. Today you’re feeling a little tired, so you take a shortcut down an alleyway. In your Universe, you made it to work on time.

But in another universe, your cosmic twin took the long route, found 5 dollars on the ground, bought a lottery ticket and is now a millionaire. So somewhere out there, there’s another version of you living a completely different life. Some version of you out there, unfortunately, isn’t watching this video right now.

How cool is that? Every choice you’ve ever made might have created another Universe with a completely different version of you.

Would you be able to meet any of the other versions of you that live in the other Universes? In theory, yes! You’d just have to travel far enough, and figure out a way to get there.

Physicists theorize you’d probably have to hop in a wormhole and travel at least 1 googolplex light years away. A googolplex is 1 followed by 100 zeroes. So that would be quite a journey.

Unfortunately, you probably won’t get to meet your cosmic twins–at least, not in this Universe. But who knows, maybe there’s a Universe where wormholes are as accessible as cars, and you can hop in one and travel anywhere. 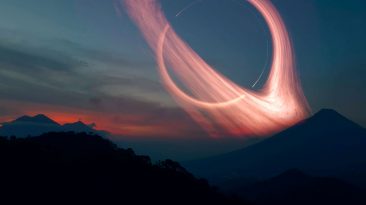 What would happen if our planet got too close to a black hole? According to science fiction, we’d be sucked into a parallel universe, or maybe even the future. But... 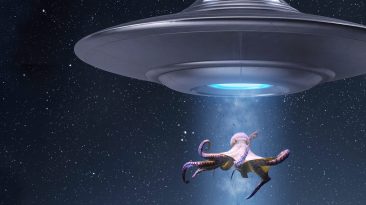 What if I told you we discovered an alien species with an adaptable body? Advanced intelligence? And astounding camouflage skills? Enter the octopus. Wait. What did you...

What If Betelgeuse Exploded Right Now?