How to Survive the Top 5 Deadly Places on Earth 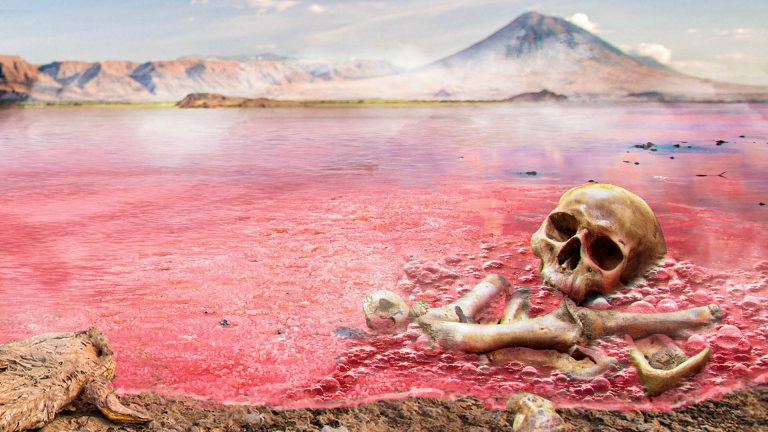 Could you survive swimming in a boiling lake? Or snapping a selfie in front of a toxic geyser? Today you’re going to find out because we’re taking you on a trip to the deadliest places on Earth.

It’s not the humans you have to worry about at these destinations. It’s the environment itself, because some of these places have such harsh conditions that they could kill you as soon as you step foot on them.

Natural disasters kill an average of 60,000 people each year. But that’s not the only way nature can kill you. Natural conditions in some places can roast you alive, dissolve your skin and poison you for taking a breath. But don’t worry. We’ve got some good tips to help you survive if you end up in one of these dangerous places.

What kills more people than heat in the hottest place in the world? What lake can burn your skin? And in which place could you die just from taking a breath?

There are more than 120 active volcanoes in Indonesia. But Mount Sinabung on the island of Sumatra holds a special place. This giant woke up in 2010 after a 400-year hiatus. It killed two people. And it hasn’t stopped since.

In 2014, it killed 16 people and seven more in 2016. It has devastated surrounding villages and towns many times. But the fertile soil resulting from the constant eruptions of volcanic ash attracts thousands of people to its foothills. Yes, it is a ticking bomb.

When faced with a volcanic eruption, timing is crucial. Can you hear this deep rumble? It’s your start trigger. You need to get to the highest place possible. Find a shelter and block the windows and doors. Also, you’ll need to cover your face with a wet cloth to protect your lungs from the ash cloud.

The strange magma erupting from the Ol Doinyo Lengai volcano makes Lake Natron’s water so corrosive that it can strip away human flesh and petrify animal remains. But surprisingly, some people have survived it. In 2007, a chopper crashed, throwing an entire production crew into these corrosive waters.

Cameraman Ben Herbertson remembers feeling the water burning his eyes and skin. Fortunately, they were in a shallow section of the lake. They got to shore as fast they could. If you fall in these corrosive waters, you should keep your head out of the water to not burn your eyes. And, of course, you need to get out quickly.

This island may look like a paradise destination. But it is practically a death sentence. Eleven thousand years ago, it was isolated from the mainland. The snakes stranded there had no predators, so they spread all over the island. Their venom became very potent, capable of killing prey immediately.

If one of these unique snakes bite you, you could suffer kidney failure, tissue necrosis and eventually brain and intestinal hemorrhage. You must remain calm to slow the spread of the venom through your body.

Apply a pressure bandage to prevent the poison from entering your lymphatic system, and don’t wash the toxin off your skin. Doctors will need it to find the correct antivenom.

Located in Southern California, this long, narrow valley is 86 m (282 ft) below sea level, surrounded by rocks and no vegetation. That traps the heat from the sun and makes it the hottest place on Earth, with a record temperature of 56.7 ºC (134.06 ºF).

That’s more than the heat needed to cook a steak. So, you can be grilled alive on the ground. To survive, you need to drink at least four liters of water a day and avoid being on the low parts at the hottest times of the day.

Surprisingly, the leading cause of death in Death Valley is car accidents. Many drivers find the long, empty roads of the valley to be the perfect spots to put the pedal to the metal until they crash.

California’s Death Valley may have the hottest temperature recorded in history, but the Danakil Depression has the hottest average temperature on the planet, with a constant temperature of 45 ºC (113 ºF). It is also full of acid lakes and geysers that constantly emit toxic gases.

If you breathe this in, your airways will burn and your lungs will collapse. To survive, you should avoid the corrosive waters, wear thick, protective footwear and use a gas mask, as scientists do when studying this place.

It’s pretty scary to think that all these places actually exist on our planet. And these are just the ones that are on land. There’s a whole other slew of deadly destinations lurking in the waters that cover almost three-quarters of our planet.

What If You Swallowed Mouthwash?