This is the Sun. And this is a neutron star. But don’t let its size fool you. Neutron stars are massive gravitational monsters, and orbiting one wouldn’t end up well for our planet.

But what if we took just a spoonful of it and transported it to Earth? Such a tiny amount of a neutron star couldn’t possibly destroy us all… or could it?

This is WHAT IF, and here’s what would happen if a spoonful of a neutron star appeared on Earth. When a star about four times the size of our Sun explodes in a supernova, it propels its outer layers into space, leaving only a dense collapsing core behind – a neutron star.

Neutron stars are very, very dense. They could have the diameter of a small city, but their mass would be about 1.4 times the mass of our Sun.

Of course, no neutron star will ever appear on Earth by itself. First, you’ll have to grab a spoonful of it and bring it back to Earth.

You’ll find the nearest neutron star, nicknamed Calvera, 617 light-years away from Earth. If you jumped in the fastest spaceship we’ve ever built, it would still take you over 11 million years to travel to Calvera.

I’ll have to fast forward here and meet you in the neutron star’s neighborhood. And that’s where the real trouble would begin.

You’d be trying to get your spacecraft through a magnetic field that’s tens of millions of times stronger than Earth’s. Your ship’s computers would be useless if they had any ferromagnetic materials like iron, nickel or cobalt in them. You wouldn’t want any of those materials anywhere in your craft.

You’d have to dodge the electromagnetic radiation beams shooting from the star faster than you can blink. And then, when you finally managed to get to the surface of Calvera, you’d be immediately vaporized due to the temperatures being around 1 million degrees.

Celsius, Fahrenheit – at this point, would it even matter? Any part of your craft that wasn’t vaporized, would be crushed by the star’s intense gravity. But let’s not end your story right there. Instead, let’s equip you with a super suit that could withstand the insanely hot temperatures and extremely high pressure of a neutron star.

And here you have it – a spoonful of Calvera loaded on your ship. Now what?

If you tried to scoop the Sun with a teaspoon, you’d only get about 2 kg (5 lbs) of it. The same amount of a neutron star would weigh anywhere from one billion to six billion tonnes. You wouldn’t be able to lift that spoon in the first place.

And that’s not even the worst part. Because the gravity of a neutron star is so intense, it fuses protons and electrons together. Only neutrons are left in that stellar core.

When they aren’t buried down inside a star, neutrons don’t last too long. After ten minutes, the scoop of a neutron star would break down into protons and neutrons, and release as much energy as the Sun produces in two or three seconds.

Good thing you didn’t have enough time to bring that stuff back to Earth. Leave neutron stars where they belong – far, far away from us.

And if one ever comes a little too close to Earth, jump on a spaceship and escape to another planet outside the Solar System. 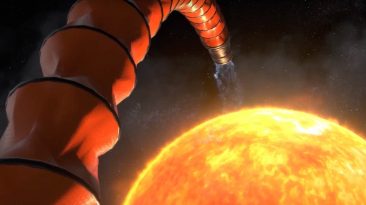 What If We Extinguished the Sun?

How much water would you need to extinguish the Sun? How would we deliver such an enormous amount of water anyway? Would all that water even make it to the star... 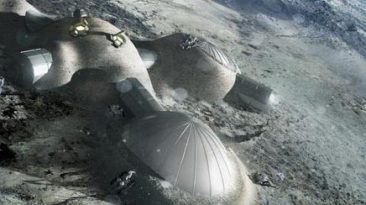