You are one of 7.6 billion people on this Earth. But what does that mean? How can those 10 digits properly reflect the size of our species? Can we truly grasp our impact?

Currently, to better understand our presence on Earth, we consider a variety of statistics, like, how many cars are on the road at once, or how many emails are sent per day.

Here’s what would happen if all humans suddenly disappeared from the Earth.

The second humans disappear from Earth, chaos ensues. Planes, trains, and automobiles – without drivers – would collide, derail, and tumble out of the sky.

Within the first hour, mass blackouts would start to occur across the globe. Electricity generated from coal plants would fail once their fuel ran out; while wind and water powered systems would also shut down without human supervision.

The next day, computers would act on their own accord to shut down nuclear reactors in order to prevent disaster. The world would be completely without power, but nuclear crises would at least be temporarily averted.

On day three, London’s Big Ben rings for the last time, since it needs to be wound every three days. Big Ben would sound over streets now populated with roaming animals. Thousands of pets and zoo creatures would have to break free or suffer starvation.

Within 10 days, security measures in nuclear powerplants would finally fail, setting off a chain of explosions, and releasing toxic radiation across the globe. Wildlife in affected regions would die, but elsewhere, other species would prevail.

Domesticated cattle and livestock would take to the North American Great Plains where they could graze freely, supermarkets would be infested with mice and rats, and former pets would turn feral in their bid for survival.
Within a few years, the cities we so easily recognize today would look like converted, natural theme parks. Nuclear radiation will have cleared, and vegetation would sprout across the urban sprawl. Moss would overtake the streets, while trees and flowers would travel up and along abandoned towers.

In 30 years, the satellites we sent up to explore would fall back to Earth with no one to collect their data.
Homes and skyscrapers will have rotted or collapsed. In some coastal areas, entire cities will have been reclaimed by the sea, and old ships, sunk or ran aground, would be the foundation of new coral reefs.

Despite our absence, global warming would continue for another 40 years after we’re gone, the Earth’s temperature would rise about another 0.6C (1.1F). But the environment would nonetheless be improving drastically.

By year 60 marine life would have nearly recovered from decades of overfishing, and would be thriving.

In 150 years, urban environments would be restored to their natural status before human time. London would revert to swampland. And in northern cities like Vancouver, skeletons of buildings would poke out from layer upon layer of snow and ice. Las Vegas might look like a giant sand castle.

In 230 years, vegetation that has thrived in humans’ absence will have eliminated excess Carbon dioxide in the atmosphere. Huge forests will have reclaimed the eastern half of North America, and the only evidence we ever existed would be leftover steel and plastics. Once glorious landmarks would slowly succumb to decay.

In 500 years after humans disappeared, the world’s forests would be the healthiest that they’ve been in 10,000 years.

The natural world will have succeeded in erasing most of the final traces of human existence. Of course, even after 25,000 years, some of our plastic objects might still be found, along with everything we’d left on past trips to the moon.

So if you’ve ever wondered what it means to be one of 7.6 billion people on this earth, then think of it this way. It would take more than 25,000 years to hide the fact that we were ever here.

Our domination of the land is huge, and incredible. And while humans might not disappear into thin air, we shouldn’t take our planet for granted. How will you help make our world a better place? 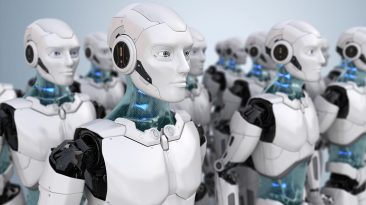 What If Machines Took Over?

[dx_custom_adunit mobile_id=”RTK_v1lP”] Reports suggest that by the year 2030, 800 million jobs will be lost to automation. Will yours be one of them? We... 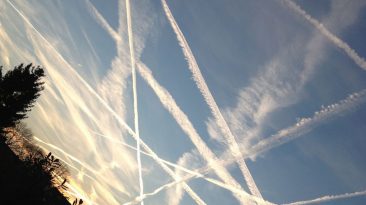 What If We Geo-Engineered Earth?

[dx_custom_adunit mobile_id=”RTK_v1lP”] The world is heating up! But you’ve known that for a while. How long before it’s too late? Its estimated... 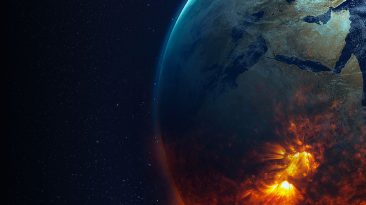 Imagine striking a match and having everything around you catch on fire, even if you were standing in a wet forest. And while that’s happening, imagine being...