What If Everyone Fell Asleep at the Same Time?

Everybody loves a good sleep, but we probably wouldn’t enjoy it as much if we had no control over when it happened. Imagine falling into a deep sleep during a first date, in the middle of an important presentation, or God forbid, behind the wheel of a car.

Now imagine waking up and realizing that the same uncontrollable bouts of slumber are also happening to everyone else… at the same time… all over the world. How would our world change if we were all forced into the same sleep schedule?

Would our global society be more productive? Could it be good for the environment?

Now, short of some magical spell being placed on us by extraterrestrial wizards, we can’t think of any phenomenon that would cause this to happen, but the possible effects of the scenario are worth exploring. We live in an increasingly global community where people are working together from entirely different sides of the planet, and on entirely different schedules.

If everyone slept at the same time, it would be great for global unity and communications, as everyone would be on the same production schedule. But what kind of toll would that take on our bodies?

The Earth is divided into 24 different time zones, and if everyone around the world were to fall asleep at the exact same time, the experience would be very different depending on which zone you lived in. If this wave of uncontrollable sleep were to start at 10 pm in New York City, it would be 11 am in Tokyo, and they’d be sleeping in broad daylight.

Not ideal, but humans can adapt to daytime sleeping, just ask all the people working overnight shifts. Besides, the overall benefits of a universal sleep schedule would be astronomical, and would surely outweigh the inconveniences, right?

Well, let’s take a look. Worldwide communication, and as a result, productivity would become significantly more efficient since everyone would be reachable at the same time, and on the same production schedule. Our planet would get a considerable rest, as there would be an 8-hour break every day from pollution and resource depletion.

And cutting back on power station output at the same time every day would see the entire planet collectively reduce its use of electricity. That all sounds pretty awesome right? If only it were that simple.

You see, first off, our workforce wouldn’t be that efficient. Half of the world would be working against their natural sleep cycles, so they wouldn’t be operating at their full potential.

Plus, some industries, such as logging, landscaping, and farming would all be at a severe disadvantage without the natural light of the sun. Then we have the so-called environmental benefit: yeah, that doesn’t hold up either.

Sure our planet would get 8 hours off, but that just means that all our pollution and resource depletion would be concentrated into the hours in which we’re all awake. The same thing goes for our electricity consumption; our power grid would get a nice rest for 8 hours, but that would only be followed by a worldwide surge when everyone wakes up at the same time and starts using their lights and appliances.

On top of all that, regardless of the fact that you can get used to it, working “overnight” is very bad for your health. Trying to sleep during daylight hours goes against your body’s biological clock; it can impact your memory and processing abilities, it depletes your vitamin intake, and it’s been linked with increased cases of depression, cardiovascular disease, and cancer.

So the next time you feel like complaining about an early wake-up, try to keep it in perspective, at least you have control of when you sleep. 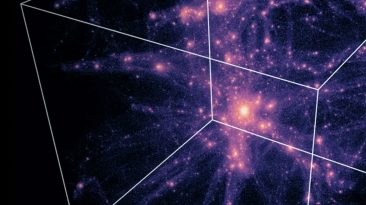 What If We’re Living in a Computer Simulation?

[dx_custom_adunit mobile_id=”RTK_v1lP”] What if your reality was nothing more than a complex computer simulation? And if you were just a program on someone... 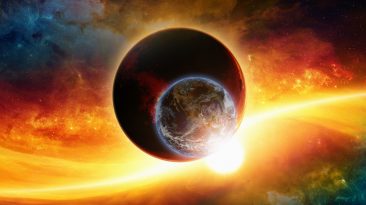 What If Planet X Was Real?

Over the past century, astronomers have speculated about the existence of a mysterious 9th planet lurking in the outer reaches of our solar system. Although we’ve... 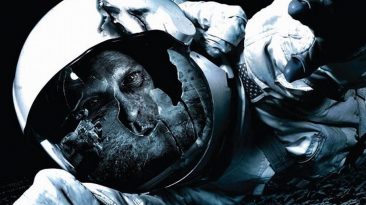 What would really happen if you went into space without a suit? 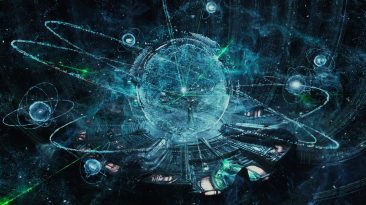 What If You Lived Inside a Hologram?

What if the Universe is an illusion? What if your reality is not what it seems to be? What if you are you’re just a 2D projection stretched on the surface of a...