What if you had the power to control things without touching them? What if you could use your mind for anything from bending spoons to lifting cars, and even stopping bullets right in front of you?

What would be the limits to what your brain could do? Since the early days of spiritualism, psychic mediums have claimed to contact the dead.

During these sessions, their clients could see objects mysteriously flying across the room. Many people believed what they saw. Only they didn’t see the hidden wires that the mediums used to fool their audience.

Telekinesis, also called psychokinesis, has been debunked by skeptics like Harry Houdini. In 1926, the magician offered $10,000 to anyone who could showcase psychic abilities that he couldn’t mimic onstage. Nobody left Houdini’s show with the prize.

In the 1970s, telekinesis caught the attention of the U.S. and Soviet governments. They spent decades running tests, but the only thing they could prove is that telekinesis is nothing more than entertainment for the masses.

But imagine what you could do if you had a power like that. How would you use it? Let’s start with this: telekinesis wouldn’t be limitless. Think of it as an invisible set of muscles. The more you trained your telekinetic “muscles,” the stronger you’d get.

Maybe you could handle bringing a remote control over to the couch. Maybe you could make yourself a cup of tea without having to go to the kitchen. Or you might make small things levitate, just for fun.

Once you got good at all that, you could start practicing with something bigger, like moving cars around in a parking lot. This would tire you out pretty fast, and might not happen on the first try. Because, just like any workout, practicing telekinesis wouldn’t be easy. You’d need to keep working on it.

Maybe you could master your telekinetic ability enough to push clouds away and save your city from a hurricane or a tornado. Making yourself fly through the air would be harder. That would require you to push yourself away from the objects around you.

It would only work for short distances. But it could come in handy during rush hour. It would really be up to you how you’d use your powers. But forget about lifting an entire building into the air. I can’t say exactly where your limit would be, but elevating something that’s much bigger and heavier than you are would certainly be over that limit.

Using your telekinetic powers could easily get out of control, and become dangerous to everyone around you. Most likely, it would require a lot of time and willpower to do even the easiest tricks. Maybe it’s a good thing none of that could actually be done in the real world.

The laws of physics dictate that brain waves can’t travel beyond the confines of your skull. You can’t bend metal with your mind, make things fly, and you certainly can’t levitate yourself.

But what if there was a way to give you at least a tiny bit of this superpower? Performing telekinesis could be real, but it would include implanting small wires into your brain.

Technology is already able to read your mind by using an implant that translates brain activity into speech. Now, companies like Paradromics and Elon Musk’s Neuralink are working on tech that could let you move objects just by thinking about them.

Their research is meant to help patients suffering from paralysis, blindness or locked-in syndrome. And it could change lives forever. People who suffer from paralysis could use a brain implant to control computer devices and artificial limbs. Eventually, the implants could become as common as cell phones.

A device in the brain would transfer high volumes of data through “threads” much, much thinner than a human hair.
It wouldn’t be the kind of telekinesis you see in movies. Instead, it would be a tech-assisted one. And what if that would be the beginning of us merging with our technology? What if the next step involved becoming full cyborgs?

In today’s tech-savvy world, it’s all around you – an invisible world of electromagnetic signals and radio waves. Wi-Fi, or Wireless Fidelity, is responsible for...

Maybe it was a little sad to say goodbye to your physical body, but, at least you still have your consciousness, your mind, and your memories stored safely in the cloud...

Imagine what it would be like if you could wake up in your New York City apartment at 7:00 a.m., and make it to your job in London, England by 9:30 in the morning. That...

The miracle of life. A 40-week process where you developed from a single cell to fully formed human baby. All within in your mother’s womb. Now, imagine you were... 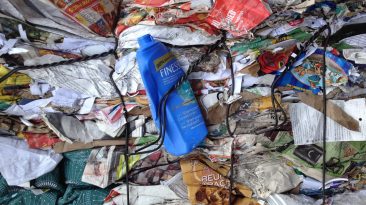 I have TELEKINESIS! it is theough a brain computer interface, but I can move water and water vapor, and even objects on hinges! Where are the skeptics?