The What If Show During the COVID-19 Pandemic

What If Earth Was Near the Center of the Milky Way?

What If We Created a Superintelligence?

What If You Were 5 Meters Tall?

What If a Magnetar Entered Our Solar System?

What If You Were the First Person on Mars?

What If You Had X-Ray Vision?

What If We Harvested the Energy of the Oceans?

What If Orgasms Didn’t Exist?

What If We Could Build a Replica of the Sun on Earth?

Imagine what it would be like to have miniature version of our Sun right here on Earth. Would this artificial star provide us with an infinite supply of clean energy?

Would we even need all the coal and nuclear power plants that give us electricity today? Could the energy from mini-sun replace rocket fuel and bring space exploration to the next level?

Could we control it? The Sun is an enormous nuclear fusion generator. Every second, it fuses 620 million tons of hydrogen into 606 million tons of helium in its core, releasing a vast amount of energy in the process.

To create a replica of the Sun on Earth, we’d just need to squeeze atoms of hydrogen hard enough to make them fuse. Shouldn’t be too hard, right?

Well, this fusion is only possible at extreme temperatures. Even the Sun’s coldest part, its surface, burns at an incredible 5,500 °C (9,900°F). Not even a space suit can protect you from that kind of heat.

But we could engineer a high-temperature superconductor to tame our scorching mini-sun. What would it take to bring this brighter future into reality?

Having an artificial sun on our hands would provide us with almost limitless amounts of energy. Of course, it would be much smaller than the Sun. Our replica could fit inside a machine the size of 60 football fields and the weight of three Eiffel Towers.

To make it work, we’d need two specific hydrogen isotopes. One of them, called deuterium, we’d extract from water. The other one, tritium, we’d brew from lithium during the fusion reaction itself.

We’d give the mini-sun its own magnetic field with the help of huge magnets, at least a thousand times more powerful than those you put on your fridge. This field would keep the artificial sun in place while we’re heating it up to 150 million °C (270 million °F).

Few materials could handle the scorching plasma of our sun. We’d have to create a robust “blanket” for it, one that wouldn’t melt during this scorching fusion. Once we had all the engineering issues figured out, the artificial sun would completely change the way our energy system works.

It wouldn’t emit any greenhouse gases. And there would be no hazardous radioactive waste left to decay slowly over a thousand years. Unlike fossil fuels, we’d never run out of hydrogen – the most common element in the Universe.

With this clean and safe source of energy, we’d stop adding fuel to climate change. And maybe, give our planet a second chance.

Next, we’d build fusion engines for our spacecraft and go on to explore space faster than we ever imagined. With hot plasma fueling up our rockets, it would take us just 30 days to get to Mars. Huge progress compared to a nine-month trip with our current technology.

Sound like science fiction? What if I told you physicists around the world have been working on re-creating a miniature star for decades?

We already have reactors capable of producing sunlike fusion. But so far, none of them have produced more energy than they needed to consume to make the reaction happen in the first place.

Everything could change with a new class of high-temperature superconductors. That would bring nuclear fusion from an expensive science experiment to a viable source of energy, available to everyone.

By the time scientists figure it out, we may have moved off of Earth and onto the nearest planet. 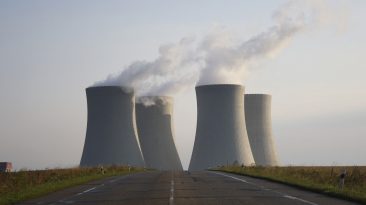 What if We Used Nuclear Energy as Our Only Fuel Source?

[dx_custom_adunit mobile_id=”RTK_v1lP”] Take a look at the two most popular energy sources around the world. Oil. Coal. Dirty. Scary. By some estimates... 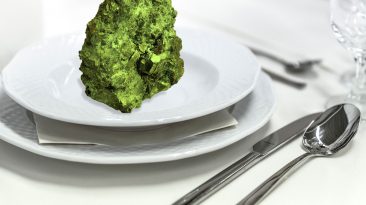 What If You Ate Uranium?

[dx_custom_adunit mobile_id=”RTK_v1lP”] In today’s interconnected world, we’re constantly barraged by conflicting information on what we should... 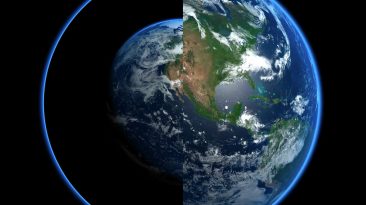 What If Earth Was Twice as Big?

Doesn't it suck having a noisy neighbor? Or constantly running into your ex? We all need personal space, but often find we can't get enough. Don't you wish the world was... 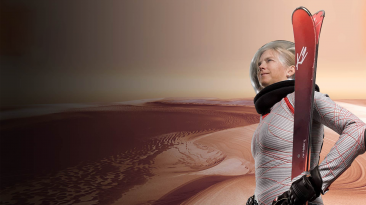 What If You Could Ski On Mars?

Did you know that Mars has polar ice caps just like we do here on Earth? With the right technology, they might be our water source should we ever move to the red planet...