Raphael
3 min read
Watch LaterRemove Cinema Mode Subscribe
FacebookTwitterEmailWhatsAppReddit
Are you one of those people who hate these little crawling things? Or maybe these ones with stingers creep you out more?

Have you ever wished that all the insects would just die out? Picnics would be much more pleasant. And so would gardening.

Could the world become a better place if the insects disappear? Or would this have terrible consequences, not obvious for us at first glance?

Here’s what would happen if all insects disappeared from the planet. If you think bugs only exist to give you the creeps and to chew on the lettuce in your garden, you’re wrong.

Well, not totally wrong. Some of them are, in fact, meant to destroy crops, give you skin irritation in addition to painful stings, and even worse – spread diseases like Zika and malaria. But 90% of them are not only harmless, but beneficial to us, and to the planet. They say, without insects, the world would fall apart.

Just how bad would that be?

If our planet suddenly had all this weight off its shoulders, farmers would be the first to celebrate – they’d no longer need to pour chemicals on their crops to save the harvest from hungry pests. But that celebration wouldn’t last long. Because without insects, we all would starve pretty fast.

And no, we don’t mean those bold adventurers who snack on crickets and grasshoppers somewhere in Thailand, would starve.

Humans might be predators in the food chain, but insects are the ones to hold this chain together.

They are food for some reptiles, small birds and frogs. If all the insects vanished, those animals would cease to exist, too. The animals feeding on frogs and reptiles would be the next to die off, and then the ones further up the chain. Eventually, this disruption would work its way up to humans.

Think you could survive by going vegan? Wrong again.

80% of all the plant life on the planet is made up of flowering plants, meaning they require pollination to reproduce. Insects are the ones who make this happen, by physically transferring pollen from a male anther to a female stigma.

You can argue that birds and bats, even wind can pollinate, too. But most of the work is done by bees, wasps, moths, butterflies and flies. Without them, it’s ‘game-over’ for most plants.

Depending on what your food preferences are, 50 to 90% of your diet comes from those flowering plants. There would be no fruit, no vegetables, no rice and no wheat.

This also means no food for cows, chicken, most freshwater fish – all the animals we, humans, eat. Doesn’t matter if you’re a vegetarian or a meat-lover, if the insects disappeared, you’d have no chance of long-term survival.
You’d be left to slowly starve on a planet heaped up with piles of organic waste. Because not only do insects feed small animals and pollinate plants, they’re also major decomposers of dead stuff – from leaves to corpses.

That wouldn’t be the world you’d want to leave in.

And to be honest, not all the insects are gross-looking, wouldn’t you agree? 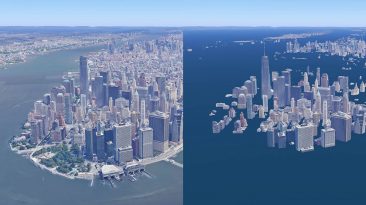 Back in 1846, whaling was one of the most booming industries in the whole world. It was the fifth largest sector in the United States economy, raking in a cool... 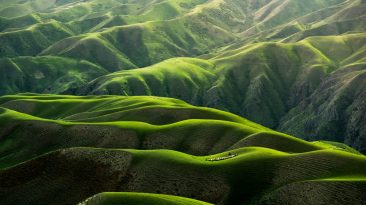 Even from space, you can see that the planet Earth is full of life. When you take a closer look, you’ll discover a delicate balance of millions of different life...