The Earth might not remain habitable forever. It could get engulfed by a massive solar flare, or become too hot due to climate change, or have all its life wiped out by one enormous asteroid. What if I told you we could outlive all these disasters? And that we could do that by building a space megastructure bigger than the Sun itself?

Just how big would we have to make it? And what would life be like on a structure like that?

Why would we colonize other, currently uninhabitable planets, if we could, hypothetically, build a habitat of our own? Something that would host many billions of future humans without ever running out of space.

Forget your tiny apartment and hours spent trying to find a parking space. Right now, we’re going to engineer a space megastructure that could solve those problems once and for all. Let’s see if everyone dies in this one.

It does look like a DVD, doesn’t it? Only it has the mass of 3,000 suns. The reason why we’d need our Alderson Disk to have such a huge mass is gravity.

That’s where it gets tricky, because the Sun is the most massive object in our Solar System, accounting for 99.8% of its total mass. To have enough material to outweigh the Sun, we’d have to collapse every planet, moon and asteroid in a radius of hundreds of light-years around us.

Or, we could give our Alderson Disk artificial gravity. This type of gravity isn’t caused by attraction, but by acceleration or centrifugal force. In other words, we’d have to spin our disk fast enough that it doesn’t collapse into a donut, or get swallowed by the Sun.

But since we haven’t really figured out artificial gravity yet, let’s stick with the first option, and make our Alderson Disk very, very massive – 241 million km (150 million mi) wide. That would make it stretch past the orbit of Mars.

It would also be several thousand kilometers (or miles) thick and would have a surface area equivalent to over a billion Earths. Just imagine how many billions of humans could live there.

But not so fast. Our Alderson disk wouldn’t be habitable everywhere. And before I explain that, let me talk about the Sun for a moment.

Our Sun would be sitting stationary in the hole at the center of the disk. And because of this, our disk would have no day and night cycle. Only a never-ending twilight.

But since our disk would have a bigger mass and a stronger gravitational pull, there is a chance that the Sun would wobble up and down. That would somewhat solve our day and night problem, but it could also increase the possibility of colliding with our star. We might need to install gamma-ray lasers to have more control over the Sun’s wobbling.

And still, our disk-shaped world would need way more things to become suitable for us to live on it. And one of the most important things is the atmosphere.

On Earth, the atmosphere protects us from harmful ultraviolet radiation, reduces the temperature extremes, and creates pressure that allows liquid water to exist. We’d need an atmosphere to do all the same things for our Alderson Disk.

And to keep the Sun from stealing it, we’d need to build a wall around the disk’s inner edge. Unlike Earth, the Alderson Disk wouldn’t have liquid metal in its core to give it a magnetosphere.

A magnetic field is important because it keeps the solar wind from stripping off the atmosphere. Without it, the solar wind would erode the part of the Alderson Disk closer to the Sun. This could make the entire structure unstable, and possibly destroy it altogether.

Once we figure out how to make the atmosphere and magnetic field, we could bring in water. We’d make holes in the disk that would allow for oceans.

Because of the way gravity would work on our Alderson Disk, the water could be suspended by gravity. The oceans on the disk-shaped structure would literally be bottomless.

For the same gravitational reasons, humans would be able to live on both the top and the bottom side of the disk. And for those living on the bottom side, it wouldn’t feel as if they were walking upside down. It would be just normal on each side.

But of course, this space megastructure could have some flaws. Because of the disk’s enormous mass, its gravity might make it collapse into a gigantic torus, or even worse – a black hole.

Then there are asteroids. Even though we collapsed all nearby asteroids to form our Alderson Disk in the first place, there is no guarantee new interstellar space rocks wouldn’t come and bombard our disk world. And not just asteroids, but rogue planets as well.

Even the slightest hit could destabilize the disk and plunge it right into the Sun. Speaking of the Sun, remember, I said that not all of the Alderson Disk would be habitable?

That’s because the Sun wouldn’t be heating it evenly. The inner side of the disk would be very hot. To withstand that tremendous heat, we’d have to give our disk a heat shield, just like the one we developed for the Parker Solar Probe.

The outer edges of the disk would be freezing cold. But the middle band of the structure would be just perfect for life. Although there would be a lot of unused space, the habitable area would still be 50 million times larger than the entire surface of Earth. A giant platter with a thickness of several thousand kilometers might not survive in space. 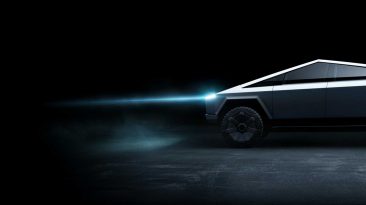 The miracle of life. A 40-week process where you developed from a single cell to fully formed human baby. All within in your mother’s womb. Now, imagine you were...