What If You Were Sucked Into a Whirlpool? 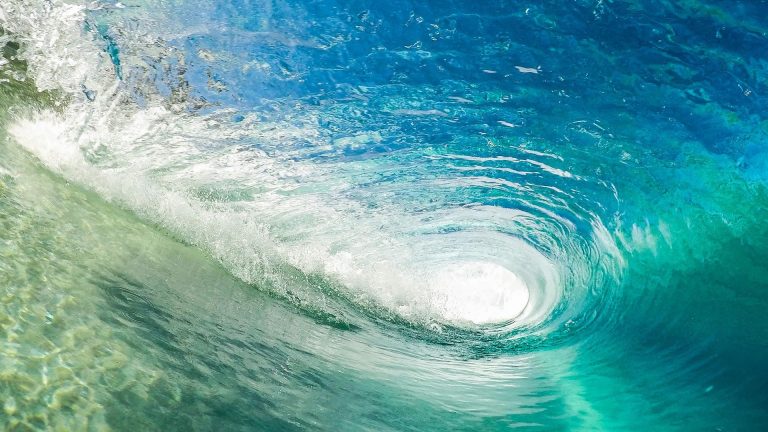 What a wonderful day for some kayaking out on the open sea. Wait a second. Why is the water spiraling? Is this a whirlpool? How could you end up getting sucked in? What would spinning down that drain feel like? And what would happen if you had a bigger boat?

Maybe you’ve seen it in movies. A powerful spiral of water. Boats helplessly spin toward the ocean floor with barely any odds of survival. There are lots of mythical stories about the dangers of whirlpools. Yet, they do pop up frequently around the world. Whirlpools form when two opposing currents meet. If they are strong enough, these rotating currents start to wrap around each other, creating a spiral of fast-moving water.

As the spiral intensifies, a cavity opens at the center. The vortex, or vacuum effect, could be powerful enough to pull objects down to the seafloor. But not only objects get caught in these maelstroms. People do too. People just like you.

Paddling your kayak off the coast of Norway’s Lofoten islands, you’d find yourself in some very rough waters. That’s because you’d stumble across, or rather into, the Moskstraumen maelstrom. This is one of the most famous whirlpools in the world. It was a source of inspiration for authors like Edgar Allan Poe and Jules Verne.

But, there wouldn’t be just one whirlpool to worry about. There would be several. And you’d find yourself approaching the biggest one of all. With a diameter of 40 to 50 m (130 to 160 ft), this maelstrom has a length of four school buses. And its currents move at a powerful speed of 32 km/h (20 mph).

Big ripples and strong waves would threaten to knock you out of your kayak. And eventually, they’d succeed. Now you’d be in trouble. You’d try to swim away from the current, but it would be too strong. All this turbulence and spinning would make you dizzy and disoriented. You’d be pushed underwater for a moment and then thrust back up, gasping for air.

The whirlpool would pull you closer and closer to the center of the vortex. You’d see the water forming the shape of an inverted bell, narrowing to a point somewhere deep in the ocean. You’d make one last attempt to swim to safety. But you’d be exhausted and out of luck. The water would take total control.

You’d get dragged down under the surface of the water. And you’d better be able to hold your breath. You’d start to think you’re a goner and that you will keep going deeper in a never-ending spiral. But eventually, you’d hit the bottom of the ocean floor. You wouldn’t have a moment to catch your thoughts. You’d need air. But now, you’d be swept up fast in a deeper ocean current.

The whirlpool above would start to fade into the distance. Finally, out of its grip, you’d muster all your strength to swim to the surface. You could be very deep underwater, so you’d struggle and struggle. You’d feel your lungs about to burst. And just when you think you’re not going to make it, you’d break the surface. You’d gasp for air, the rough ocean water still raging around you.

Your life would still be in danger. The ocean waters in these parts would be frigid. And like over half of the people who die in cold water, you’d start to suffer from cold incapacitation. You’d lose control of your arms and legs. Keeping your head above the surface would be almost impossible. You’d feel you couldn’t hold on any longer. But then a lifebuoy is tossed in your direction.

You’d look up and see a big fishing boat. Rescue. (happy, relieved voice) Once safe and shivering on the boat, you’d wrap yourself in dry blankets to avoid hypothermia. You’d try to thank the fishermen. But you’d be in shock from your near-death experience. But you wouldn’t be completely safe yet. Shouts would echo through the ship. The big boat is now caught in the same whirlpool you just escaped.

The boat would struggle against the water with the motor sputtering and propellers lifting out of the water. With no traction, you’d think you were doomed. But then the propeller would catch the water again. And with one big surge, the boat would escape the pull of the vortex into calmer waters. You and all the fishermen would finally take a deep breath of cold sea air.

What If Earth’s Atmosphere Ignited Tomorrow?