Close calls with whales happen more often than you might expect. And although the people in these videos got away relatively unscathed, there’s no denying that they were just meters away from becoming a whale’s lunch.

But what would happen if they hadn’t been so lucky? Could a human body survive being swallowed by a whale? Has it ever happened before?

If you’ve never seen a whale up close, it’s hard to comprehend just how monstrous they can really be. To put it in perspective, the blue whale is the largest animal on the planet! Its tongue alone weighs as much as an elephant, and it can fit anywhere between 400 and 500 people in its mouth.

But we wouldn’t have to worry about one of these guys swallowing us anytime soon, because their anatomy makes it nearly impossible. Instead, we should be more concerned with their smaller cousins, sperm whales.

In 1891, reports emerged that a man had been swallowed by one of these whales, and although he lived to tell the tale, he would never be the same again… 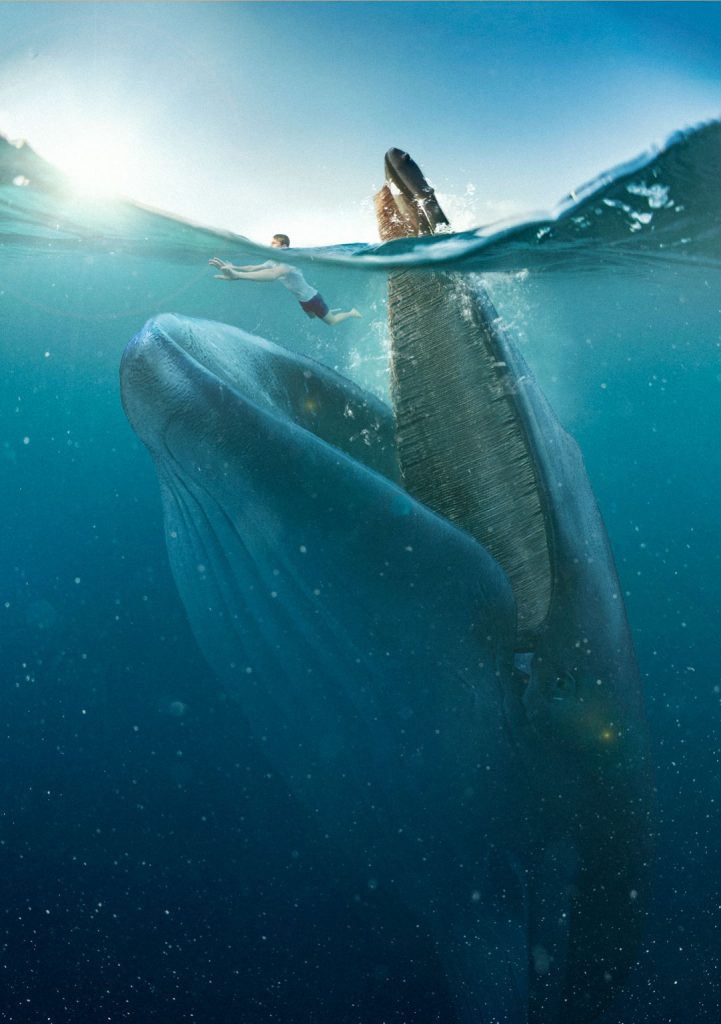 According to the story, James Bartley was swallowed when a whale attacked his ship, and he wasn’t retrieved until the following day. When the crew found and killed the whale, they quickly brought it on board their ship and cut it open, revealing an unconscious but very alive James Bartley.

His face and arms were bleached white, and he was blind, all thanks to the stomach acids of the whale. However, as the years went by, people started poking holes in this story, and questioned whether James had really been swallowed by a whale.

I mean, wouldn’t the stomach acids do more damage than just bleaching his skin? Well, with the power of science, we took a closer look, and we quickly discovered that if you get swallowed by a whale, coming back out with shiny white skin would be the least of your worries.

Okay, so the first thing you’d have to worry about once you were swallowed would be getting shredded to pieces by the sperm whale’s impressive set of teeth. Each tooth is approximately 20 centimeters long, that’s about the length of an average chef knife, and whales have anywhere from 40 to 50 of these.

Let’s say you’re lucky enough to make it past all of them, next you’d begin your descent down the throat. Not only would it be dark and slimy down here, but you’d also find it hard to breathe due to the lack of oxygen and an increase in methane gas.

As the whale’s throat muscles constricted in and out to help force you down, you’d also start to feel hydrochloric acid beginning to eat away at your skin. I know what you’re thinking, we just got into this whale, and James Bartley’s story already seems pretty fishy. Well, you’re not wrong, but where would be the fun in stopping now???

So, next you’d be dropped into the first, and largest, of the whale’s four stomachs. You’d probably be in there for a while, but the bright side is you might have some light in the form of a bioluminescent squid or two being noshed on after your arrival (sperm whales love the neon flying squid).

You’d better enjoy this brief light show, because after this you’d just be tossed from one stomach to the next, with the acids breaking down almost all of your body until you’re just a bunch of bones being unceremoniously ejected from the whale’s anus.

So yeah, it’s pretty safe to say that there’s no way you could be swallowed whole by a whale and live to tell the tale. Sorry, James. You may have been able to fool people in the 1890s, but we’re on to you now.

For as vast as they are and as monstrous as they might seem to us, whales actually have no interest in eating humans. And if they could talk, they would probably make a point of telling us that.

Update (11 June, 2021): Latest instance of a man reportedly swallowed by a humpback whale.

Deep in the jungle, there’s a fungus that infects creatures, and turns them into zombies. This deadly fungus, known as Cordyceps, has the ability to take out...

What If You Drank Snake Venom?

Just one bite from a venomous snake could kill you. But what about drinking venom straight out of a glass? Cheers. What does snake venom consist of? How would swallowing...

What will humans look like in 10,000 years? What about 1 million years from now? Will we look like this guy? Eh, probably not. But we’ll definitely look different...

What If You Didn’t Wash Your Bed Sheets for a Month?

How often do you wash your sheets? Especially if you’re a single man between the ages of 18 and 25. Because according to one survey, half of this demographic only change...

What If You Stopped Sleeping?

How long could this sleepless “forever” last? Could you even be productive without recharging every night? When would your friends start telling you to get...

Imagine you’re out for a blissful swim, trying to catch a glimpse of some beautiful whales. The sun is shining, the water feels refreshing, and, uh oh, something just...

They’re the largest snakes on Earth, roaming the Amazon. They’ve eaten goats, deer, and even crocodiles. So what would happen if an anaconda tried to eat you...

DNA - three letters that represent the building blocks upon which the entire human body is constructed. If our DNA vanished, what happens to us?

What If You Only Ate Red Meat?

Are you the one hovering around the chef at a bbq? Do you add bacon to every salad? If you’re one to give into your carnivore instincts, it makes you wonder. What...

What If You Spent a Day on Every Planet in Our Solar System?

What If You Spent a Month on Snake Island?