How to Survive a Bank Robbery 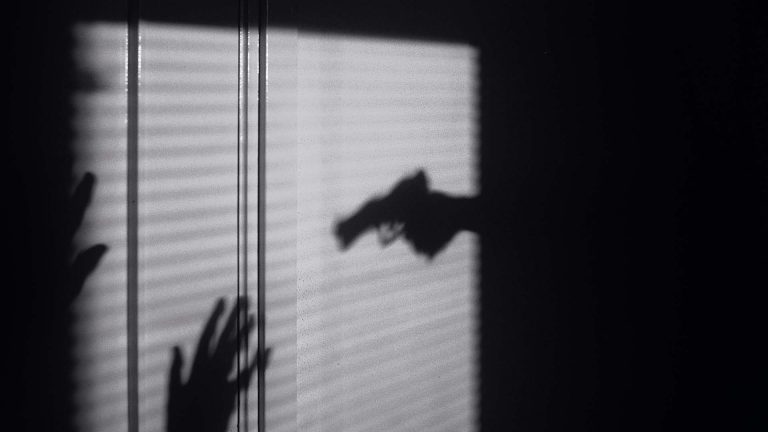 As you’re waiting in line to deposit your paycheck, you see a group of people entering the bank, demanding money and threatening to kill everybody if they don’t cooperate. You freeze in panic. What’s your best move to get out alive?

According to the FBI, in the U.S., there were 2,160 bank robberies in 2019. Most bank robberies are what experts call note jobs, in which the robber’s objective is to hand a note to a teller, get the money and get out fast.

In these cases, the chances are that customers didn’t realize a robbery happened until the robber left. But there is another type, the takedown or takeover robbery.

This is a violent heist where two or more robbers burst into a bank, wearing masks, waving weapons and demanding that people do things. This scenario can get out of control quickly and put your life in danger.

So what should you do in a violent bank robbery? Which bank branches are safer? When should you get on the floor? And how could you avoid becoming a target during the robbery?

The robbers will be hyper-alert. The stakes will be high, and adrenaline will be running throughout their bodies, so the last thing you want to do is alarm them. Don’t stare at the robbers. Don’t try to take pictures or videos of them either.

If you feel safe enough, try discreetly observing the robbers, and take mental notes of how they look or talk. Any physical feature that you can remember will help police to find them after the robbery. But don’t stand out. Don’t make yourself a target by drawing attention to yourself.

Step 2. Comply with the robbers

During a heist, the robbers might give you instructions, especially if you’re a bank worker. They might tell you to put the money in bags. Or they might demand you help them with something due to your knowledge of the facility.

If you are in this situation, it is best to listen to the robbers and comply with their demands. Remember, they are armed. And they won’t want to deal with an uncooperative bystander. Don’t talk back, and do what they tell you.

If the robbers don’t give any directions, or if the situation is chaotic, get on the ground immediately and keep your hands behind your head.

Although going to the bank is a necessary errand, it’s smart to limit the amount of time you spend in a bank. Avoid branches with a lobby, coffee area or any gathering place.

Bank security consultant Rosemary Erickson says that a branch with these characteristics is a nightmare for security. A potential robber can sit there and wait for the circumstances they want.

A bank robbery may be an upsetting and frustrating thing to witness, and you may find it hard to stay calm. But if you’re thinking of teaching the robbers a lesson, or defending someone being harmed, think again. Instead, focus on surviving.

Don’t argue with the robbers. And their guns won’t be intimidated by your karate skills. So don’t make any sudden moves. And if a robber demands your wallet, cash or cell phone, and you need to reach into a pocket, tell them what you are going to do.

Contacting the authorities is important, but not until it’s safe to do so. Wait until the robbers have left, and you feel secure enough to call 911 or the local emergency number.

If you’re in an isolated area, move to an area with people and ask someone to stay with you while you wait for help. If you opt to remain at the crime scene, try not to touch anything, as you could be contaminating evidence. And if there were any witnesses, ask them to stay with you until the officers arrive.

You may have survived the bank robbery, but the resulting stress and emotions are going to stick with you for a while. So you should get some rest.

What If Earth Went Rogue?

What If You Brought Modern Technology to the Middle Ages?