Take some cosmic dust and gas, add billions and billions of planets and a whole lot of stars to the mix. Spice it all up with a handful of gravity to hold things together, and you get a galaxy. Shaken, not stirred.

Some of those ingredients would get clumped together. The gases and dust would merge into stars. And stars would get packed together into globular clusters.

Some of these clusters could count up to a million stars stuffed into an area 3.2 light-years across. To put that in perspective, the closest star to our Sun is about 4.37 light-years away.

Could a planet even exist where so many stars are so close together?

First of all, the stars in a globular cluster aren’t exactly like our good old Sun. There are about 150 star clusters in our galaxy, the Milky Way. In most of them, star formation stopped over 10 billion years ago.

It’s like a very ancient stellar retirement home. Compared to those stars, our 4.5-billion-year-old Sun is still a teenager.

If we had evolved on an Earth-like planet in one of those old globular clusters, we’d be a very ancient and much more advanced civilization than we are now. The problem is, we might not have had a chance to evolve there in the first place.

Not only are the stars in globular clusters very old, they also don’t contain as many metals as our Sun does. Planets are born from the leftovers of star formations. Inside a globular cluster, there might not be enough building materials for a rocky planet like Earth to be formed.

Even our Sun might have had trouble forming in those conditions. But if it did, it would most likely have a stellar partner.

Binary star systems aren’t unusual in the Universe, but they are less likely to host habitable planets that we could live on. Another problem is that globular clusters are very, very dense.

Chances would be high that an alien star would collide with our Sun one day. But let’s imagine that we were very lucky.

That our Sun formed inside a globular cluster, and so did our planet. It appeared in that sweet spot where stars aren’t too close to each other, but also not too far away for us to travel to.

Imagine that the conditions on that Earth were somewhat habitable for us to evolve in. And that we did.

But it wouldn’t be the same us. We’d have to get by without most of the metals available to us here. How would we create our first tools, build our homes, or invent our tech?

We might be stuck in the Stone Age forever. But at least we’d have an incredible view of thousands of very bright stars shining down on our planet.

On the other hand, if we figured out how to make rockets out of rocks, the extremely short distances between the stars would let us colonize other star systems fairly easily. Space travel would be our main gig. We’d settle on other planets and spread our human civilization all over the globular cluster we lived in. That is, if there were other planets to travel to.

Scientists don’t know for sure how many planets could form in those clusters. And they don’t know if life is actually possible inside the stellar swarm.

But they are looking for signs of intelligent life out there. I hope they find an ancient alien civilization inhabiting one of the oldest star systems in our galaxy.

Eight planets, hundreds of moons, hundreds of thousands of asteroids, and billions of comets orbiting our Sun make up our Solar System. And not once has a single black... 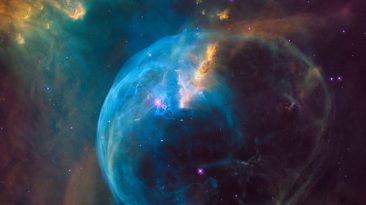 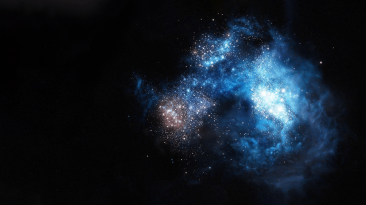 In a galaxy far away, gravity didn’t quite work the way it does on Earth. And the speed at which everything moved was really weird too. Maybe, some places in our... 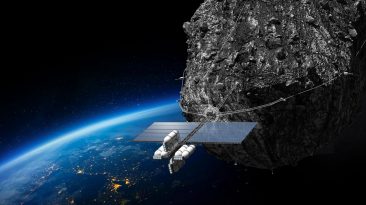 An unexpected guest has made its way into our Solar System. It’s an interstellar object, an ISO. And it’s tumbling through space in a way that can’t be explained by...