How to Survive a Candiru Pool 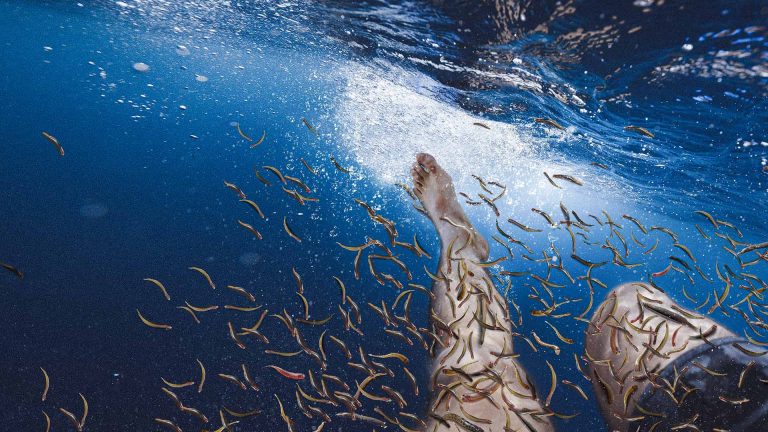 On the waters of the Amazon, an ancient world flows below your feet. But make a wrong move, and part of this world may end up inside you. Better get out of the water.

These parasitic catfish, and their scavenger cousins, lurk in the basin of the Amazon River. The Candiru, the smallest fish of this family at 2.5 cm (1 in), feast on the blood of larger fish by attaching to their gills. And if you believe the local legends, they could attach themselves to a surprising part of your body.

So if you’re surrounded by a school of candiru, is your urethra at risk? How long will this creature live on you? And could a candiru drain your blood?

Almost 7,000 km (4,350 miles) long, the Amazon River is the largest freshwater system on Earth. Two-thirds of the world’s species of animals and plants depend on this waterway to survive. But your survival depends on following these steps.

It’s been said that the candiru hunt by smell. And the smell that attracts them the most? Urine.

Local residents, and even some websites, spread the belief that after this fish smells urine in the water, it swims toward and then up the urethra. Then, the parasite supposedly lives inside the urinary tract of this unwilling host.

This claim has long been contested by researchers, due to a lack of evidence. But that doesn’t mean this little creature can’t hurt you in other ways. This transparent fish erects short spines to lodge itself onto hosts.

And after attaching to your skin, it begins feeding on your blood. While the inside of your orifices might be safe from this attack, your exposed skin could invite danger. So make sure to wear swimwear that fully protects you, if you want to keep your body off the menu.

These fish may not prey on victims through scent, but they can detect movement. If you’re in a large pool of candiru, stay still, and you may stay off their radar. Try tossing a nearby object away from you to disrupt the water.

But if this fish does attach itself to you, try moving to the shore. Since it can’t live very long out of the water, this parasite will die if it remains on your skin.

People say that “good things come to those who wait. If you have the stomach for it, and don’t want to remove a candiru, you might want to let this parasite feed.

A candiru will feast for about 30 to 145 seconds. When it’s had its fill, this little fish will turn red from eating your blood, and swim away.

If you’re not the patient type though, roll up your sleeves. You have some work to do. If the fish has made it into your mouth, nose, or ears, rinse the area with alcohol.

If it’s in a more, uh, visible place, brace yourself for a bit of pain. These little spines will tear at your skin when you remove them. Aim for the head, and pull hard.

If you’re feeling more rugged, grab an object with a flat, sharp edge, like a small knife or a credit card. Try sliding the object under the head to cut off the spines. And if you’re not up for that idea, don’t underestimate the effect of a good slap.

So let’s go over this again. The urethra isn’t large enough to let the fish get inside you. Thankfully. Whew. A candiru doesn’t inject a host body with any anticoagulants, so you won’t bleed after it lets go.

But whether you successfully removed the parasite or not, your wound could become infected. Treat the wounded area with alcohol, and seek medical attention immediately. No one can deny the allure of this mysterious corner of our planet.

But don’t take the beauty of this area for granted. Hire local guides as escorts through the river and the jungle.
And make sure to cover-up properly while you’re swimming, and prevent any unwanted visitors from hitching a ride on your body.

But, maybe because candiru are so small, you’re having a hard time taking them seriously as a threat. Fair enough. So what if we upped the threat level to something with more of a bite to it? You might have been brave a moment ago, but how are you going to survive piranhas?

What If You Skydived Into a Tornado?