What If The World Was A Single Country?

You just see one giant rock — home to a species that has the capability to tear itself apart. After World War II, where humans wiped out three percent of the world’s population, global leaders began discussing the idea of having one world government to avoid repeating the mistakes made over the previous 25 years.

The idea quickly fizzled out, but they might have been on to something. What problems could this solve?

Who would be put in charge? And how could it all go terribly wrong?

For centuries, leaders have fantasized about a day when world peace becomes a reality. But as long as countries are blowing each other up over political and religious differences, that doesn’t seem very likely.

So if we just to took all the countries of the world and merged them into one giant nation? Surely there’d be nothing to fight about anymore, right?

It wouldn’t be that simple. It’s not like we’d be starting from scratch; instead, we’d be taking thousands of years of cultural histories, prejudices, languages, and currencies, and amalgamating them into one giant melting pot.

It would be one of the most complicated endeavors the human race has ever endevors, so before we go any further maybe we should weigh out the pros and cons, and ask ourselves: would it really be worth it?

Starting on the bright side, the first pro of making the world a single country would be that we could tackle the Earth’s problems as a unified force. One area where we’d see this benefit most is in our planet’s fight against climate change.

For example, in 2015 both the United States and China pledged to drastically cut their greenhouse gas emissions as part of the Paris climate agreement; since then China has heavily invested in clean energy sources to keep up with their goals, while the United States has all but pulled out of their commitment.

A world government would eliminate this sort of inconsistency by allowing us to develop a global plan of attack on how to make improvements to our environmental situation, and by ensuring that it would be followed across the board.

This unified front would also come in handy in times of crisis such as natural disasters or disease epidemics. These catastrophes wouldn’t have to impact developing nations so much harder than developed ones. Resources could be spread out to make sure every part of the world had the same opportunities to recover.

The next great benefit would be that acts of war could be eliminated because the primary reasons for wars being started in the first place would be almost non-existent. Some experts think that the elimination of war is an absolute necessity if humankind wants to survive.

It is estimated that there are 17,000 nuclear weapons on the planet right now, with France, China, the U.S., Russia, Pakistan, Israel, India, the UK, and North Korea all possessing them. If they were to be used again, we’d all suffer, no matter where the conflict was taking place.

The third good thing that could come from a one world government is that there’d be a better balance of quality of life across the globe. For starters, with no more wars, defense budgets would be dropped substantially, making more cash available for other needs, like global healthcare.

With everyone reporting to the same governing party and following the same rules, it would be easier to defend human rights and set safe labor standards for workers in every part of the world. A global nation would mean a global currency, which would mean a reduction of the economic power of developed countries like China.

With no currency exchange in the mix, it would no longer have the means (or the need) to offer up goods and services on the world market on the cheap. Eliminating this means giving companies a fairer shake, no matter where they might be in the world. Developing countries could benefit, although it wouldn’t just happen overnight.

Now, a global government wouldn’t guarantee that everything on the planet would be all sunshine and roses, and that brings us to the cons. Our first, and potentially most important ‘con’ is that the wrong person could be put in charge of the entire planet.

To elect them, there would probably need to be one vote from every former country, but campaigning for the position might still be similar to what we see in today’s elections. Obviously, there can be problems, and you can never rule out the possibility of corruption or backroom dealings.

Who’s to say we wouldn’t end up with a leader with malicious interests in mind? One of the foundations of the Nazi political belief system was the establishment of a global government, which, in their case, would have led to more genocide and the wiping out of democracies around the world in order to force their political ideology onto the masses.

Our second problem would be that the idea of nationalism would be lost. Nationalism develops cultures, and it helps fuel a want and need to achieve things like technological advancements. Think about the space race between the U.S. and Russia and the way it affected the global desire to explore space. Not to mention bragging rights when it comes to kicking some butt at sporting competitions.

But now that we think of it, no nationalism could lead to some good stuff too. No nationalism can mean people are far less concerned about where a person is from and more accepting of cultural and religious differences, which means less potential for conflict. So, maybe we’re best to move on from this one.

Our final con is that the whole thing would be extremely complicated, and could just end up leading to more global conflict. Making the world a single country would be a logistical nightmare! We’d all have to adapt to whatever universal languages we decide to use, and then there’d be the potentially bigger issue of figuring out a common currency.

How long would existing currencies be accepted? What could we develop to oversee the physical printing and distribution of the new money? So many moving parts.

On top of that, there’s the fact that there will still be a good chunk of the world population who are opposed to the whole idea of a single world government. Sure we’d all be living under one umbrella, but it could be an umbrella full of rebellions, widespread corruption, and cultural clashes, the very kinds of conflict we were trying to avoid in the first place.

It sounds like a good idea on paper, but considering how unbalanced the current political and economic fields are it would take a lot of convincing to get every country on board.

Maybe it would take World War III in order to convince everyone, and by then it might be too late. 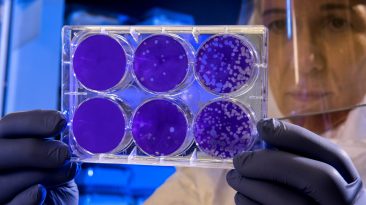 What If Bacteria Became Antibiotic Resistant?

If you’re watching this right now, you’ve probably used antibiotics at some point in your life. But did you really need to? The Centers for Disease...

What Happens If You Wake up During Surgery?

At first, it’s very bright. But then, as your eyes adjust to the light, you start to piece together your surroundings. The moving blobs above you, you realize, are... 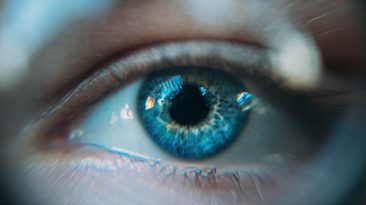 What If You Had X-Ray Vision?

Wouldn’t it be cool to see things through any wall and any door? How about seeing through your own skin? Or your dog? No, no, no, and no. Of all superhero powers... 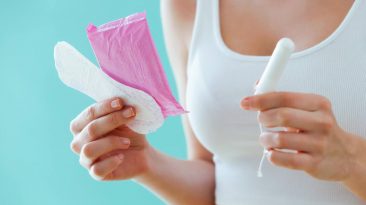 What If Menstrual Products Were Free Everywhere?

Did you know that you ladies spend about 2,300 days of your life menstruating? That amounts to about 10,400 tampons or pads, over 5,000 pills for your cramps, and about...