What if We Used Nuclear Energy as Our Only Fuel Source?

Take a look at the two most popular energy sources around the world. Oil. Coal. Dirty. Scary.

By some estimates, fossil fuels kill more people every year than wars, murders, and traffic accidents combined. But this scares us more. A fuel source that’s renewable, reliable, and that’s got the power to save lives.

There are a few different types of nuclear reactors, but they all generally work the same way. Nuclear energy is produced by a chain reaction that involves splitting atoms to generate heat, which creates steam that turns a generator to produce electricity.

Now, while it sounds pretty straight forward, committing exclusively to nuclear power is easier said than done. You see, its innumerable benefits are overshadowed by budget… and a few bad memories.

Just thinking of an event like the Chernobyl Disaster will have most people saying “no” to nuclear. After all, a nuclear meltdown has consequences that tend to be both devastating and long lasting. But as far as the history of commercial nuclear power goes, there have only been three large-scale meltdowns. The fact is, by relying solely on nuclear power, we’d actually save millions of lives every year.

The World Health Organization estimates that 3 million people die each year from fossil fuel air pollution. Coal plants, for example, release particles in the air that cause heart disease, cancer, respiratory illnesses, and strokes. Coincidentally, those happen to be the four leading causes of death in the United States.

But if the amount of lives that could be saved has already convinced you that we need more nuclear power, you’re going to have to wait a while. Because even if we were to commit to 100% renewable energy today, it would take about 40 years to fully implement that change.

In that time, who knows what our world would look like? Well, let’s just say that without nuclear power, it would look a lot worse. That’s because nuclear energy doesn’t produce greenhouse gases, and if we increased our reliance on it, we could prevent further pollutants from heating up our planet. In 2011, the World Nuclear Association calculated that coal, oil, and natural gas sources accounted for roughly 5.5 million tonnes of additional carbon dioxide emissions that would’ve been avoided with nuclear alternatives.

Unfortunately, many remain unconvinced that savings in CO2 emissions justify nuclear’s high cost. While China and Russia are expanding their nuclear operations with heavy government support, other countries are pulling back, citing unfeasibility and public distrust from the recent Fukushima disaster.

France is a poignant example. Although 75% of its electricity comes from nuclear power, France aims to reduce it to 50% by 2025. This sounds like a setback, but it’s not all bad news. Yes, nuclear power is an expensive fuel source, but in recent years, other renewables like wind and solar have grown cheaper and more efficient.

Right now, nuclear energy produces 20% of the United States’ electricity, with renewables catching up at 13%. Even in the nuclear industry some speculate that other renewables should be used to produce electricity, so that the high-grade uranium that’s often used for nuclear fission could be better used to power other technologies, like interplanetary space ships.

But remember, that’s just speculation. The potential of nuclear power is huge, from saving millions of lives, to our entire planet! But can we have our cake and eat it too? Can we let other renewables do the saving, while nuclear fission propels us forward? Who knows where it’ll take us? 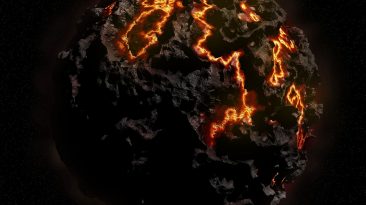 What If Earth Stopped Its Orbit Around The Sun?

[dx_custom_adunit mobile_id=”RTK_v1lP”] Ready to have your mind blown? The Earth does not orbit the Sun… Technically speaking. Everything in space, Sun... 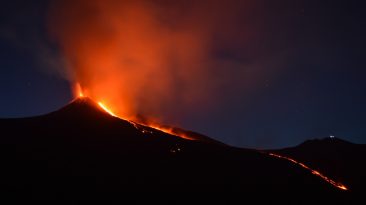 What If You Fell Into a Volcano?

If you ever find yourself falling into a volcano, there are a couple of things you should know. First off, when you reach the bottom, the magma’s not going to... 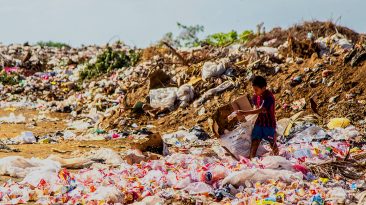 What If We Stopped Recycling 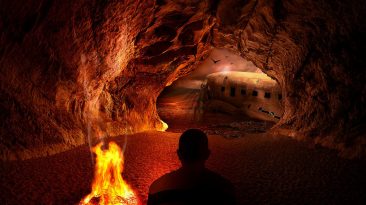 What If Everyone Lived Underground?

In some of the wealthiest corners of the world, the very rich are putting their money towards building underground bunkers to survive the apocalypse. These subterranean...