It feels like the world is moving at a faster rate than ever. Every day, smartphones are getting smarter, A.I. is becoming more inteligent and our environment seems to be getting worse every year.
If you were to travel 50 years into the the future, what would the world look like?

Would robots have taken over everything?

Would we still be living on Earth?

Would alien life finally be discovered?

Here’s what would happen if you lived 50 years into the future.

Look down at your phone think how far technology has come in the last 10 years. Have you ever imagined what tech might look like 50 years from now?

What about your family and friends? What’ll happen to them?

In 50 years time we may actually look back and laugh at how we had to hold our phones. How primitive! Instead, our smartphones will either be worn, or implanted in us through contact lenses. Imagine being able to have your GPS embedded in your vision, instead of having to look down at your phone.

If you don’t want to fast-forward yourself to the future because you’re worried that your family might not be around, you can rest easy, knowing that in 50 years, the average life expectancy will be about 80 – 90 years. That’s over 10 years longer than what it is today.

But, although this all sounds nice, there will be problems too.

Since the 1960s our population percentages have always looked like a pyramid. But 50 years into the future that pyramid will look like a rectangle. This means that there will be an equal percentage of senior citizens to toddlers.

This, will have a huge effect on the economy. Grandma and Grandpa will be retiring much later, and when they do, those seniors’ homes are going to be packed. With more people in the work force, jobs will be harder to find.

Just graduated school? Expect to live at home with mom and dad a bit longer. Especially since AI is expected to be working over 800 million of our former jobs by 2030.

More people means more problems. There will be a much higher probability of food shortages as we try to grow crops to feed everyone. Crops will be harder to grow as well, with increasing temperatures. And with 70% of the world’s population living in cities, crowding will lead to more diseases being spread, and faster.
As for the environment, well that doesn’t look too good either. The Amazon rainforest will continue to be deforested and in 50 years time, half of it will be gone. Don’t expect it to come back either, increasing climate change will render it a parched shrubland.

Higher temperatures will cause polar ice caps to melt more than 50% of what hold today. And the Dead Sea may actually live up to its name, as its water will continue to evaporate.

Thinking about visiting cities like New Orleans, Miami and Houston? Sorry, but you’re out of luck. Hurricanes will get a lot worse in the next 50 years, as well as higher water levels leading to us abandoning the Gulf Coast.

But don’t worry, it isn’t all bad! Although the world may be dying, it’s not the only place humans will have to live.

In the next 50 years, humans will have begun colonizing Mars. Private companies will even be attempting to travel to the Alpha Centauri system, the closest star system to our Solar System. While there we’ll visit the Proxima-centauri B planet which has a good chance of housing alien life. If we don’t find any little green men, it may be a possible place for humans to colonize.

So, we’ve talked about the human race, and the environment, but what about you? What’s going to happen with you 50 years into the future?

Well first off, you won’t have to go to the doctor for your annual checkup. You’ll have a device where you can scan yourself for any diseases. Watch for body modifications to rise in popularity. And we’re not talking about tattoos or piercings. You’ll be able to get things like cybernetic eyes that will allow you to see better, and to see things that are invisible to us today like radiation.

If you’re rich from your Bitcoin investment blowing up then you can even get yourself a designer baby. These babies can be completely customized from simply what they look like; to things like their behaviour and intelligence.

A.I. will be as smart as humans. They won’t have taken over the world just yet, but they’ll be well on their way. A.I. will constantly be progressing in intelligence, soon being smarter than humans could ever imagine ourselves.

Expect them to be working with us, while humans have more advanced roles in our jobs.
So, are you ready for all the good and bad that comes with the future? If not, that’s okay! Just live in the present, and slowly grow into it over the next 50 years.

Who knows, in the future we may not even talk about hypothetical scenarios anymore. 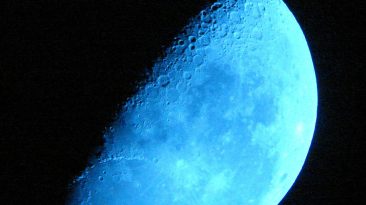 This giant rock lights up the night and can even change colors. So what would we do without it? 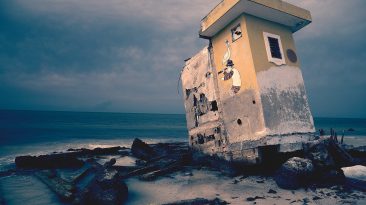 What If Earth’s Gravity Was Stronger?

[dx_custom_adunit desktop_id=”RTK_CDE4″ mobile_id=”RTK_o2sz”] You have a weight problem. And it’s not just you, it’s everyone... What If We Never Discovered Antibiotics?

Watch out for loose superbugs.

Some say life is a roller coaster. What if it was more like this? We don't notice the earth spinning now, so what would life be like if it spun a little faster? Would we...