What If You Lived Inside a Hologram?

What if the Universe is an illusion? What if your reality is not what it seems to be?

What if you are you’re just a 2D projection stretched on the surface of a black hole? And what does a black hole have to do with all this?

I know what you think. This isn’t real. How can we live in a hologram if everything around us is three-dimensional?

Well, prepare yourself for a big reality check. Because this unified theory can explain everything about the fundamental laws of our existence.

We talked about it a little in the episode where a black hole deleted the Universe. You may want to watch that one again. Because, of all places, the holographic principle starts in a black hole.

For the black hole, it’s different. It’s only the surface area, and not the volume, that increases with every bite. It’s like the swallowed matter or energy doesn’t make it inside the black hole, but rather gets stuck to its surface. Or like if you, instead of eating a bagel, just taped it to your stomach.

Black holes themselves are three-dimensional, but their contents can be projected on their two-dimensional surface. And that gave scientists the idea of the holographic world.

These particles are so small, that our eyes can’t detect them, we just know they’re there. And we know they don’t answer to the the classical laws of physics. It’s up to quantum mechanics to interpret their nature.

One of the ways to understand the smallest fundamental particles is through the string theory. The string theory is purely theoretical, and the mathematics behind is complicated. Nobody has ever solved it yet. But maybe, we can change the rules a little.

If you’re trying to solve a complicated problem, you can map all of the volume of the Universe across its boundary. Like a hologram. The nature of the problem changes because, for the two-dimensional Universe, we don’t need to count quantum gravity in.

That turns the nearly impossible-to-crack mathematics of the string theory to maybe-doable equations. It’s not a solution yet, just a shortcut to the solution. But once you figure out how to solve it, you can transform the solution into our three-dimensional space. Congratulations, you solved the mystery of the Universe and how it started…through the hologram.

But does that mean we ourselves are living inside a hologram? And what would it be like to be a hologram?

When you take a selfie, you lose some of the information about yourself. When you later look at the picture, you can’t see the back of your head.

The holograms are designed to preserve all of that information. If you experienced the world in a holographic way, you could look at someone else’s skin and tell everything about their organs, what they ate for lunch, even their thoughts. Is it just me, or it sounds creepy?

The fundamental laws of our Universe – from black holes, to the smallest particles, to the laws of our reality – could be potentially described with the help of the holographic principle.

It doesn’t necessarily mean we live inside a hologram. But if we did, we wouldn’t be able to tell the difference anyway. 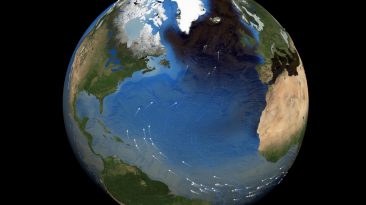 What If the Gulf Stream Stopped?

Our planet has seen this before. Its ice has already melted. Water levels have risen. Ocean currents have already stopped. The last time this happened was 13,000 years... 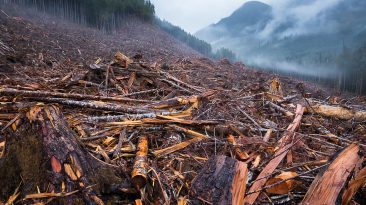 What If All Trees Were Cut Down?

[dx_custom_adunit mobile_id=”RTK_v1lP”] Deforestation is happening all around the world. Approximately 15 billion trees are cut down every single year... 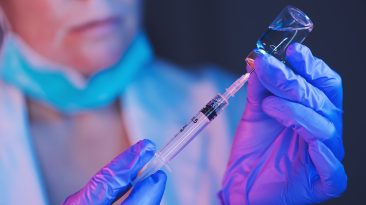 What If We Stopped Vaccinations?

[dx_custom_adunit mobile_id=”RTK_v1lP”] You’ve heard all the scary rumors surrounding vaccines: they cause autism, they contain toxins. Even that they... 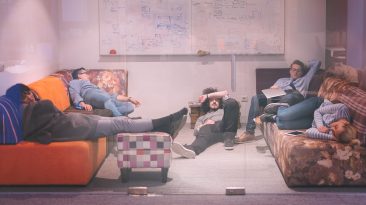 What If Everyone Fell Asleep at the Same Time?

Everybody loves a good sleep, but we probably wouldn’t enjoy it as much if we had no control over when it happened. Imagine falling into a deep sleep during a...