What If You Spent a Month in Chernobyl? 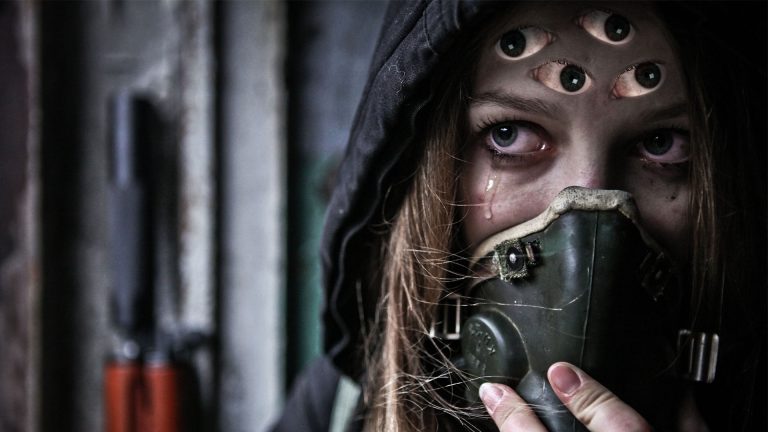 Bleak landscapes, soldiers in gas masks and mutant creatures running through the Red Forest. Basically, a perfect place for you to spend a month. Welcome to Chernobyl. How would this make you have something in common with the astronauts on the ISS? How soon would your hair start falling out? And how did today’s war in Ukraine make this place much more radioactive?

The Chernobyl Nuclear Power Plant is located 130 km (81 mi) north of the Ukrainian capital, Kyiv. And on April 26th, 1986, at 1:23 a.m., it exploded. The fire spread and radioactive debris rained down on the surrounding area. And for ten days, toxic gases continued to poison the atmosphere. 134 plant workers immediately developed serious radiation sickness. And 28 of them didn’t survive.

The 2,600 sq km (1,003 sq mi) zone around the plant became inaccessible. But over time, Chernobyl has become a popular tourist destination, with tens of thousands of tourists visiting the site on guided tours every year. Today, you’ll be one of those tourists. But you’re skipping the guided tour for a longer, more dangerous stay. Don’t forget your hazmat suit.

Arriving in Pripyat, located less than 3 km (2 mi) from the reactor, you’d find a place that 50,000 people used to call home. Your first encounter would be with the city’s abandoned amusement park. Of course, the rides wouldn’t be operating. And sadly, they never really did. The park was completed just shortly before the tragic explosion. And after a full day of exploring the city, you might feel exhausted.

You’ve got a month, so you wouldn’t be in a huge rush to visit the nuclear reactor itself just yet. You could stay in a small hotel in the area. But why not give it a go out in the wild, like a true explorer? You could look for a good place in the nearby Red Forest to set up camp. This forest got its name from the ginger-brown color the pine trees have taken on after a significant dose of radioactive fallout killed much of its vegetation.

And that’s a good reminder. Now would be a good time to start thinking about your levels of radiation exposure. No matter where you are in the world, you are exposed to radiation in many different ways. On average, someone living in the U.S. is exposed to about three millisieverts (mSv) of radiation every year.

Medical X-ray imaging technology could expose you to up to 20 mSv for a short period of time. Even a transcontinental flight across North America exposes you to small amounts of radiation. But Chernobyl is classified as an exclusion zone for a reason. During your first month here, you’d be exposed to the equivalent of a full year’s worth of radiation you could get in the U.S.

So while that wouldn’t seem totally dangerous and unreasonable, you still haven’t visited the infamous Reactor Four, where the explosion occurred. Here, you’d be blasted by levels 40,000 times higher than normal. You’d have to wear a hazmat suit, a helmet with a mask and industrial boots. And following the rules of the guided tours, you’d limit your visit to only five minutes.

If you didn’t obey these safety precautions and time limitations, you’d be swamped with seriously dangerous levels of radiation. You’d become nauseous. Your skin would blister. And your hair might start to fall out. After your body was exposed to as much as 50 mSv of radiation, you could start to experience chromosomal damage. And this could trigger various forms of cancer.

You also could develop heart issues stemming from tissue damage and neurological problems that impair your cognitive abilities. While you may feel fine for now, these health issues could take years to appear. And if you received extremely high exposures from 2,000 to 10,000 mSv, you’d be looking at radiation sickness that could lead to death.

Even if you stayed away from the heavy-duty hazards in the reactor, your time outside in the surrounding area could be more dangerous than you think. When the Russian soldiers invaded the area in February of 2022, heavy military equipment stirred up the radioactive soil. This caused radiation levels to spike 20 times higher than usual.

So if you visited Chernobyl now, over the course of the month you’d receive three times more radiation than an astronaut on the International Space Station. And not to make you feel worse about your idea to explore Chernobyl, but radiation exposure is considered one of the most serious health problems that astronauts face.

What If You Lived in the Paleozoic Era?