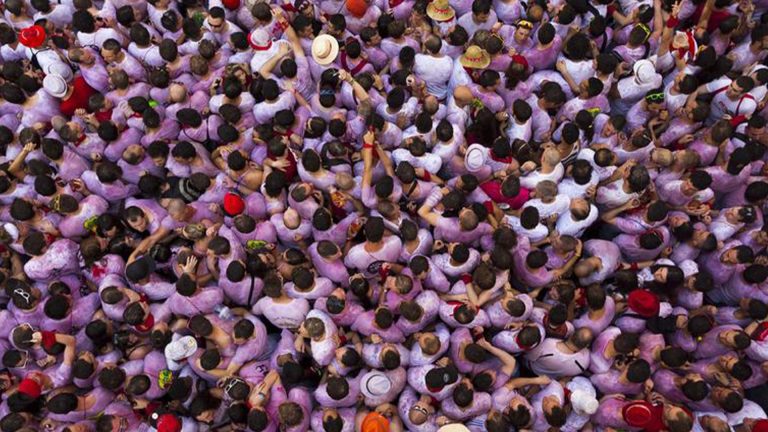 Have you ever been at a music festival, sporting event or a parade and felt just a little too crowded? As fun as crowd surfing, mosh pits, or cheering on your favorite team can be, there are many potential risks. Sure, you might have to put up with foul body odor or getting beer spilled on you, but there are far more dangerous and even fatal hazards involved with large crowds.

Whether you’re wiggling your way to the front to see your favourite band, taking to the streets to protest a cause, or grabbing that 80% off sale for the latest gadget, please pay close attention to this video, as it might help you and numerous others. Human stampedes have resulted in the tragic deaths of many innocent people. An average of 380 people per year die from crowd crushes. With the pandemic in full swing, we’ve become a lot better at spacing ourselves from one another. But if you’re stuck in a large crowd, attempting to social distance could really save your life.

On July 24th, 2010, more than a million people converged in a 200 meter (656 foot) long tunnel in Duisburg, Germany, to catch the popular free electronic music festival known as The Love Parade. The narrow confined area only had a maximum capacity of 250,000 people. Sadly, the pressure of over a million bodies surging through the limited space trampled 21 people to death.

If you think of a mass of people as sand in an hourglass, the sand in the middle has to squeeze through the tightest space with the weight of all the other grains of sand on top of it. Whether it’s sand or humans, the principles of fluid dynamics are the same. Once a flow occurs, it often cannot be stopped.

However, there are preventative measures you can take if you’re stuck in a large crowd. If you notice that there’s more than seven people per one square meter (10 square feet), be extremely cautious.

Warning! For those that suffer from enochlophobia, the fear of crowds, viewer discretion is strongly advised.. How exactly do human stampedes occur? Where is the safest place to be in a large crowd? How can you stop them from happening?

STEP ONE: Don’t Panic and Conserve Your Energy

Panicking will not help you free yourself from a developing stampede. Stay calm and focused. Yelling and screaming will tire you out. If a stampede occurs, you’ll need all the physical energy you can muster. Panic is contagious and prompts a fight or flight survival system to kick in. This can lead to clawing, biting and other violent behaviour. Kind of like a horde of hungry zombies.

If the crowd is moving in one direction, it’s best to go with the flow. If you try to resist, the sheer density of the crowd behind you could crush you. If the group becomes too tightly packed, you could run out of air by compressional asphyxiation. Simply put, your lungs cannot expand because of all the external pressure.

Even if you’re at the front of a crowd, you’re still at risk. With so much weight behind you, you could be one of the first to be crushed.

STEP THREE: Keep Your Arms Up

If you’re a fan of boxing, you’ll know that keeping your arms up can be the best line of defense. Not all of us can fly like a butterfly and sting like a bee like Mohammed Ali did, but we can still protect ourselves. Keeping your arms up will create some space and allow you to gently push people away if you need to.

STEP FOUR: Move To The Edge Of The Crowd

Try to make your way to the edge of the crowd by moving diagonally with the flow. Look for structures that you can climb onto away from others. It’s time to put all those hours monkeying around at the playground to good use. Getting to higher ground can allow you to wait until the crowd disperses or the situation becomes safer.

If you can’t find a way out of the human herd, try to avoid tight spaces or ‘choke points’ like doorways or tunnels where people are moving through. Many problems can occur in these areas due to a bottleneck effect where too many bodies try to squeeze through a restricted space. This is why we go on water slides one at a time!

If you happen to fall down in a large crowd, try to get up as quickly as possible. If you can’t, get in the fetal position and protect your head. You do not want to be knocked unconscious in this scenario.

If you remain calm and keep yourself balanced, you’ll likely survive. Just remember to keep your eyes open, arms up, and go with the flow of the crowd until you are able to safely escape.

A large mass of people in an indoor space can raise the temperature from all the body heat. Be sure to stay hydrated and wear non-slip shoes, as all the sweat can make the floor slippery. Don’t turn that mosh pit into a slosh pit! Speaking of fluids, if you happen to live near a dam, especially an older one, you might want to think about how you’d survive if it ever breaks. 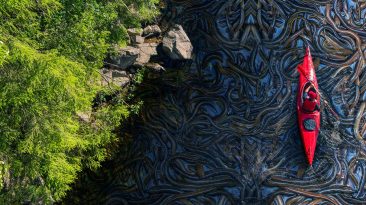 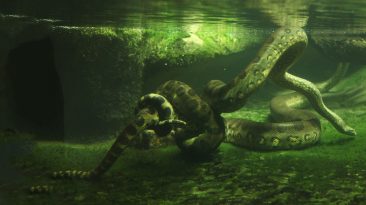 What If Earth Was Spinning at the Speed of Light?

What If Humans Walked on All Fours?