Stonefish are the most, dangerous, venomous fish on Earth. Their 13 dorsal spines are so sharp that they could pierce through a soft-soled shoe. Each spine contains 5 to 10 mg of venom.

And if you get stung, intense pain and swelling can last for weeks, and it could take months before you fully recover. How fast can they attack you? Why is it important to shuffle your feet? And should you treat your wounds with hot, or cold water?

The stonefish gets its name because it’s an expert in camouflage. It often looks like an encrusted rock or a lump of coral. They can be a combination of gray, brown, orange, red, and yellow.

These fish have big, bulbous eyes. They measure about 38 cm (15 in) and weigh about 1.5 kg (3.5 lb). While they don’t attack humans, they are deadly to other ocean creatures, especially fish and crustaceans.

If you think a sports car is fast, stonefish attack their prey in just 0.015 seconds. Stonefish are so fast that researchers need high-speed camera equipment to record them feeding.

And contrary to popular belief, they do not use the venom in their spines to kill prey. Instead, they capture their prey with their incredible speed, and suck their prey out of the water in a blink of an eye. So, while you may not be their prey, if you stepped on one by accident, you are going to be in some serious pain.

Always wear shoes while walking on shores, beaches, and even in shallow water. If you’re going to walk in deeper water, wear thick-soled shoes if possible. Since stonefish usually live on rubble or coral bottoms, often under rocks or ledges, it is easy to step on them accidentally.

Some spikes on the fish are not venomous. But others are. Regardless, getting stung or scratched by the spine is extremely painful.

If the fish stings you, get out of the water as fast as you can. Use the hottest water you can tolerate on the wound for 30 to 90 minutes. It should be up to 60 °C (140 °F).
Poisons are heat-sensitive. This technique can help weaken the venom and lessen some pain.

A stonefish sting causes intense pain and swelling at the site of the sting. The swelling can spread to an entire arm or leg within minutes. Usually, you have around 45 minutes to an hour to seek help before things get really bad, depending on the severity of the sting.

This is because it takes less than an hour for stonefish venom to kill a human. In 2010, a diver in Okinawa, Japan died of a stonefish sting, the first reported death in 27 years.

The 58-year-old man was giving tourists a diving lesson, standing barefoot in shallow water, when he suddenly felt a sharp pain on the bottom of his foot and quickly lost consciousness. Another instructor at the beach provided first aid by pouring warm water on the bite and sucking out poison from the sting marks. But the victim stopped breathing before an ambulance arrived.

Stonefish enjoy warm habitats. And like their infamous, invasive relatives the zebrafish, also known as lionfish, they can spread after being introduced to habitats that they thrive in. For this reason, these fish are found in places like Florida and the Caribbean Islands. So, the colder the water is, the less likely you will be to step on this poisonous creature.

Stonefish are hard to see. But, by shuffling through the sand or ground you’re walking on, you’ll avoid directly stepping on their dorsal spikes. Also, shuffling might scare the fish away before it attacks.

If you have been stung,and a painkiller is handy, take it while you wait for medical help. If you happen to have a set of tweezers with you, pulling the spines out of the wound would offer some relief. But be sure not to squeeze any venom glands that may have broken off in the wound with the spine. Seek antivenom as soon as possible. In developed countries, it is easier to access, especially in places that prepare for these incidents, such as Australia. It may not be a bad idea to get a tetanus booster as well.

Step 6: Slow Down the Spread

Staying calm is important in any survival situation, but freaking out won’t help your pain. It might end up causing the venom to spread faster as your heart rate  increases. You wouldn’t want to give yourself a heart attack, but if your chest starts to feel heavy, we have help for you, here on How to Survive. 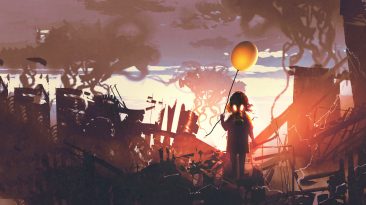 There have been 108 billion Homo sapiens born on Earth. But you are the very last one. With no other babies being born after you, you would be the end of the human race...