How to Survive an Alien Abduction 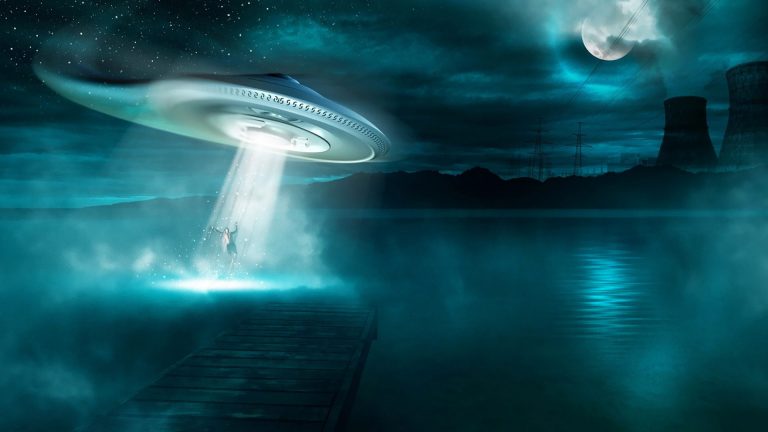 You’re going for a nice, twilight drive through the countryside. Suddenly, you’re blinded by a bright, white light. Everything around you starts shaking, and then it all goes black. As your vision fades in and out, you catch glimpses of what looks like and 2.7 m (9 ft) figures standing above you. You find it hard to breathe As it gets harder and harder to understand what’s going on, you wake up. You are back in the countryside, but you don’t recognise your surroundings. What day is it? Were you just taken aboard a spaceship? Will anyone believe you?

Alien encounters have been reported throughout history. There are theories that aliens built the pyramids, and reported sightings of mysterious airships over the US in the late 1890s. It wasn’t until the 1960s that reports of people being abducted started to arise. In 1961, Betty and Barney Hill were driving along a highway at night in Portsmouth, New Hampshire.

They reported seeing a bright object following them. When they stopped to see what it was, Barney Hill said he saw a flying saucer with half a dozen people in it. Terrified by this sight, the Hills sped away, but felt a strong sense of drowsiness coming over them. They woke up 56 km (35 mi) down the road, with their clothes and car scuffed.

Since the Hills’ report in 1961, reports of other alien abductions and interactions have grown. They range from experiencing lost time, and having unexplained bruises, all the way to being taken aboard a spaceship to be examined and experimented on. A study in the U.S showed that at least 47% of people believe in aliens.

Even researchers from the University of Nottingham in England suggest that there could be about 36 intelligent civilisations in just our galaxy. Are these aliens hostile?

Can they speak our language? Why could a cow save your life? Being taken anywhere without your consent can be scary. But if aliens abduct you, what should you do to increase your chances of staying alive?

Many reports of alien abductions include statements that the abductees were observed, examined, and sometimes interrogated. Your best bet, right at the beginning, is to comply with what the aliens want. Since you don’t know what to expect from them, or what other off-worldly powers they have, resisting or upsetting the aliens could cause you more harm than good. If you cooperate with them, then they are likely to let you go back on your way, with your memory wiped, and maybe some unexplained bruises.

Many of the abduction accounts claim that the aliens spoke to them without moving their mouths. The conversations happened through mind-to-mind communications. While complying with the aliens is one thing, giving away all of Earth’s secrets is different. Don’t let them hunt around your mind, looking for sensitive information. The moment you give up your information, your worth to them will drop drastically, so hold onto as many bargaining chips as possible.

Resisting a telepathic attack could be as easy as focusing all of your mental energy and focus on the word “No.” Psychics believe that an effective method of closing down telepathic conversations is to imagine a door in your mind. Then imagine closing and locking the door. Whatever method you choose, resisting mental probing could greatly increase your chances of survival.

Chances are, the aliens aren’t immune to the pathogens and bacteria that humans have spent centuries becoming resistant to. Coughing, sneezing, or spitting on, or around the aliens, could infect them with something that they have no defence against. If they are anything like the aliens in H.G Wells’ “War of the Worlds,” infecting the aliens with the common cold could have a devastating effect on their immune systems. They could decide that Earth is not worth the risk to their health, and leave. Or they could all die, and you might become a hero who saved Earth.

If the aliens turn out to be hostile, then it’s not a bad idea to have some form of martial arts training under your belt. There are different descriptions of what alien bodies are like. Some abductees say the aliens are 1.2 m (4 ft) to 1.5 m (5 ft) beings while other say they are 2.7 m (9 ft) tall. Some are glowing white, while others are green in colour.

Lets just hope they don’t look like this guy. Either way, learn a martial art that teaches you how to defend yourself against opponents of varying sizes. Judo, for example, teaches you how to throw and take down your opponent using their own momentum and balance, regardless of their size. You won’t even need a weapon. Once they are down, you can begin your escape, and get back to Earth.

If aliens are here to study life on Earth, you could hope that they do not know how the many different forms of life here interact, and who is at the top of the food chain.
Hopefully, the aliens will determine importance by size. Having a large cow near you might mean they take the cow and not you.

In 1956, Air Force Sergeant Johnathon Lovette was reported to have been abducted. His body was not found until 3 days later. Shockingly, his eyes had been removed, tongue cut out, and most confusing of all, his blood was all gone without any sign of vascular collapse.

Surgeons at the time marvelled at the surgical skill required to perform these operations with such precision. In the 1970s many gruesome incidents involving cattle, sheep, horses, and other animals were reported. These reports mentioned the same body mutilations that were found on Sergeant Lovette. Similar cases popped up in 2009, and as late as 2019 in Colorado.

If the aliens are indeed sizeists, then having a cow around could actually save you from a horrifying abduction. While the likelihood of an alien abduction might be low, space aliens aren’t the only ones you need to worry about. Humans are just as capable at taking hostages as aliens reportedly are. 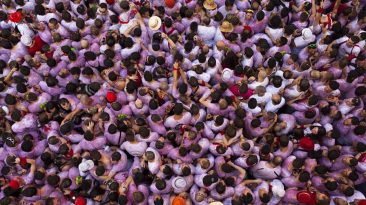 Have you ever been at a music festival, sporting event or a parade and felt just a little too crowded? As fun as crowd surfing, mosh pits, or cheering on your favorite...

What If All Wildlife on Earth Was Wiped Out?

What If a Megalodon Shark Fought the Kraken?