How to Survive an Electric Shock 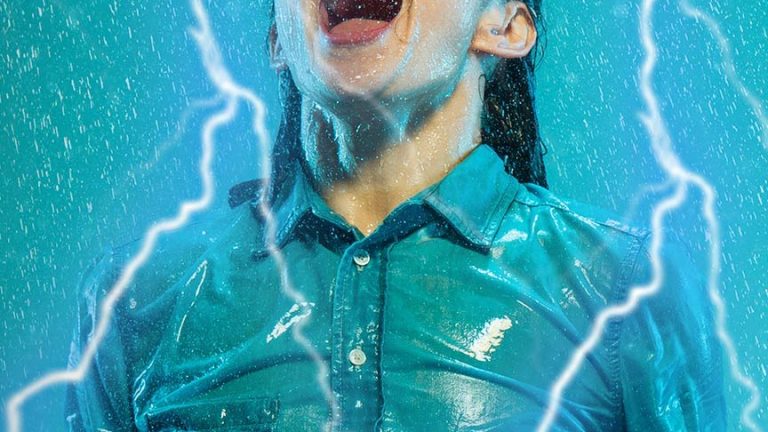 There are many ways to get zapped by an electric shock, including being close to power lines, being hit by lightning, operating electric machinery, and yes, by household appliances.

Now that your blow dryer has turned into a weapon, you remember that water and electricity do not mix. How much time do you have? Why does current matter? How dangerous is your blow dryer?

In the U.S., most electrical outlets deliver about 120 volts of power. And in most other countries, outlets supply over 200 volts of electricity.

But in an industrial setting, it can be 600 volts or more. And if your body gets plugged into that, it’s going to hurt, if you live.

Of course, being in a pool of water with even the slightest electric current, is not the perfect scenario. So here are some things to help you survive an electrical shock.

Step 1: Go For the Source

If you are lucky enough to not be alone when you suffer an electric shock, hopefully the person next to you knows to go to the main power source and turn off the electrical current altogether.This will stop the flow of electricity to the person being shocked. The human body is a good conductor and electricity can easily travel through it.

Taking action right away can help lessen the effects of an electric shock. Try to overcome any muscle spasms, and let go of the cause of the shock if you can.

Perhaps the easiest way to survive an electric shock is to avoid them. You can reduce the risk by preventing electric shocks at home, by placing plug covers on all outlets.

This is especially important if you have children in the home, since about 30% of all electrical injuries happen to children. These shocks can occur when a child sticks their finger in an outlet, chews an electric cord, or puts their mouth on an outlet.

Resistance is similar to inserting sand inside the hose that slows down the water flow. It is measured in ohms (R or Ω). Voltage, current, and resistance are all related . If one is altered in the circuit, the others will change as well.

Why does an electric shock cause burns? When an electrical current jumps through the air between two points, it causes an arc flash. Luckily, the current doesn’t penetrate the skin.

Flame burns happen when an arc flash causes a person’s clothes to catch on fire. And lightning is short, high
voltage electrical energy that flows through the body.

Or, a person can become part of an electrical circuit, and the electricity enters and exits the body. This is what happened to Kris Biggs, who suffered a serious electric shock while cleaning a transformer in 2009. He suffered second and third degree burns on 14% of his body. He had five skin graft surgeries, and lived to tell his story.

When someone suffers an electrical shock, they need immediate medical attention. If you have sterile gauze nearby, cover any burns. Do not use adhesive bandages or anything that might stick to the burn. Check for vital signs, such as pulse and breathing. If the person isn’t breathing, and you know CPR, give CPR until emergency help arrives.

Electrical injuries can have a major impact on the central nervous system, nerve tissues, and cause long-term consequences. Electric shock can be deadly, which is why you want to be very careful during a lightning storm. But we can help you with that too.

Am in Kenya and in 2019 we burried our school mate who was electrocuted . Your advise is helpful I wish he knew!

What If You Fell Into a Pool of Liquid Methane?