How to Survive the Top 5 Most Deadly Spider Bites 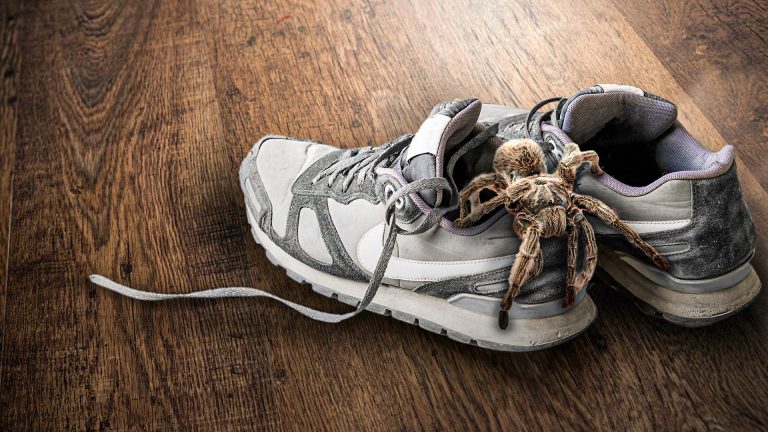 Thousands of people have been treated in emergency departments worldwide because of these tiny, amazing creatures. But some of them don’t make it. That’s why we’ve compiled the five deadliest spider species from around the world.

Some of them are found deep in the wild. But others love to lurk inside your home, hiding in the least expected places, like your shoes. Have you checked them lately?

There are more than 40,000 known species of spiders in the world. But only about 30 have been reported to have killed people. But don’t get complacent, my friend, as some of them could be found right under the chair you’re sitting in.

A single bite would be enough to cause necrosis, the death of your tissues, or infect you with a neurotoxin that can kill you in minutes. But don’t worry. We’ve put together the best ways to survive these crawling nightmares.

Which spider webs should you be afraid of? How do they get into your home? And what are their favorite hiding places?

This spider belongs to the genus Phoneutria, which means “murderess”. It is considered the most venomous spider in the world, and it’s native to South America. These spiders do not build webs and wait for their victims.

Oh no. They roam the forest at night, hunting for prey. They eat other spiders, mice and even amphibians. Because they love to hide in banana leaves, many people globally have found their homes infested with this deadly crawly after bringing home a bunch of bananas from the supermarket.

You can identify a Brazilian wandering spider by the red hairs above its fangs and its aggressive posture. If one bites you, you’ll feel a burning pain at the bite, fever, sweating, drastic changes in your blood pressure and heartbeat, convulsions and hypothermia.

Eventually, you could die. So, before you pick up that bunch of bananas, you should inspect it carefully and wash it thoroughly when you get home.

Also known as the “violin spider” because of the violin shape of its back, it lives in the Americas. It is widespread in the central and southern U.S. and South America. They bite more than 7,000 people in Brazil each year.

Their venom kills the tissue near the bite. And if you don’t get medical treatment fast enough, your organs will begin to fail and you will die. Unfortunately, they’re common in urban areas. But they try to avoid human contact by hiding in attics or forgotten coats in your closet.

If you want to survive this deadly critter, you must be very careful every time you go into those dusty corners of your home. Wear thick gloves and boots. Move slowly away so the brown recluse doesn’t feel threatened. Remember, there`s no recommended antivenom for its deadly bite.

Researchers think this spider came from Africa, but now it’s in the southern United States, Hawaii, the Caribbean, Australia, South Africa and Japan. Like its close cousin, the black widow, it has a red or orange hourglass shape under the abdomen.

But its venom is twice as deadly as its famous cousin, which it has been killing and replacing in California. Brown widow spiders like living in secluded, woody places around homes, such as garden pots, empty buckets, mailboxes and outdoor furniture. So be careful. And check your outdoor lounger before sunbathing next Sunday.

Yes, a brown widow spider’s venom can be twice as deadly as a black widow’s. But these dark-bodied, shiny creatures are much more generous when they inject their venom into your body.

A single black widow spider bite can paralyze your diaphragm, making it tough for you to breathe, increasing your blood pressure and even killing you. Its bite is especially dangerous to children.

This spider is widespread throughout the world, and it prefers to live indoors. So you’d better watch out for some clues that it’s nearby. Unlike other dangerous spider species, the black widow’s web is messy and without any recognizable patterns.

And they build their webs near the ground. So if you find some messy webs near the floor in your home, you’d better call pest control.

There are many species of funnel-web spiders, and all of them are dangerous. But Sydney’s funnel-web is our champion because its venom is said to kill humans in just 15 minutes.

They live in burrows lined with silk so they can sense when dinner is approaching. Their huge, one-inch fangs inject venom containing powerful delta-hexatoxin. It attacks the nervous system, firing the nerves over and over again. It can put you in a coma and also cause organ failure.

If you see this, you should call in the experts and keep an eye on the spider. Fortunately, since the antivenom was developed in 1981, these spiders have not killed anyone.

What If You Only Drank Coffee?

What If You Swallowed All Elements of the Periodic Table?

What If You Were Sucked Into a Whale’s Blowhole?