What If Earth Suddenly Lost Its Atmosphere?

Would we still be able to breathe? Could our atmosphere ever come back?

Just how important is the atmosphere to our planet? It’s absolutely vital. It protects us from asteroids and solar radiation. It regulates our climate. It makes life on Earth possible!

Our nearest neighbour, Mars, lost most of its atmosphere some 4 billion years ago, and look what’s become of it… Once warm and wet, it ain’t the planet it used to be.

Its atmosphere hasn’t vanished completely – there’s still a very thin layer left, roughly 100-times less dense than the Earth’s one. But have you ever heard of any life found on Mars?

What exactly would happen to Earth when the atmosphere went away? Well, it’s far from a happy ending. Take away the Earth’s atmosphere, and suddenly, it would become very, very quiet. You wouldn’t hear a thing. That’s because sound waves are actually vibrations in the air. But, no air, no sound. There’s no sound in space – the Star Wars universe just isn’t accurate.

There would be no blue sky, and no beautiful sunsets either. The sky would turn black because there would be no particles in the air to be scattering the blue light of sunshine. Planes would plummet to the ground. And birds! They need air pressure to support them as they fly.

Oceans, lakes and rivers would start acting weird as well. With no atmospheric pressure, the boiling point of water would drop significantly from 100°C. All of the Earth’s water would start boiling away like a forgotten kettle.

Not all of it would turn into vapor. Soon we’d reach an equilibrium with enough vapor to prevent the water from boiling. But with zero atmospheric pressure, the water wouldn’t remain liquid. What’s left of it, would turn into ice.

Grab a winter coat, as it’s going to get pretty chilly. Without an atmosphere to trap heat near the surface, Earth’s temperature would drop to an average -18°C (0°F) And temperatures would see extreme shifts between day and night.

Now slather on the sunscreen, because even with temperatures that low, you could still get sunburn. Without the atmosphere to filter solar radiation, sunbathing would become lethal.

But would you even survive that long? Only if you had a pressure suit and oxygen mask on. Without those two things you’re no longer with us.

In order to inhale, your diaphragm uses the pressure difference between the air inside your lungs and the air outside of your body. Without outside pressure, you wouldn’t be able to breathe, even if you were hooked up to a respirator.

But don’t hold your breath – your lungs would pop in a matter of seconds. Exhaling would help your body stay alive for about 3 minutes, but you’d be unconscious after just 15 seconds.

Everything that needs oxygen would die. All animals, all plants. That includes everything in the oceans, too. But there would be still some bacteria left. Maybe it would evolve into something intelligent.

Eventually, solar radiation would break the water vapor down into oxygen. Combined with carbon dioxide pumped from volcanoes and geothermal vents it would create a new atmosphere. But this would be long after humans were gone – and too thin for us to breathe anyway.

Now, take a deep breath, because you can, and relax – no massive meteor or coronal ejection is likely to strip away our atmosphere any time soon. And from now on, try to appreciate every sunset you see – if we end up fleeing this planet to colonize Mars, they won’t look this beautiful. 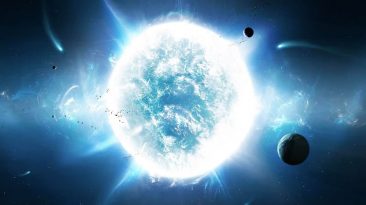 What If a Magnetar Entered Our Solar System?

This is the most powerful object in the Universe. The biggest spinning magnet to ever exist. It’s the cosmic equivalent of a great white shark. But it... 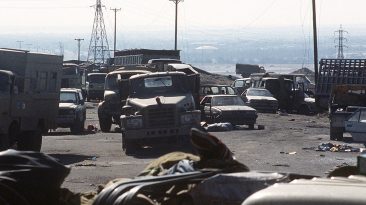 What if human history ended today? 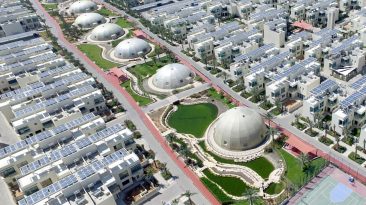 What If There Was a 3rd Industrial Revolution?

What are the ingredients for an industrial revolution? It’s simple! Take some new energy sources, add a dash of cutting-edge communications technology, and... 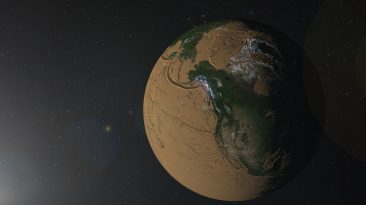 What If Earth’s Oceans Evaporated?

What if all the oceans disappeared from the Earth’s surface? What would a world with no high seas look like? What would happen to all the creatures that...