What If All Humans Suddenly Disappeared From The Earth

Imagine an entire network of flying cars zooming around 2,000 meters (6,561 feet) above our congested city streets. Your morning commute would be a lot different up there: you could travel at higher speeds, and you could reach almost any remote destination.

But what kinds of laws would we have to put in place to control the skies? How could we enforce those laws? And how would we deal with the danger of car crashes in the sky?

The idea of flying cars has been around for almost as long as the car has. And with most people imagining that the future will include some form of flying vehicle, we seem to have accepted that flying cars will eventually become reality.

But do we need them? The companies that are currently producing them would say yes, obviously, because they’d be much more environmentally friendly than our current gas-guzzling automobiles.

But other scientists say that, in reality, we’d just be replacing one environmental catastrophe with another. Now, before we get too carried away with the environmental impacts of flying cars, let’s figure out if it’s even possible to fill our skies with them.

Several companies have already produced working models, so we know that it’s physically possible, but making them a regular part of our society would be much more complicated. For starters, there’s the question of who’d be driving them:. Would it be us, or some kind of artificial intelligence?

According to Aviation Safety magazine, human error is the cause of 90 percent of noncommercial plane accidents. This is one of the reasons why many experts think that flying cars would need to be autonomous. In other words, humans would not drive them.

Studies also show that accidents are much more likely when humans are behind the wheel of the ordinary cars we have now. And remember that up in the air, accidents would be a lot more destructive.

Not only would there be higher speed collisions, but there would be the collateral damage of the wrecks falling to the ground or crashing into surrounding buildings. Everyday normal car issues that we experience on the ground would also be a lot more problematic in the air.

If your engine breaks down, or you happen to run out of gas completely, you can still pull over to the side of the road, you just have to plummet for 2,000 meters (6561.68 feet) before you crash there. Bad weather would also become a much bigger problem on your airborne journeys, as conditions like strong winds could throw your flying car off course, and possibly into a tailspin.

Maybe there would have to be rules in place for when a flying vehicle could and could not be used because of Mother Nature. And we’d need police up there to enforce those rules, along with other laws regarding speed and allowed elevation heights. But how would a cop pull someone over in mid-air?

Ok, so clearly there would be a lot of work to do to integrate flying cars into our society, but it’d all be for the good of the environment, right? It is estimated that an electric flying vehicle could be 35 percent more energy efficient over a 100 km (62 mile) trip when compared to a gas-powered car.

As impressive as this is, it doesn’t top what an electric vehicle is currently capable of achieving. On top of that, although we’d be eliminating the problematic gasolines needed for conventional cars, mining the natural elements required for our flying cars’ rechargeable batteries would be just about as bad.

So maybe flying cars will never be convenient enough for the average commuter to rely on, but that doesn’t mean we should stop exploring the technology.

What if you had the power to control things without touching them? What if you could use your mind for anything from bending spoons to lifting cars, and even stopping... 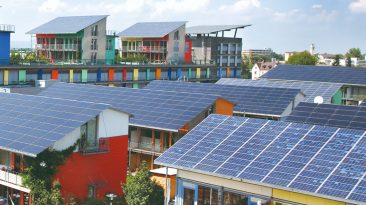