How to Survive a Motorcycle Crash

How to Survive Falling Through Ice

How to Survive a Cheetah Attack

How to Survive in the Bermuda Triangle

How to Survive a Street Fight

How to Survive in the Most Dangerous Prison

How to Survive a Polar Bear Attack

How to Survive Niagara Falls

How to Survive the Black Plague

How to Survive a Pirate Attack

How to Survive Driving Through a Storm

It’s freezing outside, and you’re still kilometers (miles) away from home. Suddenly, the windshield is covered in snow. The wind is pushing against your car, and it skids out of control. The steering wheel is useless. What are you going to do?

Breathe. You can survive this.

What speed is safe in a storm? What should you do if your car skids? And if you get stuck, how can you stay alive?

The U.S. Department of Transportation recommends reducing your speed by 33% on wet roads and 50% on snow-covered roads. That might sound like a lot. But at 32 km/h (20 mph), a small puddle can mean just a splash of water against your car. And at 100 km/h (60 mph), it could make your vehicle hydroplane. That means you’d skid out of control on wet pavement. Losing control could cause you to crash other cars, pedestrians, or go off the road.

Another risk is driving on black ice. That’s the thin but deadly layer of ice that forms over wet pavement at 0ºC (32ºF) or lower temperatures. So you really need to slow down and drive smoothly.

Braking can take 10 times longer, or more, than in normal conditions. When a car travels at 100 km/h (60 mph), braking takes about 73 m (0.04 miles) along the road. So on snowy pavement, it can take 730 m (0.45 mi). That’s longer than seven soccer fields. To protect yourself, and other people, slow down and increase your distance from other vehicles.

You might not know that your vehicle is hydroplaning, or slipping on black ice, until you can’t brake or steer. If that happens, don’t panic and hit the brakes hard. That will cause you to lose all control. If the vehicle doesn’t respond, release the pedals, and turn the steering wheel smoothly. Don’t make any sudden movements. At some point, the car will slow down and regain traction. Then you can regain control of it.

Step 4. Pack for a camping trip

In February 2021, Harlan Earl was heading home from northern California to Nevada when he got caught in a severe storm. The storm covered the road and his car with 1.80 m (6 ft) of snow. Fortunately, Earl was well equipped. He survived in the woods for a week, thanks to his winter clothes, propane gas, and camping gear. When the snow started to melt, and phone service was restored, he called the emergency services, and a helicopter came to pick him up. So, it helps to be prepared to survive in the wild.

If you lost control and hit something, get out of there immediately. Others will crash after you. As Ryan Chaney experienced in February of 2021. Texas was hit by historic winter storms that resulted in many fatal accidents. Ryan was one of the first drivers to crash in a 100-car pile-up outside Dallas. He was trying to help a woman trapped in her car when he saw a truck speeding toward them out of control. He should run for his life. The woman died, but Ryan survived and was able to help other victims out of their cars. Sadly, six people died that day.

Due to global warming, storms are becoming more intense, less predictable, and affecting more places. We need to stay alert, and be prepared for the worst, like huge winter storms in unusual places. Maybe, while you’re stuck in traffic, you should learn how to survive a polar bear attack. You never know.

How to Survive a Polar Bear Attack

The Northern Lights are one of the most amazing natural phenomena that you can experience in your life. But wait, you’re not alone. What is that big shadow in the... 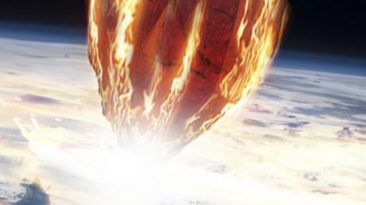