What If Love Didn’t Exist? 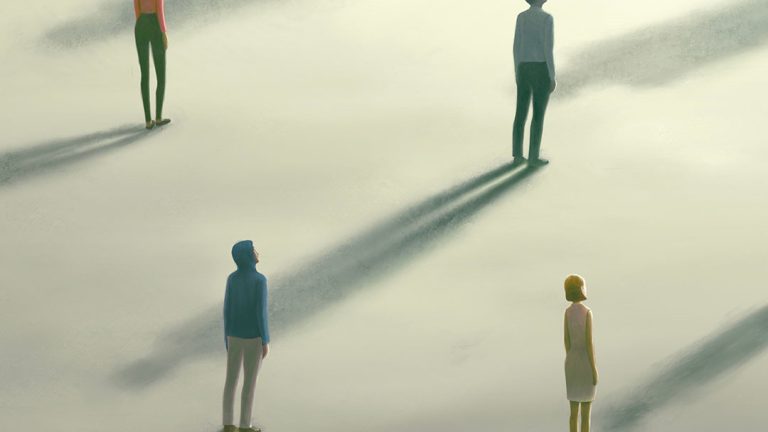 Love can make us do some pretty crazy things. When we’re in love, our brains release a cocktail of neurochemicals that not only affect our moods and our well-being, but are also crucial for the survival of the human race. So what would happen if we all woke up one day without the ability to give, receive, or feel love? Would we still have any desire to procreate? Or would our species just fade out of existence?

When we talk about love, we’re not just referring to the romantic type that exists between sexual partners. We’re also talking about the platonic love between family members, friends, and, believe it or not, even co-workers. Because love extends into so many different aspects of our lives, a world without it would mean a lot more than just not wanting to make babies anymore.

How would our economy change? Would sex disappear completely? And why could a lack of love lead to a world full of substance abuse? Before we can appreciate how different our lives would be without love, we have to understand how it works first. Love is not as simple as the “happily ever after” tales you may have heard. Instead, it’s more like a complex dance of neurochemicals.

Sounds romantic, right? Falling in love starts with an attraction between two people, and evolves into an attachment. When we fall in love, it stimulates the pleasure center of the brain. And that results in the release of feel-good chemicals such as dopamine, oxytocin, serotonin, and adrenaline. These chemicals don’t just put a smile on your face, they’re also important for your overall well-being.

Dopamine creates feelings of pleasure and satisfaction, and it boosts your mood and motivation. It also helps regulate your learning, and your emotional responses. Oxytocin is known as the “cuddle hormone,” because we release it when people snuggle, or bond socially. It’s particularly important for women during the birthing process and nursing.

Adrenaline helps you by giving your body extra energy, making it easier to focus, and is responsible for the “fight or flight” response. And serotonin is an important neurotransmitter that helps regulate anxiety, social behavior, and sexual desire. If we didn’t release these chemicals regularly, our lives would be a lot different.

For one thing, people would be having a lot less sex, as it, along with most physical interactions between people, would become more of a chore than anything else. The economy would take a major hit, because we make a lot of money off love. The industries most associated with love are jewelry, flowers, candy, and greeting cards. And they each add billions of dollars to the US economy every year.

Even the music industry would be crippled without love. It has been estimated that over 100 million love songs have been recorded. What would we sing about if we didn’t have love and breakups? If this world without love becomes the new normal, then it will be a less kind world, as people won’t feel a need to be caring towards each other.

Friendships will diminish, and family bonds will be strained. Bonding between parents and infants will not form as strongly, which could seriously affect the child’s social and cognitive development. Because the happy chemicals released in the brain by love feel so good, people may try to recreate those feelings by turning to drugs such as cocaine, methamphetamine, and ecstasy. This could lead to a rise in substance addictions.

The most alarming long-term effect of all this could be that the world’s population would begin to decrease. Love makes people want to have children and create families. If there is no love, humans won’t be driven to procreate. But the good news is that love is so deeply ingrained in our evolution, that it’s extremely unlikely to disappear overnight.

Although the scenario isn’t really plausible, imagining a world without love can show you just how much we take it for granted. If you were the last person on Earth, love would probably be one of the first things you’d miss.

What If Olympus Mons Was Located in South America?

What If You Moved an Entire City?

What If Carbon Disappeared for 5 Seconds?