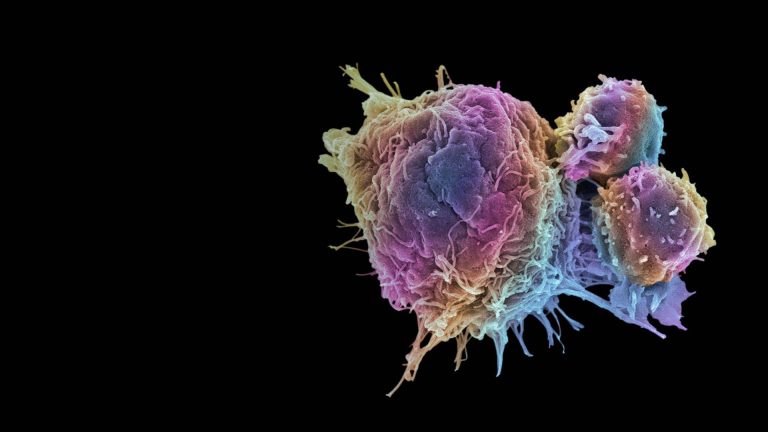 After 2,250 medical trials, involving 380,000 patient volunteers, your wishes and your prayers have finally been answered: we found a cure for cancer. What if that were true?

How would it work? How many lives would we save? Would there be any side effects?

Your body heals itself. But that’s not our answer, that’s our problem.

The trillions of cells that make up your body are constantly copying and dividing themselves, to become new cells that will replace the old, worn-out ones. But when an old cell refuses to step aside, that’s what we call cancer.

It can take many forms, but at the center of it all is a bad cell that doesn’t go away when it’s supposed to, and then it divides and conquers. In 1971, President Richard Nixon declared war on Cancer. A Today, we’re on the brink of bringing it to an end.

More than 250 years of cancer research, so far, has led to significant advances in cancer patients’ quality of life and life expectancy. We’ve reached a point where some of the most commonly diagnosed cancers have a survival rate of over 90 percent after five years!

Nonetheless, cancer remains the second leading cause of death around the world. It’s time for a cure.

In 2019, an Israeli biotech company declared that it had a cure, which it described as a “cancer antibiotic.” The company developed a molecular toxin that could connect to a series of cancer cells, and destroy them all in just one treatment.”

Of course, this claim raised many eyebrows. First of all, because it’s hard to differentiate good cells from bad ones, there’s a risk of hitting the wrong target. But more importantly, this “cure” still hasn’t been tested on humans.

Luckily, that’s only one potential cure among several ideas that are being tested. Another treatment might include self-regulating nanoparticles that are designed to kill cancer cells.

Meanwhile, scientists are also working on ways to stop nutrients from feeding and growing a malignant tumor. Whichever method might actually be able to cure cancer, it still doesn’t mean we’ll eradicate it.

After all, it’s just a cure, not a vaccine, which means new cases of cancer will still occur. Knowing there’s a cure, some people might decide to live more dangerously. They might not be as inclined to quit smoking, or to eat healthier, unless, they could afford a to continue their bad habits.

The U.S. has the best cancer survival rates in the world, thanks to sophisticated medication and technology. But all that comes at very high prices, often costing hundreds of thousands of dollars.

If a company did develop a successful cancer cure, we can almost guarantee that it wouldn’t be cheap. The economic impacts of this discovery would affect pharmaceutical companies around the world, as well as people in about 70 different medical professions.

People in developing countries might not even have access to the cancer cure, meaning that their lives would barely be affected by this breakthrough – at least not immediately.

While a cure for cancer might begin as costly and exclusive, it would still be among the biggest milestones in medical history. And we could probably employ the same research, techniques or technology to fight other challenging diseases.

So if you’re a doctor or a scientist who is watching this right now, get back to working on that cure! But when it’s time for another break, or a little inspiration, we’ll be waiting for you right here with another What If.

What If a Blazar Entered Our Solar System?