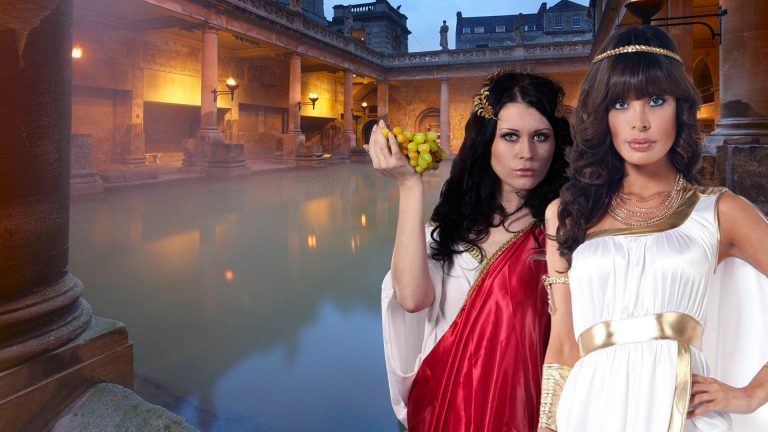 Throughout history, there have been many incredible civilizations that have shaped the way we live today. One was Ancient Rome, a once majestic and thriving city whose strong foundations live on to this day. Yet despite all its grandeur, life as an average citizen in Ancient Rome was hard and unforgiving.

Let’s imagine you woke up sometime between 27 B.C.E. and 180 C.E., the Golden Age of Rome. Known in Latin by the Romans as Pax Romana, or ‘Roman Peace’. This epoch began when Augustus came into power after his father, the infamous Julius Caesar, was assassinated.

With Augustus on the throne, Rome began a period of rapid development. At its peak, it was home to over one million people. It was truly a golden era of architecture, science, art, entertainment and economic growth. It was a time of peace and prosperity. If you were rich, that is. Ok, so what’s the catch?

Well, unless you were part of the 1% that controlled 16% of Rome’s wealth, life was tough as a citizen. Up to 50% of all Roman children died before the age of 10. And most adults were lucky if they lived long enough to see their fifties.

Even though things were peaceful, battles still happened and soldiers were in demand. Roman armies at this point were largely made up of volunteers who were hoping for a chance at a better life.

Most soldiers came from the poorest social class and were stationed at the borders of the empire, where the most trouble was expected. As a soldier, you were able to settle in the land where you were stationed, once you retired. And if you were particularly good with a sword or a bow, you might be handpicked to join the special forces designed to protect the emperor. Or maybe to climb the ranks as a gladiator. They were treated like celebrities. Well, at least the ones that survived.

With a large portion of the men away from home working as soldiers, women gained more autonomy during this period, serving important roles as city councillors, lawyers, teachers and more. Some women were even gladiators.

However, the men in the family still had the privilege of handling the matters of property and finance. Most of the poor lived in cheap wooden houses. Many of them lived in the city slums where crime was rampant. You might find the Emperor Augustus’ police force, or Cohortes Urbanae, patrolling some parts of the city. But generally, the poorer areas were lawless and dangerous.

Whether you were a soldier, philosopher or senator, most Romans ate a similar diet of bread, cheese, grapes, nuts, olives, and meat. If you could afford it, you could eat out at one of the many bakeries in the city. To wash things down, you’d have the option of thick milk, watered wine, or fruit juice. That doesn’t sound so bad to me.

After lunch, many Romans went to the bathhouse to swim, play sports, bathe, or get a massage. And dinner was just a few hours later, around 4 or 5 p.m. in the afternoon. Okay, where do I sign up?

While many Romans had this luxury, a large portion of them were slaves or ‘clients’ for rich families. In this patron-client system, people were sold and forced to help with all kinds of work. From hard, menial labor, to highly skilled jobs like teachers, accountants, and doctors. If they were lucky, their patrons would give them a good dinner and they would go home with pockets full of food. And if they did really well, they would eventually be freed. Some poor people were desperate enough to sell their children in times of hardship.

Speaking of hardship, if you needed to use the washroom, you could visit one of Rome’s public toilets, housing over 10 toilet seats. Out in the open. Hmm, how, intimate. These weren’t exactly the cleanest, and instead of toilet paper, Romans had a stick with a sponge on the end that they would share. Yeesh, I’ll stick with my bidet, please.

And when it was time to clean up, many Romans used urine from humans or animals to decontaminate surfaces, treat infections, and even to wash their laundry. It might sound strange, but urea in urine breaks down into ammonia (NH3), a strong cleaning agent found in most cleaning supplies today.

And if you happened to get sick with epilepsy, you might be prescribed some gladiator’s blood or liver to consume. Uh, thanks, but no thanks, doc. If you managed to save up a little money, you could go shopping at the Trajan’s Market, the first-ever mall in the world. Or if you were craving more excitement, how about a chariot race at the Circus Maximus? Or an epic gladiator battle? Maybe some theatre? And for the budget-minded, there were plenty of public executions to go around.

But if history is your entertainment of choice, have you ever wondered what the world would be like if Christopher Columbus never discovered America?

What If You Moved an Entire City?

What If You Only Drank Breast Milk?