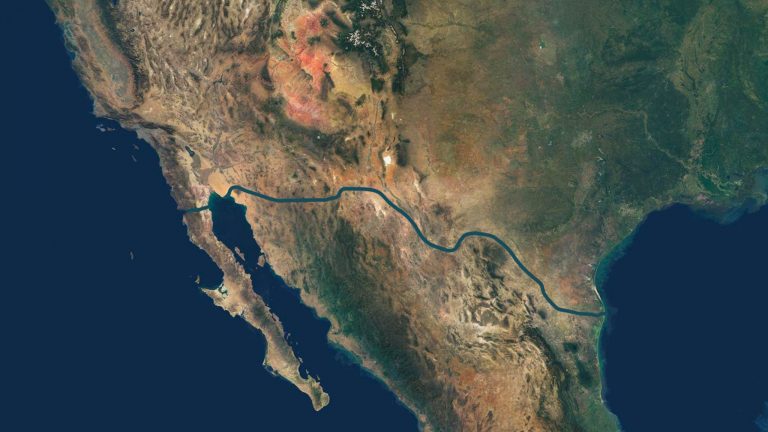 How about we rip the United States and Mexico apart from each other, geographically speaking? It would open up new trade routes that would make a ton of money for both countries, and it could create a whole new tourism industry for cities along the canal.

But would it be worth its giant price tag? And could it create political instability?

If we’re going to go ahead and build a canal along this border, this giant river seems like a natural starting point, don’t you think? But before we bring our big machines down there to expand the river, maybe we should stop and ask ourselves: how’s this going to impact the surrounding environment?

For starters, the Rio Grande provides water to six million people, so having ships of all sizes passing through it, and creating pollution, probably wouldn’t be a great idea. Plus, if we were to expand the Rio Grande along the border, we’d be crossing through six separate eco-regions.

Along this stretch, there are 62 species of animals and plants that are currently listed as critically endangered. Our Rio Grande canal could be just enough to push these species over the edge from endangered to extinct. It could wreak havoc with seasonal migration for some species, and severely limit food sources and mating.

Okay, I agree, this is starting to look pretty complicated. So how about we look at an existing canal for guidance?

The Panama Canal cuts across the Isthmus of Panama, connecting the Atlantic Ocean with the Pacific Ocean, using a series of locks to adjust to the changing elevations from ocean to ocean. In total, 14,000 ships a year make use of it, with larger cargo ships having to pay upwards of $1 million to use it. That’s a lot of money that we could be making over in North America.

If we were to build a canal that matches the width of the Panama Canal, we’d have to move about 53 billion cubic meters of earth, at a price of $11 trillion. And that number is just for the length of the Rio Grande, which is the shared border from the Gulf of Mexico to El Paso, Texas.

The Rio Grande would need reinforced concrete walls, and barriers installed along its shores. And it would need to be dug deeper in some areas.

If we follow the operations guide of the Panama Canal, a specially trained canal pilot would have to navigate any large boat for the duration of its trip through the canal. This might present some issues since, in the case of the Panama Canal, we’re dealing with hours to go across the canal, whereas here it would be days that another person has charge of the ship.

We’d also have to find a way to deal with border crossings on foot or by car. There are 47 legal points of entry between the U.S. and Mexico. Sure, we could replace those with bridges, but each of those bridges would cost approximately another $600 million.

Even though this project would bring a lot of benefits, it seems like it would bring even more questions. Such as, who would be paying for all this? How much would be covered by the U.S., and how much by Mexico?

It wouldn’t be economically feasible for either country, since it would cost trillions of dollars just to finish construction across a couple of states. To fund such a massive project, could mean taking that money from more vital social or medical programs, anything deemed expendable by those with interests in the canal.

The political fallout from this could also be significant — we’d literally be making a cut through North America. This could create a new source of global instability, something that might be viewed as an us-against-them mentality by other countries. 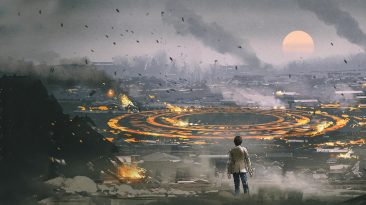 If you traveled 10,000 years into the future, what would planet Earth look like? Would most of its surface be covered in volcanoes? Or would it be frozen in ice? What if...

What Happens When You Get Sprayed by a Skunk?

What If You Were Attacked by a Komodo Dragon?

What If the Earth Was a Polyhedron?

What If the Moon Was Flat?

What If You Drank Snake Venom?