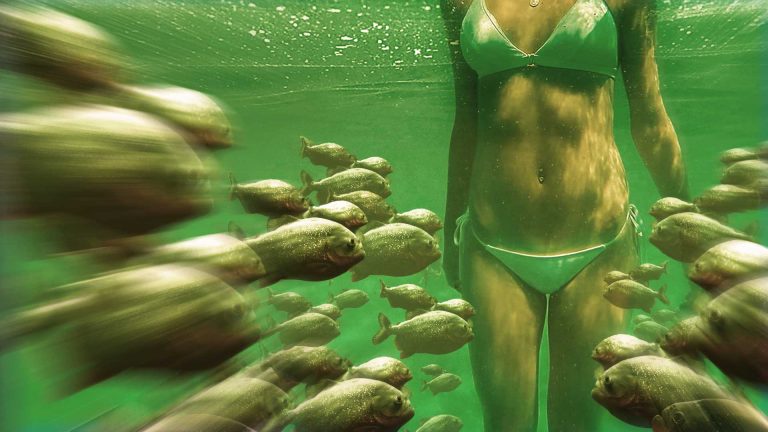 We’re talking about a fish that’s much, much smaller than a great white shark, but that’s got a bite about two times greater! Its teeth are supposedly so sharp that if it were to bite you, you would only realize it after you saw the blood.

But what if you were attacked by a school of these colorful, fast-moving carnivores? How much would you feel? How long would you last?

Piranhas have been around for a really long time. Fossil evidence puts the piranhas’ ancestors in South America as far back as 25 million years ago!

And the modern piranhas we know and love today have been here for 1.8 million years. So we’ve had some time to learn about these fearsome little river-dwellers.

But how much of it is true? Pay attention! What you’re about to see might just save your life! 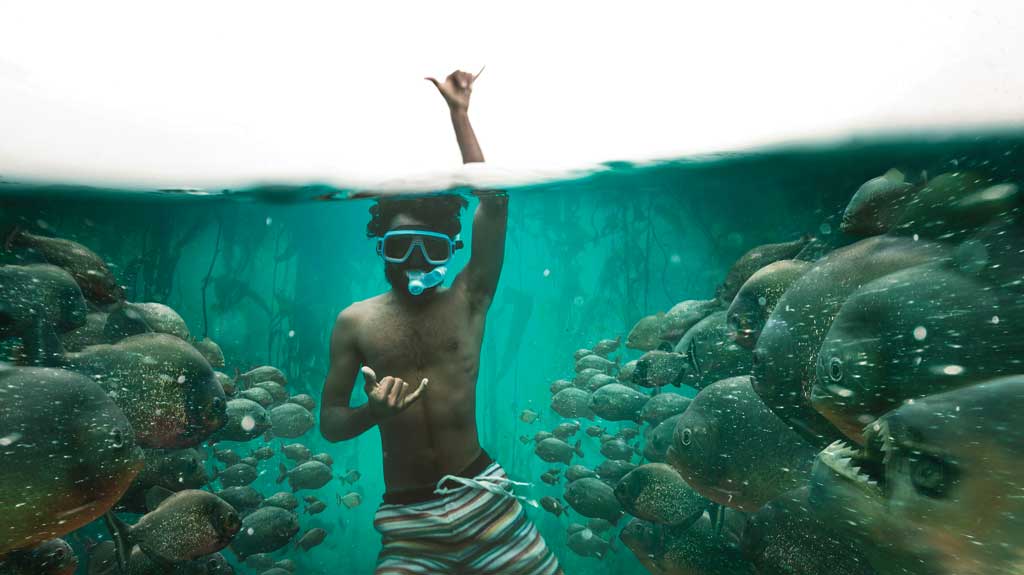 That piranhas are vicious, blood-thirsty creatures that will tear you apart in minutes is … largely a myth. In 1914, former president Theodore Roosevelt was on a survey expedition in Brazil, where he witnessed a group of locals tossing a dead cow into a river that they had stocked with starving piranhas.

The feeding frenzy that followed led Roosevelt to see piranhas as “the embodiment of evil ferocity.” He compared their teeth and their jaws to those of sharks, and claimed that their preferred prey is usually much larger than themselves.

Well, the story stuck. And naturally, like “Jaws” before it, “Piranha” became a 1978 cult classic, spreading several myths about the fish that a lot of people still believe. The real truth is that piranhas are relatively calm fish. And most of them are scavengers that feed on insects, worms and plant material in the rivers where they live. 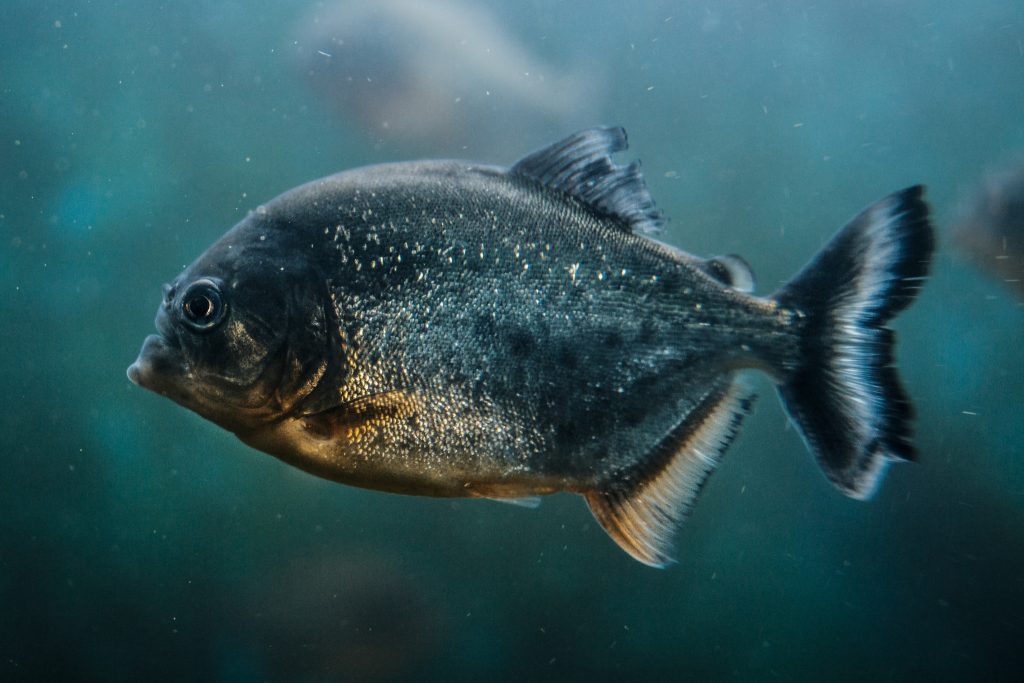 Of the few species of piranhas that are attracted to the smell of blood, well, they tend to go for prey that’s roughly the same size as them. In fact, if you fell into a pool of piranhas, chances are they’d actually be scared of you! Piranhas aren’t really interested in humans unless they are extremely hungry, and the human is already dead.

But it’s not like someone would starve a pack of piranhas and put them in a pool just to watch them eat something!
At worst, you might get nipped and gnawed on a little, which is scary enough!

But, you can rest assured that there has never been a scientifically proven case of a human being killed by a piranha. Sorry, gory B-movie lovers!

But don’t let me spoil all the fun! Even though you know the truth now, the idea of what piranhas can do is still terrifying! These fish typically grow up to 50 cm (20 inches) long. They hunt in packs and have a bite force that’s three times their body weight. 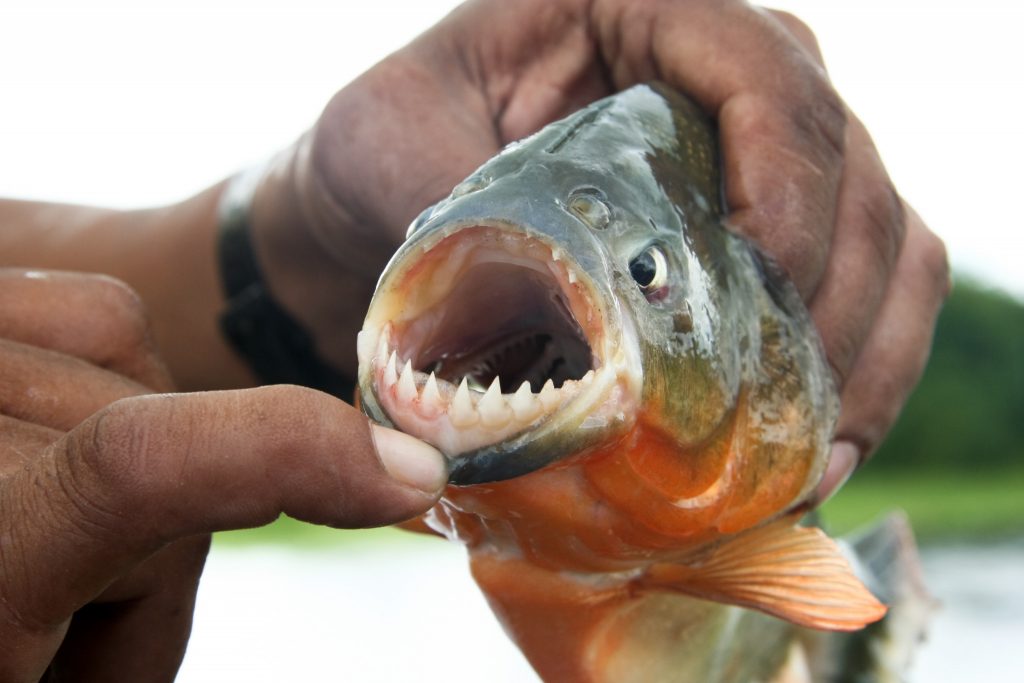 This means that, relative to its size, a piranha bites harder than a great white shark, harder than an American alligator, harder than a T-Rex, and even harder than a megalodon! And while it’s highly unlikely to happen, if, for some reason you were attacked by a school of piranhas, roughly 400 of them could turn you into a skeleton in just 5 minutes.

But of course, there’s always a bigger fish. So even if piranhas aren’t really something you have to worry about, there’s a lot underwater that you’ll want to avoid. Can you imagine being swallowed whole by a whale? 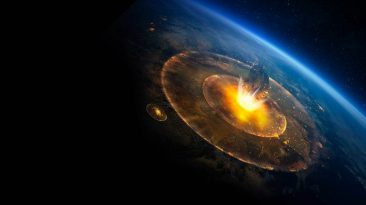 What If Giant Mushrooms Grew on Earth?

What If Humans Were Translucent?