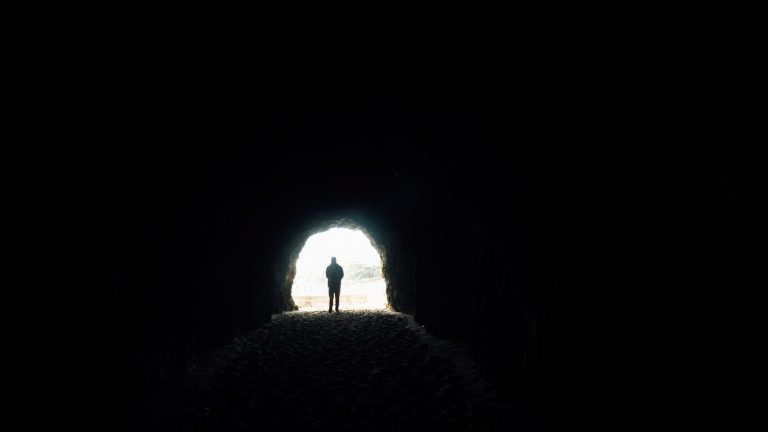 Death and the possibility of an afterlife have fascinated artists, philosophers, and scientists throughout history. Fear, hope, dread… these are all things we might feel when we ponder what happens to us after we die.

But what does science actually know about the afterlife? If we knew that we went somewhere after we died, would we lead better lives?

Or would we shrug off our earthly responsibilities, knowing that death wasn’t the end? Death is not as straightforward as you might think. The term ‘clinical death’ wasn’t even coined until 1846, by Dr. Eugène Bouchut.

He suggested that if you listened through a stethoscope, and there was no heartbeat for two minutes, the patient was clinically dead. Today, determining whether death has occured is more complicated.

The heart can continue to beat for a full week after the brain dies. This was shown by UCLA’s 1998 study. These 175 bodies were still functioning one week after brain death, called beating heart cadavers.

Could they be unable to make the final jump into the afterlife? We can’t tell for sure.

The closest we can get to discovering concrete answers is by looking at near-death experiences. According to a 2014 Gallup poll, eight million Americans claim they have had a near-death-experience. And that’s just in one country.

Stories across the globe describe the same sort phenomena happening around the time of death – either being surrounded by a bright light, or seeing a being made of bright light. This experience is so prevalent that Bruce Greyson developed the Greyson NDE Scale in 1983.

This scale determines if a person had a near-death experience based on their answers to 16 questions, such as: “Did you see, or feel surrounded by, a brilliant light?” “Did you seem to enter some other unearthly world?”

In a four-year study of awareness during resuscitation, the University of Southampton found that 39 percent of cardiac arrest survivors claimed to have been aware of their surroundings, before their heart was restarted. In most cases, the brain stops working 30 seconds after the heart stops beating.

Yet in this study, people claimed they were conscious for up to three minutes after their heart stopped. The survivors’ experiences included time slowing down or speeding up, out of body experiences, or a peaceful feeling.

Some even had distinct memories of their surroundings. These experiences make sense when you know that brain activity actually spikes around the time of death.

A 2010 study from the George Washington University Medical Center studied the EEGs, or electroencephalograms, of seven critically ill patients as they were taken off life support. The patients showed a spike of neural activity near death that lasted from 30 seconds to three minutes.

Are these spikes in mental activity proof of an afterlife? The short answer is no.

What if a scientist makes the world-changing discovery of an afterlife? How would that affect the way we live?

That could depend on the type of afterlife. Let’s say there are different characteristics of an afterlife, and the way you lived on Earth determined where you go after death.

If this was a hard fact that everyone knew, then we would probably strive to be much better people. People would have different opinions about what factors would be the most rewarded in the afterlife, and this would be a point of conflict.

There might even be a whole new field of science dedicated to discovering the rules of the afterlife. But what if the opposite is discovered? What if there is just one place where everyone goes, no matter what they did while alive?

Researchers have found that when reminded of death, people tend to shop more, drink more, eat more, smoke more … in other words, they live it up. This doesn’t bode well for a reality where the afterlife is just one happy, responsibility-free destination.

It would be easy for people to decide that what happened on Earth, or to the Earth, doesn’t really matter. There could even be an increase in reckless behavior and suicide. Death cults, anyone?

Even if scientists prove the existence of an afterlife, the reality is that they wouldn’t know how that afterlife functioned. The only people who would know what it was like would be, well, dead.

People’s understanding of the afterlife would still be formed by their personal beliefs. We will probably never know if there is an afterlife. But luckily for us, we have longer to live than ever before.

It would be wise for us to use our longer lifespans to do good on the Earth that we have. The afterlife may or may not exist, but the world that we live in today definitely does.

Seriposly science is unable to detect direct connection of this and afterlife.

Well, Science is several leap years behind the Bible. The Bible already proven there is after-life that is dependent on how we live here on earth. I would rather science prove faith. It will help them believe what God the creator has said and done.

We come from nothing, we return to nothingl.

What If Jupiter and Saturn Collided?