Are all of your memories real? Did everything happen the way you remember it?

What if somebody filled your brain with memories that aren’t yours? Would you be able to tell the difference between what’s real and what’s not?

A memory is made in three major steps: encoding information, storing it and then retrieving it. And it all happens here.

Your brain has approximately 100 billion neurons, all passing signals back and forth, through a complex network of 1,000 trillion synaptic connections. Your memories aren’t tucked away in one specific place in your brain.

Instead, they are kept in different groups of neurons, which are called engrams. And there are a few ways to hack them.

In 2016, researchers at MIT implanted a false memory into a mouse. They did it with the help of a technique called optogenetics.

Basically, they genetically engineered mice to have a gene that responds to light, and then they fired lasers to stimulate that gene. But you don’t need to undergo any genetic engineering to have false memories.

It’s relatively easy to manipulate your brain into thinking that it’s storing information it doesn’t actually have.
Memories of traumatic events can be especially vulnerable to outside influences.

All these people can thank hypnotherapists, and their ability to plant false memories using only the power of suggestion. Memories are not really a reality.

They are something that can be created, molded and influenced. That’s why eyewitnesses aren’t too reliable when it comes to describing the details of a crime scene.

For example, in one study, test subjects were shown footage of car accidents, and 26% of them “remembered” seeing a bus, despite there not being any bus in the footage. We are having false memories fed to our brains on a daily basis, through social media and news.

With the studies currently underway, it is possible that a more direct, “in-brain” connection could be made and used to manipulate and create memories. If that happens, who would make the call on uploading false memories?

Would the person receiving them be aware of what was happening? And what if they weren’t?

Maybe we could use these kinds of memory implants to reform criminals faster, or help make a dying person’s final days better for them. Would we make businesses that implant fake vacations? Or rewrite the memories of some traumatic events?

Someone suffering from post-traumatic stress disorder could have their memory wiped clean and start their life again. We could overwrite the memories of abuse, or upload memories that would help a person to cope with a difficult situation from their past.

And it would all seem so real, they might never know it wasn’t. In the future, we could implant memories that form a decent moral code in everyone on the planet, and create a respectful society free of crime.

On the other hand, this could go very wrong, in so many ways. The technology could be used to alter the neurons in a person’s brain, making them feel something they really don’t, or think they did something they actually didn’t.

Would you trust your medical professional if you required a memory implant? Personally, I would rather upload my brain to the cloud, and become digitally immortal.

Imagine what it would be like if you could wake up in your New York City apartment at 7:00 a.m., and make it to your job in London, England by 9:30 in the morning. That... 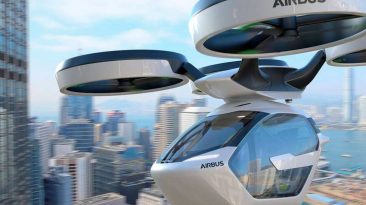 Imagine an entire network of flying cars zooming around 2,000 meters (6,561 feet) above our congested city streets. Your morning commute would be a lot different up...