Humans have a knack for changing the environment. Often, these projects have effects we didn’t plan for. Sometimes, it’s disastrous. And other times, it gives us energy and agriculture.

But what if we took the hottest desert in the U.S. and transformed it into a lake? How would we do it? Would it help fight climate change? How would it affect the people that live there?

Death Valley is the hottest place on Earth with an average summer temperature of 49°C (120 °F ). It covers 1.3 million hectares (3.4 million acres) of California and Nevada in the U.S. Flooding it sounds impossible.

But Death Valley periodically floods itself. In 2015, the lowest point of Death Valley, Badwater Basin, became a lake after a severe rain storm.

And south of Death Valley lies the Salton Sea. This freshwater lake was accidentally created in 1905 when engineers caused the Colorado River to flood. So was this an environmental boon? Or an ecological nightmare?

A lake in the middle of a desert sounds like a great idea. But the Salton Sea revealed a different reality. What began as a freshwater lake is now a toxic and salty body of water. All the fish died. And it smells like rotten eggs. Why?

It had no drainage. Salt levels increased, oxygen depleted, and run-off from agriculture poisoned the water. Would the same thing happen if we flooded Death Valley?

Not if we’re smart about it. Terraforming this area, a process of turning a hostile environment into one more suitable for human life, would require building a channel from the Pacific Ocean to Death Valley. This would be about 480 to 650 kilometers (300-400 miles) long and would bring water into Death Valley.

But what flows in, must flow out. So, we would also need to build a second channel between Death Valley and the Pacific Ocean for water to drain.

This would avoid the stinky mistake of Salton Sea by allowing water to move freely in between the new Death Valley Sea and the Pacific Ocean. And there you go! Water instead of a desert. But what would that really change?

First, we’d have to think of a new name for the area. Death Valley doesn’t seem very appropriate for a brand new body of water.

But more importantly, it would be a huge job creator. The venture capital firm, Y Combinator, proposed a desert flooding project in 2018 costing $50 trillion.

The workers would need essential services, so an economic boost would spread to surrounding areas as the channels were built. And the new lakefront property would eventually bring real estate and tourism. Small towns might pop-up around the lake, substantially increasing the current population of 320 people in this area.

Flooding Death Valley could help in the fight against climate change. Building turbines along the channels would create renewable energy from water flow.

Phytoplankton would grow in this newly created marine environment, reducing the carbon dioxide in the air. It could even offset rising sea levels by creating space for that water inland. But should we do it?

While deserts are usually seen as lifeless expanses, they are important ecosystems and host a variety of different plants and animals. We would be displacing many animals if we flooded Death Valley. Say goodbye to the famous roadrunner, as well as bobcats, gophers, and cottontails.

These animals would need to find new homes. This becomes a problem when they decide your backyard looks nice.
Deserts are also extremely valuable for mineral production. 50% of the world’s copper comes from deserts. Gypsum, borates, nitrates, potassium, and salts are all minerals that build up in deserts when water evaporates.

Lithium, an essential mineral for batteries, is found in the Atacama desert in Chile as well as deserts in Bolivia and Argentina. Electric cars, cellphones, and other green technology wouldn’t be possible without it.

One-third of the planet is covered in deserts, and flooding them is not a new idea. Terraforming them into lakes has been debated for over a century.

But for now, let’s enjoy the beauty and diversity that deserts like Death Valley or the Grand Canyon offer us. Although, there are plans to terraform the entire Sahara desert. This would require international collaboration and would have huge impacts, both good and bad, around the world. 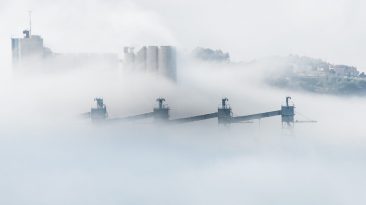 ﻿ Don’t you just love fresh air? And feeling healthy? If only that were possible. That deep, relaxing breath you thought you just took, is full of microscopic... 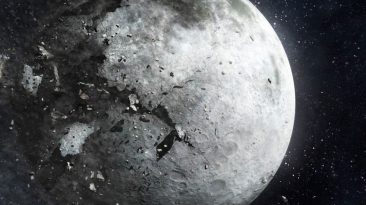 In 1044, the Chinese invented gunpowder. And we’ve been getting into trouble ever since. Fireworks are cool, nuclear warfare is not. And nuking the moon...

What If You Went Surfing on a Tsunami?