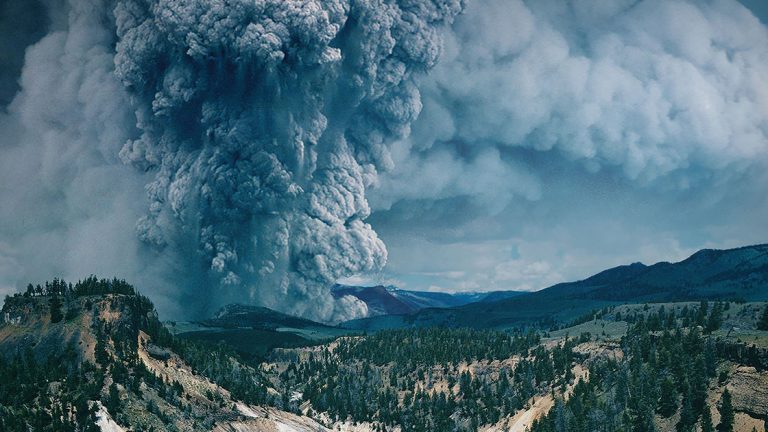 Located in the United States, one of the world’s largest volcanoes is gearing up to explode. It’s known as the Yellowstone Volcano, and it’s not just any regular volcano. Instead, it’s a supervolcano!

If Yellowstone decided to erupt, the results would be devastating. But just how bad would they be?

Is there anything we could do to stop it? Could this affect the entire world? And how would this change our weather?

Located in Wyoming, United States, Yellowstone has erupted three times in the past 2 million years. This has led some people to wonder whether we should be worried about another Yellowstone eruption in the near future.

And by “near future,” we mean probably in another couple of hundred thousand years. But instead of waiting so long, what would happen if the eruption happened tomorrow?

If you live in North America, there would be virtually nothing you could do to prepare. Now that this supervolcano has exploded – well first, what makes Yellowstone a supervolcano anyway? Apart from it being larger in size, a supervolcano also produces a much more massive explosion.

Most of the time, when we think of a volcanic eruption, we think of the hot, molten lava spewing down, covering the surrounding area. While that would happen at Yellowstone, and it is something you’d need to worry about, it wouldn’t be the only thing. In fact, the lava pouring out of the volcano might be the least of your worries.

Surprisingly, there wouldn’t be much of it, at least not as much as you might expect from a supervolcano. That’s because before lava leaves a volcano, it’s first known as magma. 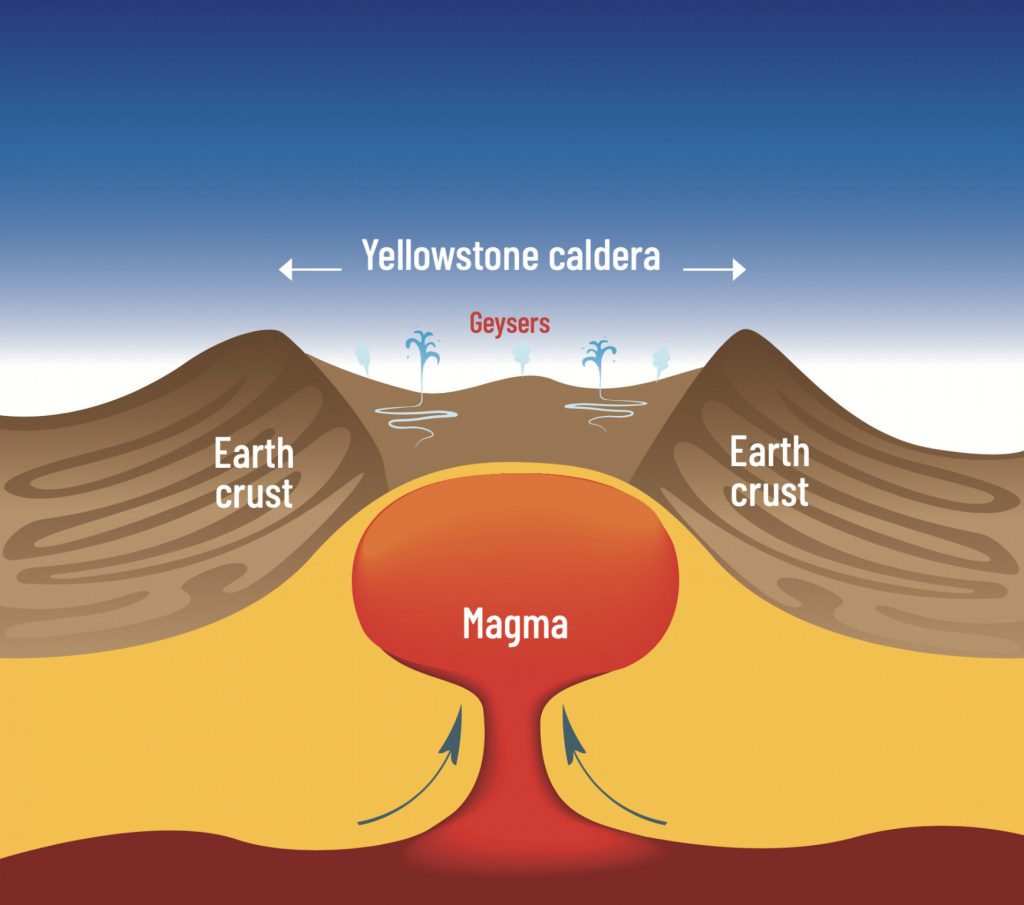 But in this case, a lot of Yellowstone’s magma won’t be able to become lava. That’s because it will be shot up into the sky, becoming airborne ash particles.

And it won’t just be any type of ash. These will be scorching, tiny particles of jagged rock.

This would affect nearly the entire United States. Tens of millions of people within 1,000 km (621 mi) of the eruption would die. If you breathed the ash, which would be inevitable in a scenario like this, it would form a cement-like mixture in your lungs, causing you to suffocate. Buildings would collapse, as just 30 cm (12 in) of ash is enough to cave roofs in.

And you’d still be in trouble even if you were outside that 1,000 km (621 mi) range. Experts say that even the east coast of the United States would be covered in 1 cm (0.4 in) of ash, which would still be incredibly dangerous to our human lungs.

Parts of Europe would even see some ash, with a light dusting reaching their way. And that wouldn’t be the only effect they’d experience. Apart from the deadly ash everywhere, the entire world would experience a temperature drop.

The ash lingering in the air would block out the sun, resulting in significant weather changes. The global temperature would drop by 10 degrees, which could last as long as a decade. The ash would also affect crops, water supply, and virtually everything else in the western part of the world.

So although you’d probably survive the initial explosion, you’d eventually suffer the consequences of the ash, whether that be dying relatively quickly, or living long enough to experience a colder, harsher world. Luckily, you can take a deep breath of ashless oxygen, knowing that something like this will probably never happen, at least not in our lifetime.

And an even more likely eruption at Yellowstone would be a relatively simple lava flow. In fact, since the last major explosion 600,000 years ago, we’ve had nearly 50 of these eruptions and 0 casualties. But a way to almost definitely get killed by lava would be to drop your trash into it.

What If the U.S. Started World War III?