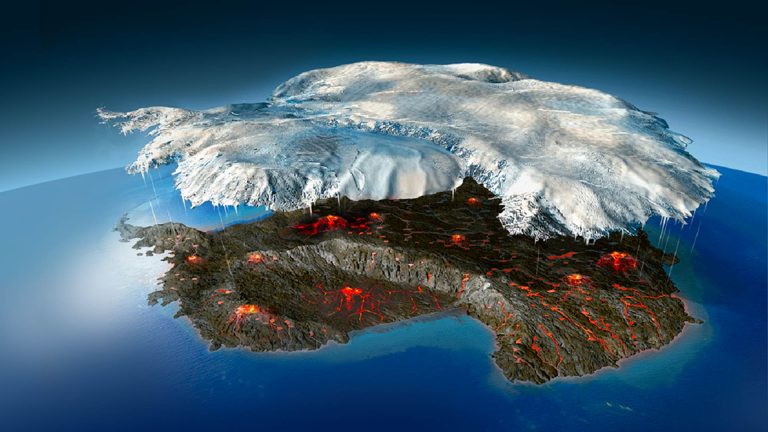 Deep beneath the thick layer of million-year-old ice, something is lurking quietly, waiting to rip through the rigid ice sheets. This enormous icy wasteland is sitting on top of a volcanic ridge. 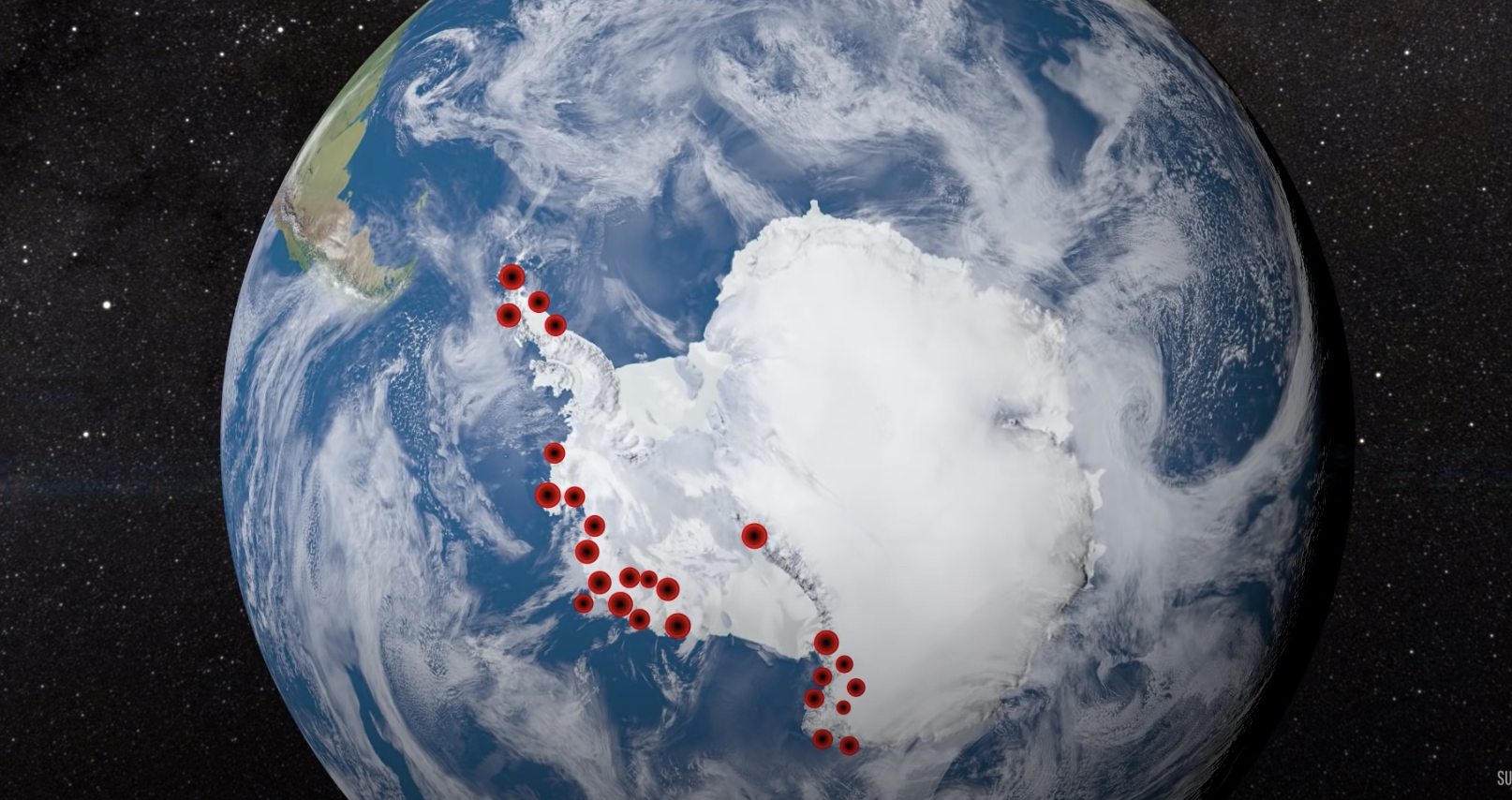 And in our hypothetical world, these volcanoes are about to wake up. Could their scorching lava wipe out the surface of Earth? Or would the thick Antarctic ice stop the lava before it makes our planet uninhabitable?

Antarctica is the coldest continent on Earth. And it’s quite mysterious.

We didn’t know it had active volcanoes buried underneath it until 2013, when scientists accidentally detected two clusters of small earthquakes. Now that we’ve scanned Antarctica with ice-penetrating radar, we know that there are many more volcanoes hiding below the ice. One hundred and thirty-eight, to be precise.

But that’s only the ones we know of. How many more could be hibernating there? And how much trouble would we be in if all those volcanoes suddenly decided their slumber was over?

It shouldn’t be too surprising that these ash-breathing ruptures have been buried under Antarctica’s ice sheet this whole time. After all, volcanoes are easy to come by even outside our home planet.

There are volcanoes on Jupiter’s moon Io, Saturn’s moon Enceladus, and on our planetary neighbor Venus. But let’s not waste our time there. We’ve got our own world to save.

Do you know what happens when a volcano erupts? There are usually warning signs before the real action begins, like, the waves of earthquakes. They indicate that there’s molten rock moving beneath the surface. 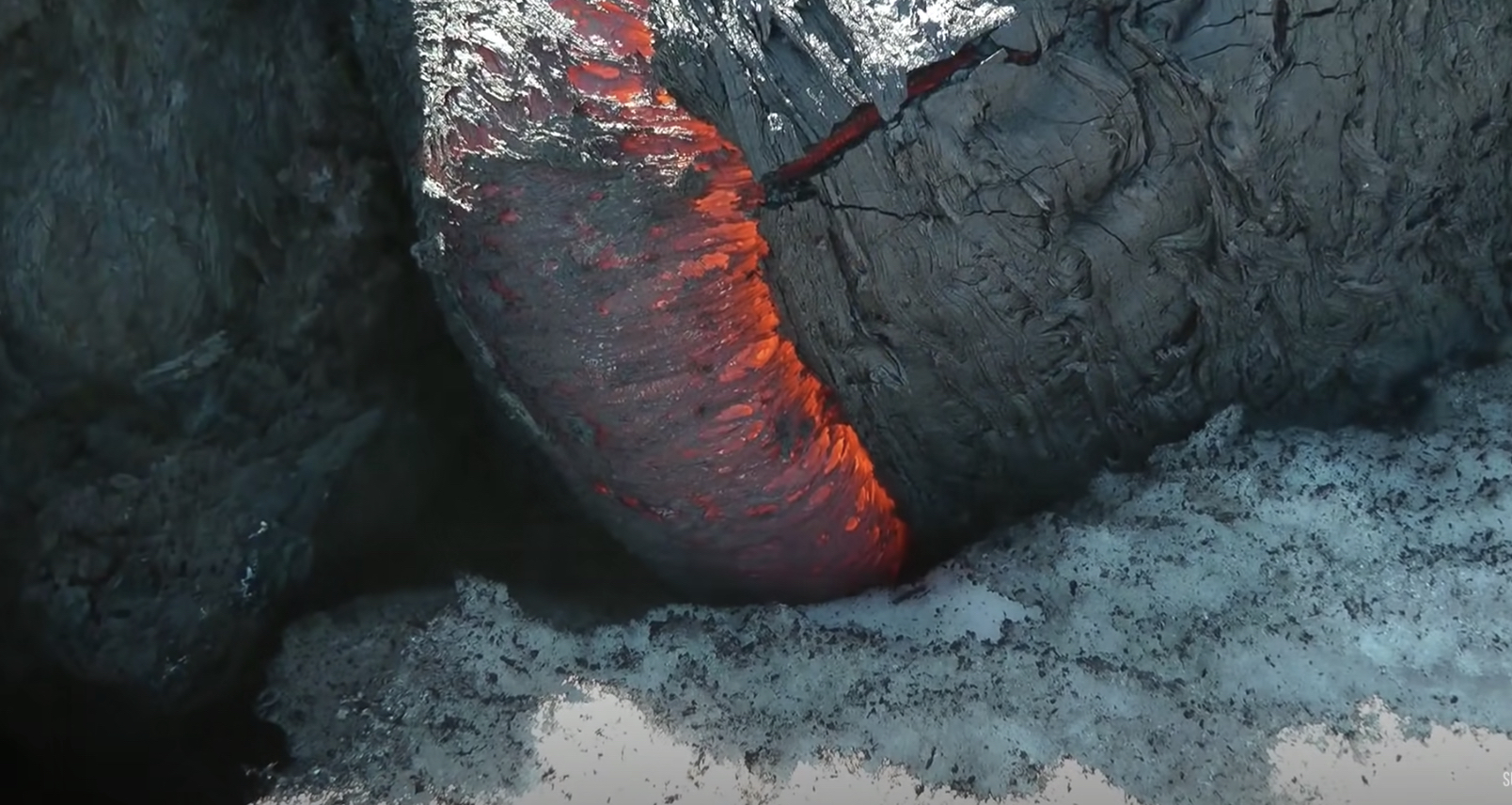 Then lava and ash join the party, accompanied by heated gases. It depends on a variety of scenarios and the kind of lava involved, but on average, lava moves at the speed of 10 km (6 mi) per hour. Quite easy to outrun.

But when a major eruption occurs, a volcano releases superheated gases and ash. Combined, they create something called a pyroclastic cloud.

But Antarctica’s volcanoes are a different story. They’re buried under layers of ice that are more than four km (2.5 mi) thick in places.

We wouldn’t be dealing with volcanic gases making their way to the surface — at least as far as one eruption goes. The heat released would melt massive caverns in the ice, creating substantial amounts of meltwater. And that’s when things would start getting ugly. 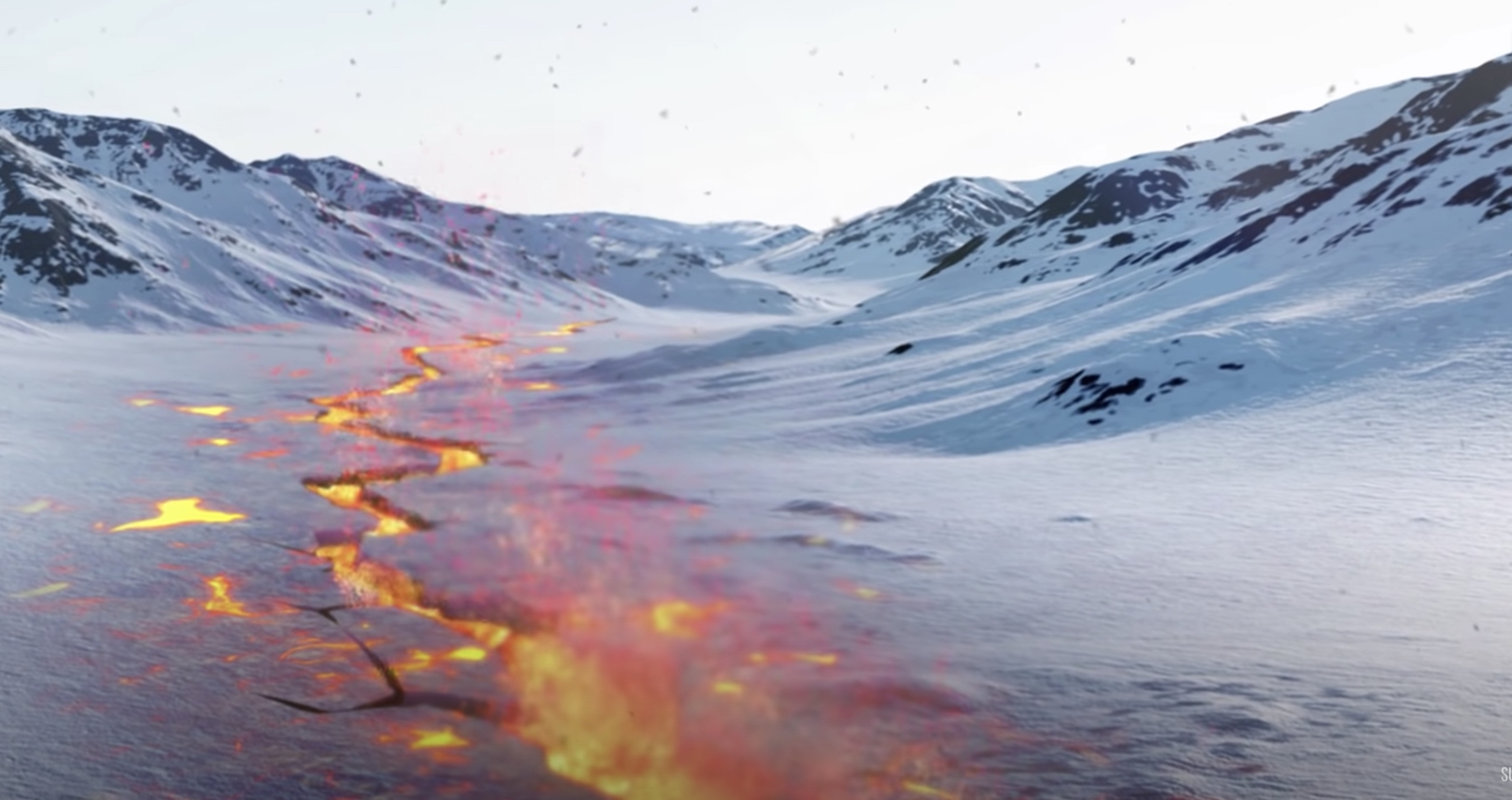 The newly created meltwater would cause the ice above it to move more rapidly. The Antarctic ice cover would begin heading into the ocean.

From there, the domino effect would kick in. The huge weight of the ice puts all that pressure on volcanoes, keeping them stable. But decrease that pressure, and a volcano gets limbered up, and magma finds a way out through an eruption.

In the case of Antarctica, multiple volcanic eruptions could wake up over a hundred other volcanoes, and destabilize the entire region. As the volcanoes continued to blow their tops, more meltwater would be created, causing more of the Antarctic ice to slide into the ocean.

Antarctic ice would be enclosed by warmer ocean currents. On one hand, we’d get a new look at Antarctic bedrock that’s been hiding under the ice this whole time. On the other hand, the ice wouldn’t just disappear into thin air. It would melt. And if all of Antarctica’s ice melted, it would raise the global sea level by about 60 m (200 ft).

Wildlife along coastal areas would lose their habitats, and agricultural soil would become contaminated with salt.
Extensive flooding would push millions of people away from the coastline. If the eruptions happened in a span of one day, we’d be looking at thousands of deaths, and storms wiping out everything floating in the oceans.

But let’s go back to Antarctica for a second. Now that all the ice has melted, what about the rampaging magma? The good news is, it wouldn’t turn the Earth into a lava world. After all, the eruptions would occur underwater.

The hot magma would solidify in the cold water of the Antarctic Ocean, and maybe add more real estate to Antarctica’s own bedrock. But things don’t end there.

When volcanoes erupt on land, they spew out heated gases, including carbon monoxide, methane, carbon dioxide and nitrogen. To go along with this, there is usually some water vapor thrown into the mix. By some estimates, volcanoes are responsible for the release of 645 million tons of CO2 every year.

If the Antarctic volcano eruptions turned out to be powerful enough, they would blow open large expanses of ice, allowing the release of even more toxic greenhouse gases. When one of Antarctica’s surface volcanoes, Mount Takahe, erupted some 18,000 years ago, it spewed out the chemicals that ate a hole in the ozone layer.

That hole warmed the Southern Hemisphere and caused glaciers to melt. It helped wrap up the last ice age. Now imagine over a hundred volcanoes erupting all at once. That can’t be good for our planet.

But don’t worry. Antarctica’s volcanoes won’t erupt all at once. If they start to wake up, it would take decades for anything substantial to happen.

Wait minute, I thought man made cfc’s caused the hole down there.

What If Our Oceans Froze?

What If the Multiverse Was Real?