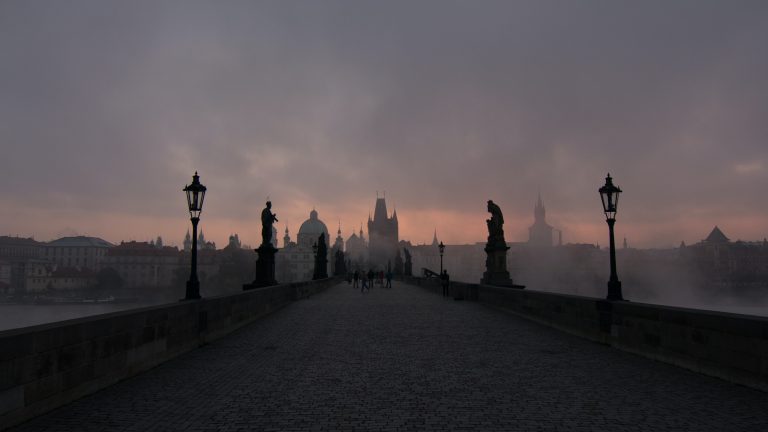 Do you find the dark unsettling? Have you ever watched the big game on your refrigerator? With all the conveniences of modern living available in your pocket, or at the press of a button, you have to wonder, what if Earth lost power for a week?

Could you communicate with the rest of the world? How much would it cost to restore the power? Would there be complete anarchy?

In 2019, a massive power outage crippled Venezuela, leaving the South American country in shambles. Armed biker gangs roamed the streets, policing the citizens at gunpoint.
Hospitals went without power, and ransacked supermarkets were left bare. But what if the power went out worldwide, and stayed off for a week? Would our global infrastructure collapse too?

The U.S. Energy Information Agency estimates that in 2015, humans used about 575 quadrillion BTUs of energy. With about 7.3 billion people on Earth, that’s enough energy for each of us to have 78 million BTUs.

So if a geomagnetic storm swept our entire planet, there’s no doubt there would be massive upheaval of social norms. This event, dubbed a Black Sky Hazard, would take out all our communication networks.

The storm, caused by coronal mass ejected from the Sun, would propel electromagnetic energy at the planet at the speed of light. The excited particles in the upper atmosphere would disrupt radio signals used by satellites.

You wouldn’t be able to contact your friends and relatives who live further away. Your cell phone may be fully charged, but without an active network, you’d essentially be holding a paperweight.

So in the beginning, you might not even realize that the outage is global. You may even enjoy the first night, since there wouldn’t be any electronic distractions, and you’d have a clear view of the night sky.

But there would be a cost. 30 minutes after the initial hit, a wave of electrons and protons would follow, damaging the electronic circuits in satellites. This deadly dose of radiation could also threaten astronauts in orbit or passengers in high flying aircraft.

Many of our satellites need space flight operators on the Earth to control their courses. With no one at the helm, satellites could crash into space debris or each other. Meanwhile, back on Earth, hospitals could face catastrophic effects from the power outage.

The energy currents produced by a geomagnetic storm could induce power lines to destabilize the grid’s operation. This massive surge could destroy transformers across the world.

The best backup generators are only able to provide about 24 hours of power. So intensive care units across the world would suffer tremendous losses. Ventilators wouldn’t function.

And medical staff would have to use manual devices, like rubber lungs, to keep patients alive. People who need dialysis would go without it, and doctors would have to make difficult choices about people’s lives.

And power plants across the world would fail. Whether they’re fueled by coal, natural gas, or nuclear fission, it could take days or even weeks to restore them to full capacity.

The cooling systems of nuclear reactors would fail, and total nuclear meltdowns would happen. It could take weeks to restore Europe’s massive interconnected power grid, which supplies energy to over 24 countries and 400 million customers. And none of this includes the cost in dollars, assuming that we’ll still be using money once the power comes back.

With the banks shut down, you wouldn’t be able to access the cash in your accounts. Let’s hope you left some cash in your piggy bank. But stores have limited stocks of items.
And without electronic cash registers and payment systems, things could get ugly fast.

The masses could grow restless, and take these essential items by force, if it means keeping their families alive. So with chaos reigning in the streets, could you drive away to the woods?

Well, unless your car has a full tank, you won’t be getting far. Gas pumps wouldn’t be functioning. Traffic lights wouldn’t work, and the roads could turn into a demolition derby.

But it’s not just your car at risk. Thousands of people would be stranded underground in subways. If you were flying, airports would have 24 hours to land the planes before their backup generators quit.

The world’s transportation industry would be crippled, and unable to deliver needed supplies. And depending on where you live, there’s more than the lack of supplies that should worry you.

It’s the sudden stoppage of services. Emergency services couldn’t take your calls. People stuck in elevators couldn’t call for help. And without furnaces supplying heat, people in colder areas would have to rely on burning wood, or a tight snuggle to stay warm.

And without power, the pumps in water towers wouldn’t work. So many areas would suffer devastating water shortages. You would have to conserve your water carefully, because there’s only so much left in the tanks to distribute.

Each glass of water would drain our supply. The electric sewage systems couldn’t pump away waste, so every flush could wreak havoc on your plumbing. This could cause an overflow of waste that backs up into your home. And that’s not all that’s going to reek.

On Day Two, the perishable items in your fridge will start to expire. And without garbage pickups, these rotting items would pile up in the streets. With so many of our services dependent on electricity, a geomagnetic storm wouldn’t just leave us bored without social media. It could leave us stinky, starving, and desperate.

And while this event might seem unthinkable to you, according to the World Bank, there are 1 billion people live without electricity. Worse still, hundreds of millions live with unreliable or expensive power, keeping several developing nations in the dark. To combat this, some experts are working to develop artificial intelligence that could predict power outages.

And there’s still a lot of research to be done on how to make renewable energy sources more reliable for mass consumption. But maybe you’re tired of living in this modern nightmare, and want to live completely off the grid.

What If Mars Was Half Land and Half Water?

How I Trained for World Chase Tag

What If a Marshmallow Hit the Earth at the Speed of Light?