What If You Were Raised by Wild Animals? 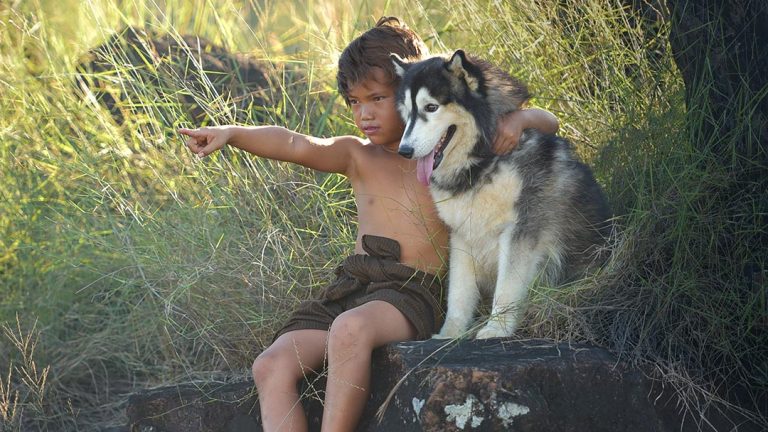 You’re lost in the jungle without any other humans around. You need to find a new family. Or your new family could find you. What would it be like to be raised by animals? How would you communicate and interact with them? And what would happen when you return to human society?

A child who has grown up with very little to no human contact is called a feral child. And there have been around 4,000 documented cases of feral children worldwide. Some of these cases could be exaggerated or even fabricated. But there are several real examples of children co-existing with animals.

One boy from Chile was living in a cave with dogs. Another young Colombian girl spent five years with an adopted family of capuchin monkeys. And these ostriches in North Africa sheltered a lost boy for six years. If you had a childhood like theirs and returned to human society, would you be able to live a normal life?

If you are a kid alone in the wilderness, it could be for many reasons. Maybe you wandered off and got lost. Maybe you ran away from home. Or maybe you were kidnapped. The only thing that matters now is how you survive. And fitting in with a pack of animals would be your best option. Upon first encounter, you would want to copy the social activities and language of the animals to fit in. Eventually, you would start to take on some of these behaviors.

Like the young girl adopted by capuchin monkeys, you would start to run on all fours. And for shelter, you’d climb trees to avoid danger when you sleep. If a pack of dogs took you in, you’d bark or snarl. That way, you’d be considered one of their own. Eventually, you could become the pack leader, like the case of one Russian boy who ran away from home at the age of four.

The most important thing for your survival would be finding food. And if you lived with a pack of animals, you would eat what they eat. If monkeys raised you, you’d eat berries and bananas. Growing up with ostriches, you’d graze on patches of grass. And with dogs, you’d drink milk from one of the female dogs in your new family.

Or maybe you find yourself with a pack of wolves. Then, you’d develop a taste for hunting and eating raw meat. If you adapt well to the lifestyles of your animal guardians, you could survive. But, like most of the children who have lived this way, you’d suffer from severe malnutrition. But things could get more challenging for you.

If humans discovered you, they would try and bring you back to civilization. But life with humans would be very challenging. You’d be confused, and you could suffer from depression or anxiety. You’d miss your animal family, and maybe you’d try to reunite with them. You could continue to walk around on all fours. You could have difficulty digesting cooked foods. Or maybe you’d have completely lost your appetite for anything but what you ate in the wild.

Depending on your age and how long you lived with animals, you might have forgotten other parts of your humanity. Learning to speak again would be a challenge. Research suggests that it is vital for children to learn to speak before puberty if they want to be able to form complete sentences. So your language skills may never return. You would need to develop some form of sign language to communicate.

You’d need to re-learn basic hygiene. You wouldn’t remember how to use a toilet or clean yourself in the shower. You could choose to keep sleeping on the floor instead of a mattress. Being introduced back into society would not be easy either. You would have trouble adapting to social cues and cultural norms.

If your animal family gave you love and care, you’d be missing them a lot. And if monkeys or ostriches raised you, you would constantly be misreading your encounters with other humans. Finding employment could be one of the biggest hurdles of all. Skills you picked up in nature would only apply to a few jobs.

If wolves raised you, maybe you’d make a good firefighter. That’s because your sense of hearing would be heightened. And you wouldn’t react strongly to radical temperature changes. You’d likely yearn for the great outdoors. So maybe a job like a forest ranger or tree planter deep in the woods would make you feel most at home.

What If a Dark Hydrogen Iceberg Fell to Earth?

What If You Could Untie Your Belly Button?

What If Jupiter’s Moons Scattered Across the Solar System?