What If Everyone Started Inbreeding Tomorrow? 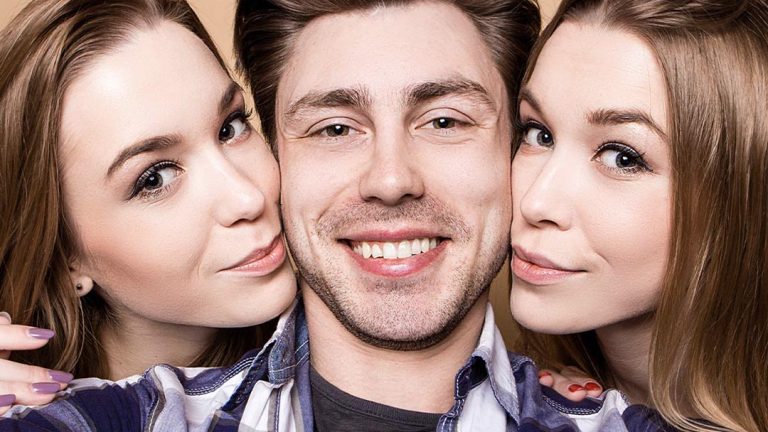 With so many varieties in our skin tones, hair colors, and features, the human race is a marvel of evolution. But what if we all decided to preserve our family traits? What if everyone started inbreeding tomorrow?

Would more children die? Would kids be more at-risk for disease? And, uh, exactly who would mate with who?

While inbreeding may be a topic reserved for today’s daytime talk shows, it was once a common practice among royalty. In 1661, Prince Charles II of Spain was born to parents who were uncle and niece.

Unable to speak until he was four or walk until he was eight, he was the product of centurires of inbreeding. Genetically speaking, his family history made Charles II more inbred than a child born to a brother and sister. So, if we all started inbreeding, would humans go extinct?

First, let’s clear up any confusion. Inbreeding is when two close relatives have a child together. Inbreeding is how early humans survived when there were not many people on the planet.

But 75,000 years ago, humanity almost faced a similar fate. The Toba volcano erupted in Indonesia 75,000 years ago, exploding with the force of one billion tons of dynamite. The debris and clouds blacked out the sky for almost six years, plunging Earth into an ice age.

It nearly wiped humanity off the face of the Earth. According to Dr. Barry Starr of Stanford University’s Department of Genetics, there were no more than 1,000 breeding pairs of humans left.

And with so few people, humans were forced to repopulate with, well, whoever was left alive. And often, that meant your own family. This explains why humans share 99.9% of our DNA. So to an extent, we’re all a little inbred. But that 0.1% difference in our DNA is hugely important.

And if we were to decide to keep our family traits in only our families, we might do some severe damage to our genomes. Let’s take a closer look. See, we all have 23 pairs of organized DNA, called chromosomes, in each cell’s nucleus.

And every pair of chromosomes has a copy of each parent’s genes. Some animals are inbred for their desirable traits. It may have given your dog its loveable, floppy ears. But in humans, the results may not be so cute or desirable.

If you breed with someone who has the same faulty genes that you have, it could produce a child who inherits a lot of medical problems. In fact, first cousins have an 8% chance of having a child with a problem after birth.

Your kids might develop cystic fibrosis, a blood disease, or even heart problems. But the real damage would come generations later. By then, with less diversity in your gene pool, it might be harder for your body to survive changes in the environment. Researchers at the Eindhoven University of Technology found that inbreeding may have caused the Neanderthals to go extinct.

Simulations show that this early version of humans lived in small groups. Their bad genes caused their birth rates to decrease, until eventually, they died out. And if our descendants can’t adapt easily, their babies could die more often than ours do. So, if you want to decrease the chance of that happening, you’ll need to breed further down your family tree.

But if you and your partner have the same bad gene, it’s more likely that you’ll pass it on to your child. But if both parents do not have the same genetic mutation, their chance of giving birth to a healthy baby is the same as a non-related couple’s. If we all start inbreeding, and parents become more aware of the risks to their children, it might lead to increased monitoring of the womb.

And parents might choose who their children mate with, based on the genetic traits of their family members. Generations of children could have their love lives mapped out before they’re even born. Since you’d all be marrying within your family, you would have a greater need for genetic counselors.

And for medical professionals to deal with the genetic diseases being passed to the children. If you become much more aware of the problems you might give to your offspring, would you take better care of yourself? None of us can avoid a genetic problem we’re born with. And we don’t control who our parents are.

But you might choose to control how much alcohol you drink, or eat better food, or even pop a vitamin now and then. While some people might think they could be preserving a culture or certain traits through inbreeding, it might have the opposite effect. And, like what happened to the Neanderthals, if there’s not enough cultural diversity, some genetic traits would just die out. If something causes our population to drastically decrease, we might have to think twice about inbreeding.

What If Moon landing never happened?