What If Humans Had a Mating Season? 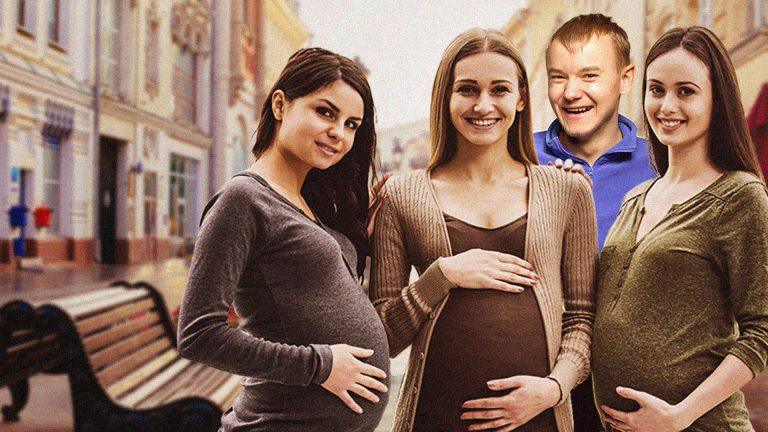 December is a very special month in many countries around the world. No, not because of Christmas. Because it’s baby-making month. Studies show December may have the ideal temperature to conceive. I mean, it is very cold where I live, if you know what I mean. And while this doesn’t mean humans have a mating season, imagine what would happen if we did?

Just like other large primates, we humans aren’t driven to reproduce due to specific seasonal cues. But scientists have linked peak birth months to seasons and even latitudes. In high latitude countries like Russia, Norway and Denmark, most babies are conceived in October. As you move toward lower latitudes, the peak moves later in the year.

Apparently, the ideal time to conceive is when the Sun is out for 12 hours, and the temperature is 10 to 21 °C (50 to 70 °F). Lucky for us, that doesn’t mean we have a mating season. Unlike other animals, who depend on storing energy for childbearing, the optimal timing isn’t really relevant to us. We have access to more resources and the flexibility to decide where in the world we live.

But what if all of a sudden we had a mating season and the same breeding rituals as, let’s say, deer?

It can take a woman an average of six menstrual cycles to get pregnant. And while surprise babies are a thing, we humans generally struggle when it comes to baby-making. So if a woman was like a typical doe, she’d be in heat for just 24 hours. That would give her only two days a year with the chance to get pregnant. Phew, stressful. Women would need a lot of mindfulness and yoga to get their bodies in the mood. Because it can take 29% longer to get pregnant if you are stressed.

Mating with different partners could become a way to lower that pressure. Just like the red deer, you could be polygynous, meaning you could mate with multiple partners to increase the chances of success. But not all humans would have the same mating season or ritual. Just like deer, we would use environmental clues to kickstart baby-making.

So the Northern and Southern Hemispheres would likely have opposite mating seasons. Males would also behave differently depending on where they were. Like the red deer, men in Europe and Asia would shy away from confrontation and use their voices to attract women. Not by singing or whispering sexy poems, but by roaring. The lower the roar, the sexier.

In northern places like Scandinavia, males would become aggressive like the reindeer living there, fighting one another to the death to test their strength. Only the strongest would have a shot at breeding. There would be a much more romantic approach in countries like Mexico, just like the mule deer. Courtship would be the weapon of choice for men and women there, with chasing games that could last for days. And a couple might even be able to stay together for a few days after mating.

After all the roaring, fighting and courtship, females who got pregnant would get together and wait for nine months for their babies to develop. When the time came, all of these women would give birth over a period of 10 days. Imagine millions of women in labor at the same time. The hospitals would be overwhelmed if they weren’t ready. And then, millions of people would take parental leave at the same time.

And remember how one man would be able to mate with different women? That means most of us would grow up in massive families, like herds. Better get used to sharing your toys with hundreds of siblings. These rituals and mating habits would mean that relationships between people of other countries would face barriers.

Can you imagine a North American man trying to win a fight against a Scandinavian using his voice? So even though we humans might have preferred weather and temperature conditions to make babies, it’s probably best to keep our options open and flexible.

What If Aliens Brought Life to Earth?

What If You Climbed the Highest Mountain in the Solar System?