If you traveled 10,000 years into the future, what would planet Earth look like? Would most of its surface be covered in volcanoes? Or would it be frozen in ice? What if you traveled even further, to one million years in the future?

Would all of the oceans have evaporated? Or would it have become one giant water world? Now, what about one billion years? Would there be any humans left? Or would they have settled in other parts of the galaxy?

Let’s face it, the chances of any humans being around to greet you when you arrive one billion years into the future are pretty low. Several key existential threats face the human race, and if we want to be around in one billion years, we’ll need to endure them all.

We’ve seen how much we’ve struggled to come together just to survive a global pandemic. So how do we have any chance of enduring the threats of climate change, overpopulation, global nuclear war, killer asteroids and comets, natural ice ages, and the Sun getting a lot hotter? Well, let’s take a look into the future and find out.

Just under 10,000 years from now, we’re going to run into a big problem called the Deca Millenium Bug. At 10,000 A.D., software encoding the A.D. calendar year won’t encode dates with more than four decimals. Remember Y2K? Yeah, it’s just like that. Except, hopefully, we won’t panic as much this time around.

On the bright side, in 10,000 years, genetic differences and traits between humans will no longer be regional. Traits like skin and hair color will be evenly distributed around the globe.

Maybe that will help us all get along, finally. 20,000 years into the future, none of the current languages will be recognizable. Future languages will only contain 1% of the core vocabulary words of their present-day counterparts.

50,000 years from now will mark a new glacial period for Earth, which will start a new ice age. Niagara Falls will have eroded into Lake Erie completely. And interestingly, a full day on Earth will also increase by 1 second at this point in time. Wow, so much more time for activities.

In 250,000 years, the Lō-ihi Volcano will rise above the water to form a new island in Hawaii. In 500,000 years, it is likely that an asteroid with a diameter greater than 1 kilometer (0.62 miles) will hit Earth unless we can prevent it.

The resulting crater will be no less than 400 km (248 mi) across. It will start fires all over the planet and make the air unbreathable. So, there’s something to look forward to.

And in case that’s not enough, in one million years, we’ll likely have another supervolcano eruption large enough to spew out 3,200 cubic kilometers (720 cubic miles) of ash.
It would produce enough lava to fill 75% of the Grand Canyon. This would be similar to the Toba eruption that almost wiped out humanity 70,000 years ago.

Oh, and the nearby star Betelgeuse will have exploded into a supernova by this time, making it visible from Earth even during the daytime. In 2 million A.D., humanity will have settlements throughout the Solar System. This also means that if populations on different planets have remained separate, humans may have evolved into other species adapted to their specific world.

In space, Mars will collide with its moon, resulting in it developing a ring system like Saturn’s. In 60 million years, the Canadian and American Rockies will have eroded entirely. In 80 million years, all Hawaiian islands will be below the water.

In 100 million years, an asteroid similar to the one that killed the dinosaurs 66 million years ago will likely hit Earth. One that is 10 km (6.2 mi) wide. In 250 million years, all of Earth’s continents will be fused together like Pangea, except this time, it will be called Pangea Ultima.

But don’t get too attached to it, because in 400-500 million years, Pangea Ultima will separate again. In 500-600 million years, a gamma-ray burst will likely occur within 6,500 light-years from Earth. If it strikes Earth, it could damage the ozone layer and trigger a mass extinction.

600 million years from now, the Moon will be so far from Earth that total solar eclipses will no longer be possible. The Sun’s increasing luminosity will have raised temperatures on Earth so much that it could halt plate tectonics’ movement.

In 800 million years, carbon dioxide (C02) levels will drop dramatically, and photosynthesis will no longer be possible. Free oxygen (O2) and ozone (O3) will disappear from the atmosphere, and complex life on Earth will die.

And finally, in one billion years, the Sun’s luminosity will have increased by 10%, and the average temperature on Earth will be 47 °C (117 °F). Our atmosphere will feel like a damp greenhouse. And our oceans will evaporate, leaving just pockets of water at each of the poles.

When you arrive here in your time machine, be mentally prepared to take in a planet Earth that looks nothing like the one you remember. The human race will be gone, hopefully living its best life on some other far-off planet.

Because of the intense heat, lack of water, and lack of breathable air, Earth will be uninhabitable. So you probably shouldn’t stay too long. Instead, you should head out to see the rest of the Solar System. 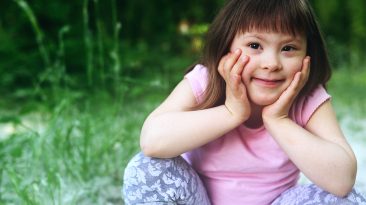 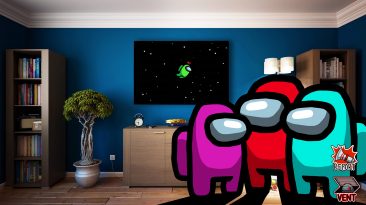 Among Us is a video game that has been taken the world by storm. It’s one of the most-watched games on Twitch and YouTube. Even politicians are playing it.But what... 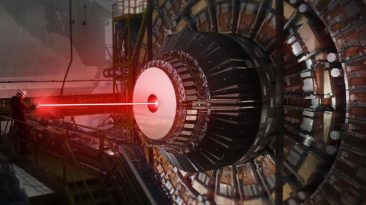 CERN, is the Nuclear Research laboratory on the border of France and Switzerland. It features the most powerful particle accelerator on Earth, the Large Hadron Collider...