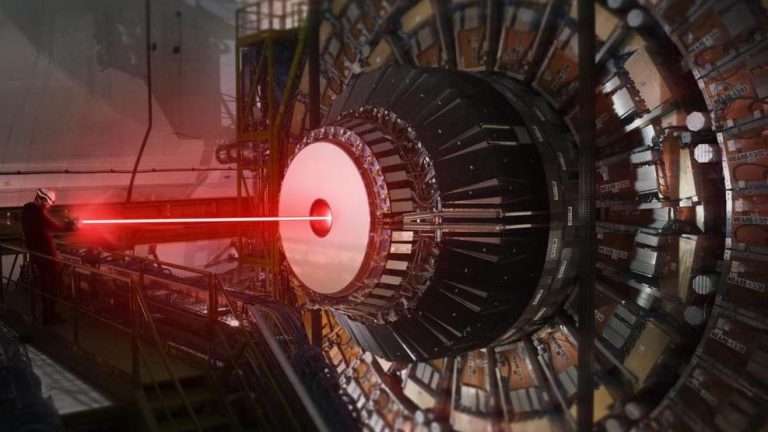 CERN, is the Nuclear Research laboratory on the border of France and Switzerland. It features the most powerful particle accelerator on Earth, the Large Hadron Collider, or LHC.

What does it do? It accelerates and collides particles at 99.99% of the speed of light. And maybe, it could produce the very first lab-grown black hole.

How big would that black hole be? What precautions would you need to take not to get sucked in it? And how long would it take it to destroy the entire planet?

Ah, black holes. Gravitational matter-devouring monsters traveling across the Universe on their own terms. Some of them are so big, they could gobble up the Sun in a day. Could scientists create one of those at CERN? Theoretically, yes. But could a lab-made black hole be the end of Earth? Let’s see.

The LHC is a 27 km (16.7 mi) ring of superconducting magnets. Inside, it accelerates particles to move at almost the speed of light. These particles are bound to collide. And when they do, they produce enough energy to create new particles.

We’re talking about very small amounts of energy here. The numbers are so tiny that scientists came up with a new unit of energy to measure particle energies at that scale. It’s called the tera electron volt (TeV).

Fourteen TeV give you new particles. One followed by 19 zeros of TeV would give you a black hole. Already picturing doomsday scenarios? That’s very much in the spirit of What If. But that’s not how it would go down.

If one of the experiments at the LHC ended with scientists creating a black hole, that black hole would be microscopic, as in quantum-level small. And it would have a mass about 40 million times smaller than the E-coli bacterium.

It wouldn’t get out of the accelerator and rampage across the planet, chewing up everything on its way. Well, it could get out, but because of its laughably small gravitational pull, it wouldn’t attract a single piece of matter. The black hole would lose its energy, through what’s known as Hawking radiation, long before it could gain any substantial mass. As if it never existed in the first place.

Even when folks at CERN build a next-generation lab, the Future Circular Collider, that’ll outpower the Large Hadron Collider, we’ll still be pretty safe. For a lab-produced black hole to potentially cause any damage, it would need to have a mass of at least 0.00002 g (0.0000007 oz). That’s about 50 times smaller than the mass of an ant.

It would take such a black hole nine octillion years to reach the size of one kg (2.2 lbs). And another decillion years to swallow up the Earth. The whole process would take longer than the age of the Universe. I’d say no need to worry about it at all.

The Earth doesn’t get destroyed every time physicists do something cool. Unfortunately.

What If a Hypercane Formed in the Atlantic Ocean Tomorrow?

What If Google Went Offline for a Week?

What If You Dumped an Iceberg Into a Volcano?