What If You Were Locked Up in the Most Dangerous Prison? 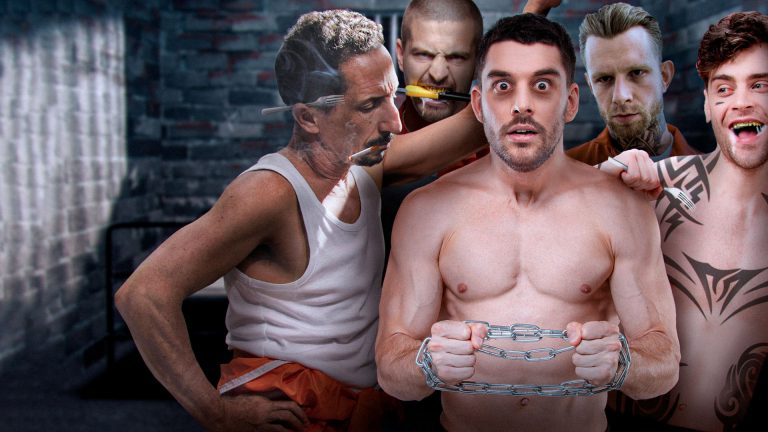 The jury found you guilty. The judge sentenced you to one of the most dangerous prisons on Earth. And if you’re not careful, you could spend the rest of your life behind these walls. Once you’re locked up inside, who can you trust? Could you successfully make a break for it? And what or who would you eat if they ran out of food? Pass the salt, please.

This is one of the worst prisons in the world. And now it’s your home. Whether you’re stuck in one of the dozens of camps in North Korea or an overcrowded facility in Rwanda, you might spend your days avoiding gangs and fighting off starvation. And you have nothing but time on your hands. So how will you spend it?

Because once that gate closes, the rules of the outside world won’t apply to you anymore. Now, your fight or flight instinct will kick in. If you’re backed into a corner by the other inmates, should you fight back? You’re about to spend two decades with some of the most dangerous people who have ever existed. But if you take things day by day, you might leave this place alive.

As you step inside these prison walls, your heart might begin to race. While this place might seem chaotic, it’s nothing compared to what’s happening inside your body. Stress could make your body produce hormones like cortisol, which could decrease your appetite. Considering what’s on the menu, that’s probably for the best. We’ll get back to that.

With these chemicals stirring inside you, they could send you into a panic attack or a fistfight. But be careful with whom you pick a fight. It wouldn’t be some schoolyard brawl. In prison, every relationship you build or ruin will have a consequence.

If you get sentenced to the Gitarama prison in Rwanda, your fellow inmates would be war criminals, sex offenders and cannibals. Gangs run life inside these walls, and if you want a chance to survive, you’ll need someone watching your back. This prison packs inmates in so tightly that no one can guarantee your safety, and don’t think solitary confinement will be any better.

You would be locked in a room just 1 m² (11 ft²) without a ceiling or even a bed. And with food supplies so low and no one looking out for you, some of these criminals have turned into cannibals. Sleep with one eye open because the inmates in here could eat you alive.

If you’ve been in solitary confinement this whole time, you could be suffering from anxiety and paranoia. But if you were in the general prison population with a gang, you might have established a reputation. In the defunct Carandiru Penitentiary in Brazil, a gang could have helped you survive riots and malnutrition.

Hoarding food and medical supplies could help you avoid starvation and disease. You wouldn’t get any professional medical help because doctors avoid entering this facility at all costs. With all the violence and death in here, maybe it’s time to plan your escape.

You’re halfway through your sentence and more than ready to leave this hellscape. But how are you going to get out? Remember, relationships in prisons can payout in different ways. If you’ve made friends with the guards and staff, you might earn someone’s trust. And getting intimate details about their lives might give you the leverage you’ll need to escape.

Whether it’s through blackmail or a romantic encounter, these choices might be your only way out. Unless you’re ready to start digging, and that might take another six months. After all, it took three prisoners six months to tunnel out of Alcatraz in the U.S. And if you get caught, do you think you could last in this prison much longer?

If you gave up hope of escaping, you could find work in a prison factory, earning around $1.15 per hour. That may not seem like much, but this cash could pay for food from the commissary in prisons like California’s San Quentin. And now you don’t have to eat, well, whatever that is. But don’t get too laid back in that sunny prison yard. In San Quentin, some of the worst serial killers in history would be your fellow inmates.

But even some of the worst prisons offer educational programs and time to exercise. You could spend time improving your mind and your body. Because once you’re back in society, you’ll have to adapt. Hopefully, you’ll never have to come back here. Of course, some circumstances could make you feel like a prisoner anyway. What if you were trapped in a grocery store for the rest of your life?

What If You Ate Nothing but Chocolate for a Month?